When people see April 15th on the calendar most think of tax day. Yes, taxes have to be post marked by midnight tonight.
Other people may think of April 15th as being the anniversary of when the Titanic sank in 1912. Not a happy day, but it has earned millions for Hollywood's box offices. How sad. 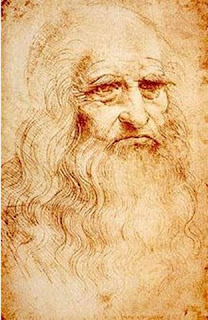 When I think of April 15th I think of the anniversary of the birth of one of the world's greatest painters and most versatile geniuses in history: Leonardo da Vinci. Da Vinci was born in the year 1452. He was a master, it seemed, in all that he did. He was trained to be a painter, but his interests and achievements spread into an astonishing variety of fields that are now considered scientific specialties. He studied anatomy, astronomy, botany, geology, geometry, and optics, and he designed machines and drew plans for hundreds of inventions including the helicopter, before it
was possible to even build one.
Because da Vinci excelled in such an amazing number of areas of human knowledge, he is often called a universal genius. However, he had little interest in literature, history, or religion. He formulated a few scientific laws, but he never developed his ideas systematically. He was most of all an excellent observer. He concerned himself with what the eye could see, rather than with purely abstract concepts. 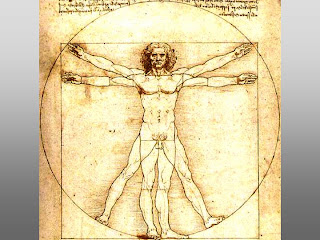 And who can forget his Vitruvian Man drawing..... Like other artists, da Vinci was interested in the proportions of the human body. He drew a famous study of human proportions based on the statement of the Roman architect Vitruvius that the "well-shaped man" fits into the perfect shapes of the square and circle. According to Vitruvius, the parts of the body are related to one another in ratios of whole numbers, and these ratios should be used in the design of architecture. Leonardo's drawing of the Vitruvian man, done about 1487, is one of the most famous images in European art.
I feel fortunate to live in a city that hosts da Vinci Days A 3-day festival celebrating art, science, and technology. It is where art and science collide. Da Vinci Days has electric car races, kinetic sculpture races, film festival, sidewalk art, as well as music in the evenings. If you find yourself in Corvallis in mid-July it is well worth checking it out.
Here are a few pictures Troubadour and I have taken while watching the parade and kinetic sculpture races. 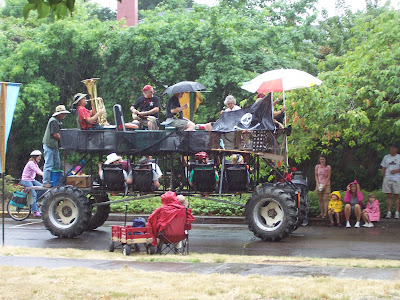 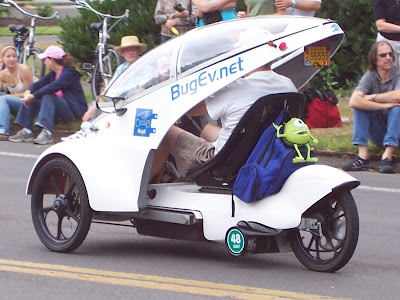 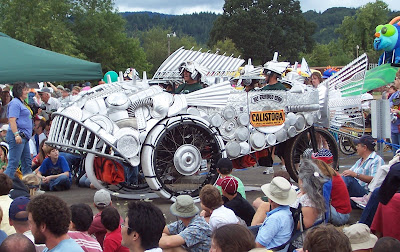 " Simplicity is the ultimate in sophistication." Leonardo da Vinci
Posted by Trobairitz at 10:20 AM