.
Today was a typical Sunday. Wake up, drink some coffee, putter on the computer, drink some more coffee. You know how it is.
By 9:30 we decided there should be more to our day. The sun was shining and it looked promising. There were two things we wanted to get done were to wash the car and install the trailer wiring harness and also to give Max a good scrubbing. Okay, I guess that is actually three things. We managed to get the car washed and wiring harness installed quickly with no problems. 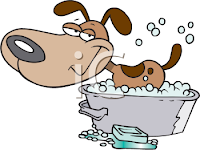 We then moved the car closer to the end of the drive and brought Max out of his hiding spot in the garage. Armed with a sponge each we started scrubbing all the road grime off him.
I will admit that Troubadour did most of the scrubbing. I didn't get any pictures of the bike all suds up, as that wouldn't be proper. No one wants a picture of them taken while in the bath.
It was after 11:00 when we finished and decided we should go for a ride. Troubadour opted to take the Tiger rather than the America. We headed out thinking we'd be going to the coast for chowder.

A little ways down the road Troubadour pulled over in a parking lot to reevaluate our destination. The clouds towards the coast and Mary's Peak looked a little ominous. Change in plans.
We thought we'd meander towards Salem on the back roads and see where we'd end up. We took a roundabout route North of town and East across 99w to head North on Independence Highway. Troubadour was wondering how I was doing since we didn't have the radios with us and found a spot to pull off the road. There isn't really a designated rest stop on the way but he did manage to find something.
For us it was a simple Sunday rest stop, for many it is their final. We pulled over at the Hilltop Cemetery, just 3 miles south of Independence on the Corvallis/Independence highway.
This gave us a chance to stretch our legs, chat a bit and decide whether to continue or head back. Oh yeah, and it gave us a photo opportunity too. 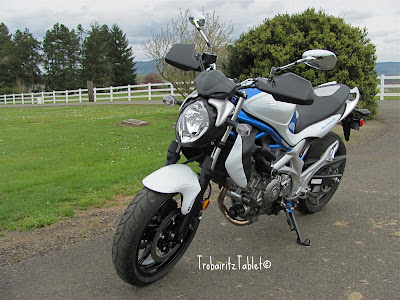 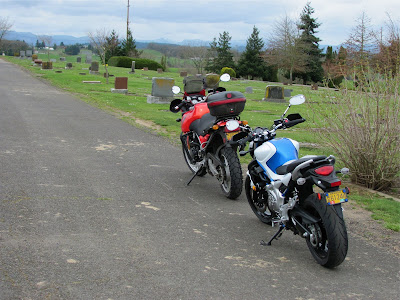 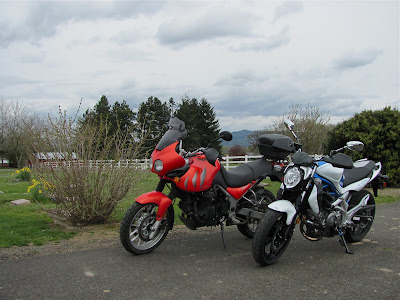 We took turns passing the camera back and forth to get shots at different angles. I admit, I asked him to stick out his tongue.... 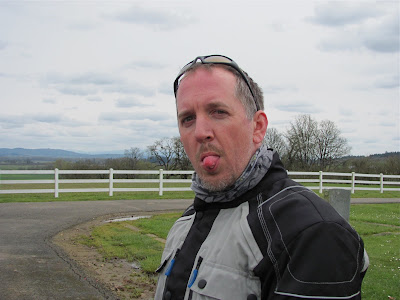 He returned the favor. Unfortunately the wind was blowing my hair in my eyes so I'm all squinty in the picture he took. 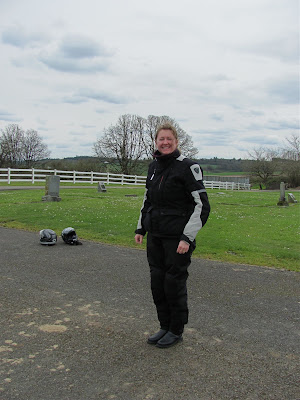 Me thinks Troubadour is much more photogenic than I. We took a few more pictures before deciding the weather was not as warm as we'd hoped and our hands and feet were getting chilly from just standing. The sun wasn't shining and neither of us really felt like going to Salem and having sushi for lunch. 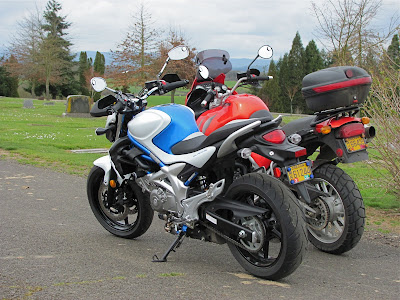 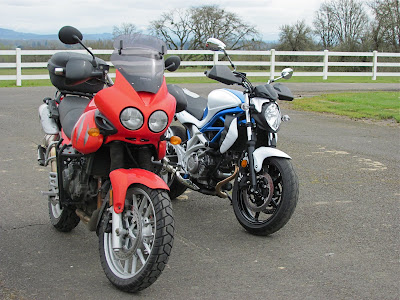 We pointed the bikes towards home and thought of the pellet stove and a steaming pot of coffee. We were about a mile from home when a fairly young deer decided it needed to cross the road. Oncoming traffic stopped and we did too. I revved the bike a bit thinking the IXIL exhaust would spook it into deciding which way it wanted to go. Cross the road one more time or head into a park... It opted to cross the road one more time, as we figured it would. This occurred at the crest of a hill on a left-hand corner so we were glad both bikes were equipped with hazard flashers. We both thought to put them on in hopes that no one would rear end us.
It was a shorter ride than we anticipated but at the same time it was nice to get back out on Max and get more comfortable on the new bike. The hand guards were money well spent. Between them and the grip heaters my hands weren't cold. The tips of the fingers were a little chilly but nothing compared to what they were like before. I also appreciate the power and weight of the bike. It is nice to have power in reserve to roll on it if needed and I also feel as though I am cornering smoother and even leaning a little more, as it just feels right to lean this bike.
I am definitely looking forward to warmer days and putting many more miles on Max.
- Au Revoir
"The feeling of Sunday is the same everywhere, heavy, melancholy, standing still." ~ Jean Rhys
.
Posted by Trobairitz at 3:55 PM