We aren't big into holidays, no real surprise there.

And because Portland's unofficial motto is "Keep Portland Weird", here is a Holiday picture for you.


Disclaimer:  While we may think we look cool on our motorcycles or scooters, we'll probably never be Darth Vader dressed as Santa in a kilt, riding a unicycle and playing flaming bagpipes cool.

"The main reason Santa is so jolly is because he knows where all the bad girls live." - George Carlin
.
Posted by Trobairitz at 10:14 AM 32 comments:

Okay, it wasn't so much a hike as it was a stroll through the woods.  The Friday before last I had the day off and Troubadour and I decided since the weather was so poor and the fog wasn't lifting enough for a ride, we'd go for a hike.

We decided on William L. Finley National Wildlife Refuge south of town.  We've hiked there before. It is great if you want a walk in the woods without mountain bikes, joggers, or pets on the trail.

We decided on a trail we didn't walk the last time, the Woodpecker Trail.


We slowed our pace when we started to see the birds flitting about.  We saw a few woodpeckers. The Black Capped Chickadees were chirping at us and we also saw a Steller's Jay or two.   Rare for us since we usually see the loud squawking Western Scrub Jays.  We walked a little slower looking and listening to the sounds of the forest, muted by the dense fog. 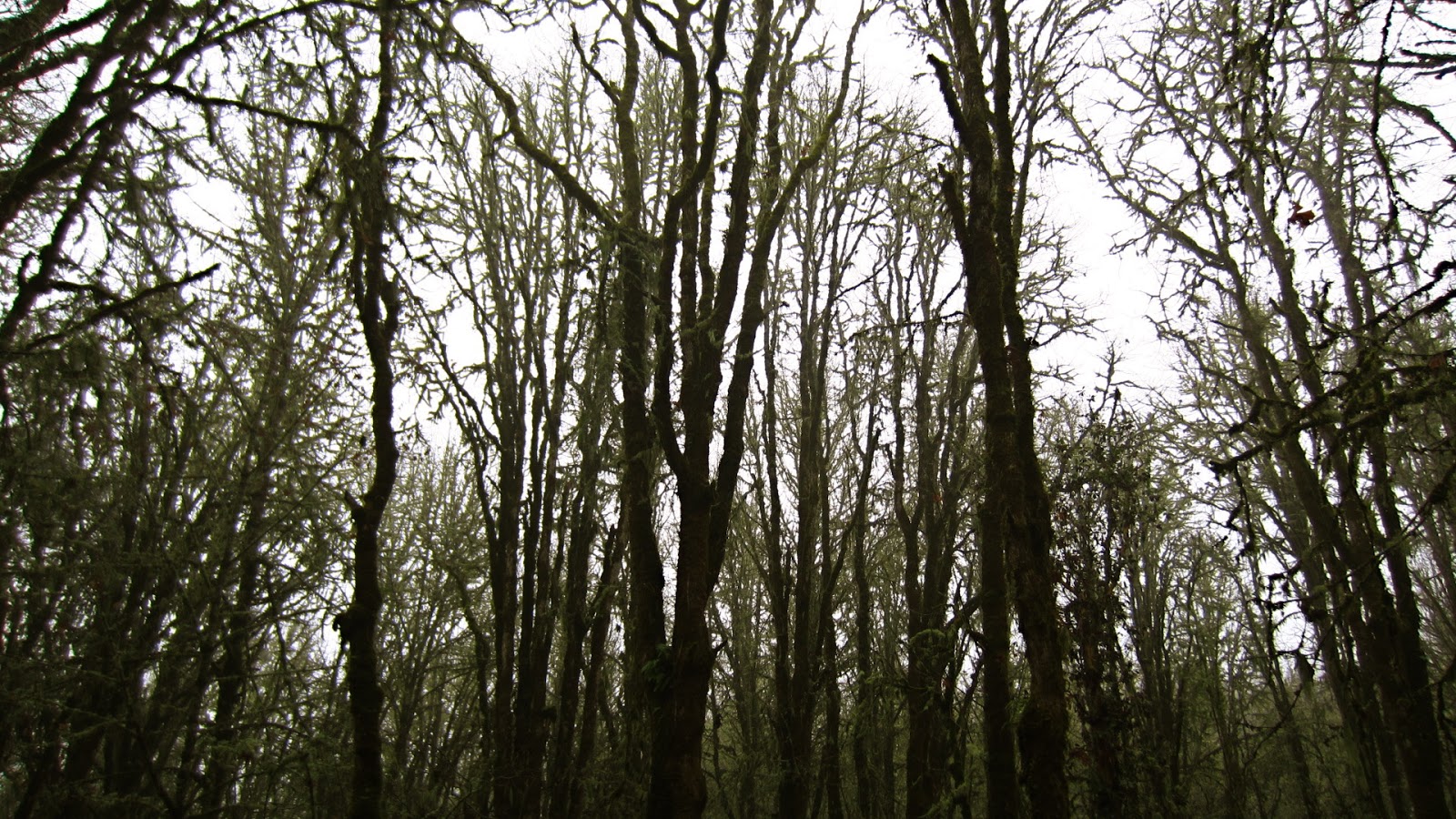 We eventually looped back around and made it back to the car.  On the way out we thought we'd find another short trail, but it was getting later in the day.  We opted to take a few pictures of the Fiat in front of the old barn and homestead then go home.

As we were leaving we decided to take one side trip into a lookout area.  The gazebo was open but the Cabell March Trail was not due to wintering water fowl.  We attempted a few pictures, but had the wrong camera for the zoom we needed. I apologize these are a little fuzzy.


We went home and had a nice chai tea latte to warm up.

Our weather lately has been alternating between pouring down rain and dense fog.  Neither one motivating for a ride on two wheels, whether pedal powered or fuel injected.

We shouldn't really complain since our weather has been above freezing and last year we had snow at this time.  Our high today is forecast to be 47˚F (8.3˚C) and you guessed it - rain.  Oh well, all this rain makes for some pretty greenery, except now we need to mow the lawn if it ever stops raining long enough to dry a bit.

" Sometimes we need the fog to remind ourselves that all in life is not black and white." - Jonathan Lockwood Huie
.
Posted by Trobairitz at 6:47 AM 28 comments: 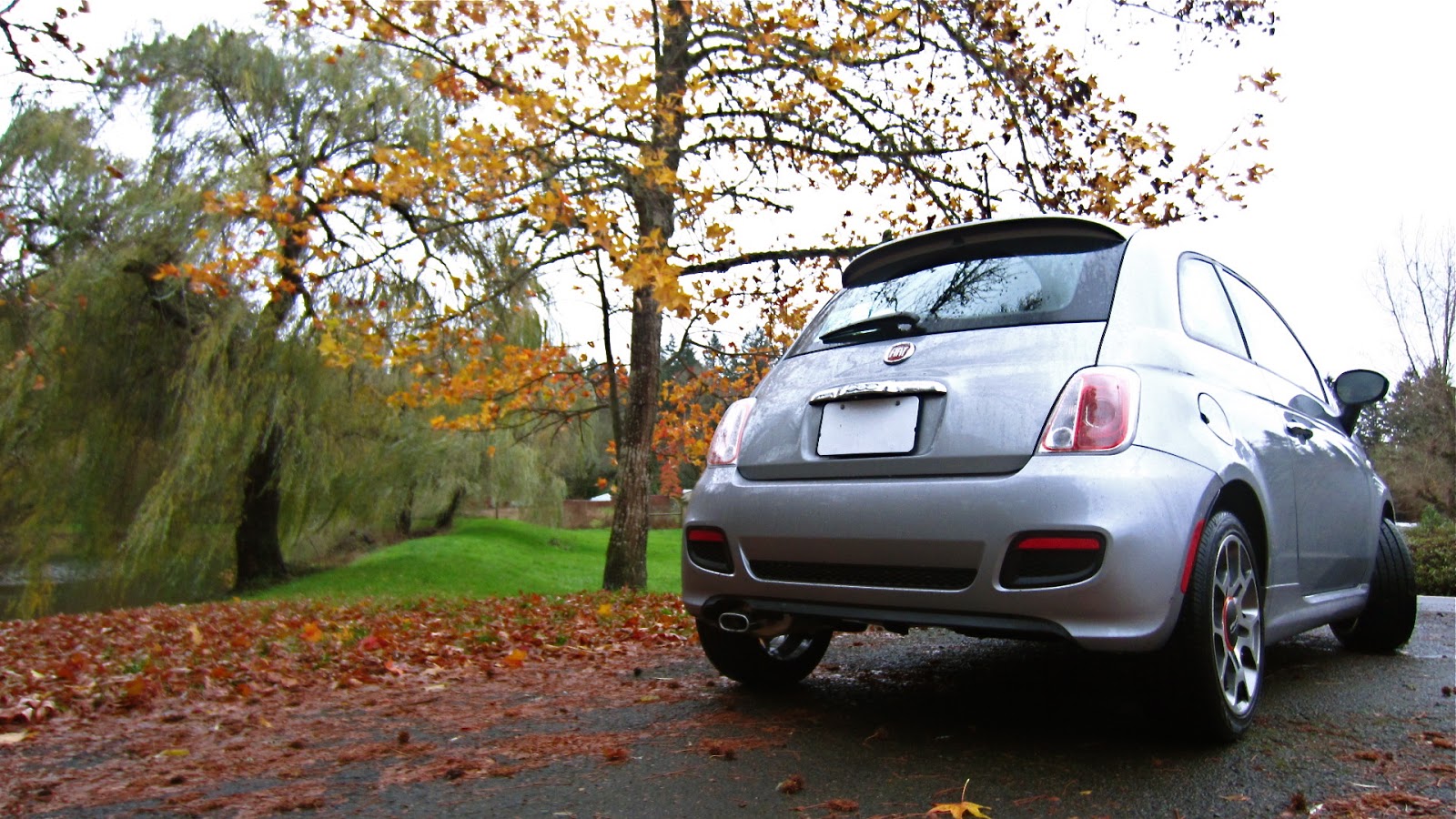 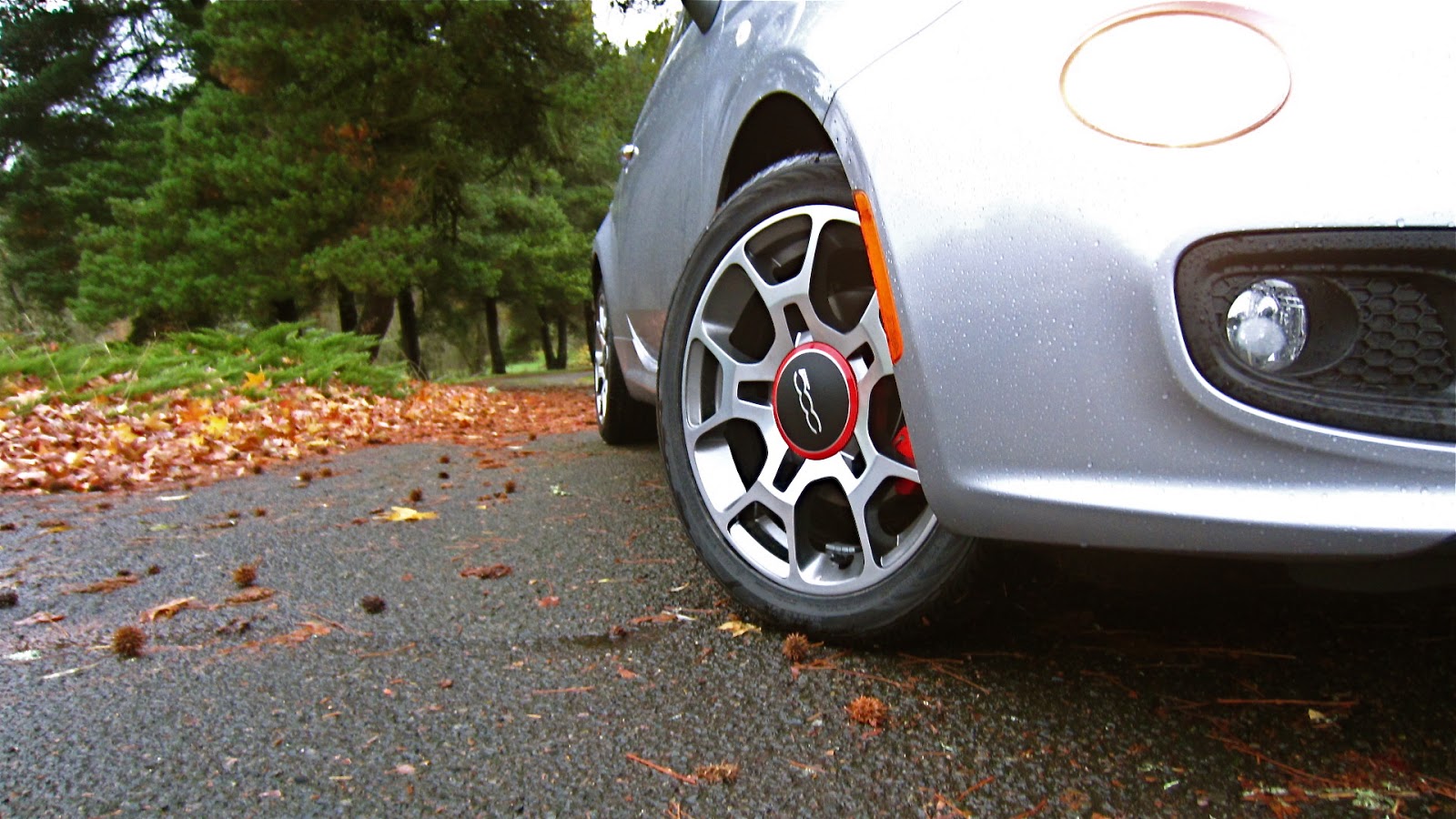 " I must scream it to the world, my excitement from the top of someplace very high. Do you know many Ferraris?" - Luigi in Cars
.
Posted by Trobairitz at 6:38 AM 47 comments:

So Nice He Rode It Twice

Last Wednesday (the day before Thanksgiving here in the USA) Troubadour was off work at 11 am, while I had to work until 4 pm.

He was kind and came and took me out for lunch.  We went to Vietnamese Baguette, one of our favorite places in town for a quick, hearty, and inexpensive lunch.

While I went back to the office he went home to take both big bikes out for a rip. The tires needed rotating and the oil needed stirring.  They hadn't been out since our trip to the Tillamook Air Museum in October, sad I know.

Wednesday happened to be a dry day that wasn't too chilly. With rains on the way he took advantage of the break in the weather.  He decided on a run up Marys Peak, the tallest Peak in the coastal range in Oregon.  From the turnoff at highway 34, it is 13 miles of twisty fun on a paved forestry road that is just one and a half lanes wide.

First up was Max.  I'd asked him to get a few pictures for me as I don't have any fall ones with the checkers on the tank.

He took even more photos than I anticipated.  Here are some highlights. 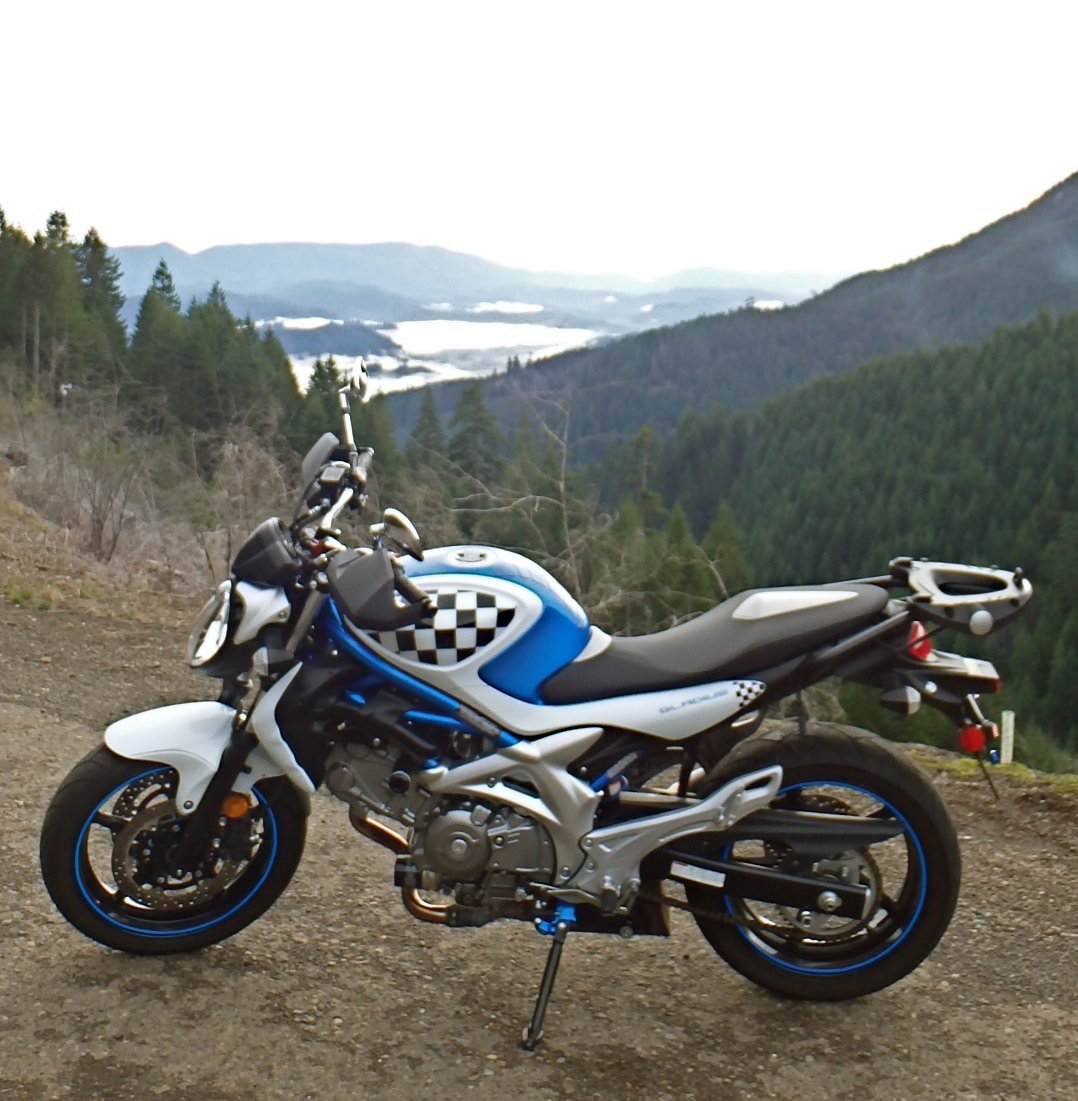 Then he went back to the house for Lucy and did the same route up Marys Peak.  A route so nice he rode it twice.  I've included just one of his Lucy pictures in case he finds time to blog about his rides.

He was having fun, but reported the wind gusts at the top were strong enough he thought the bikes might tip off their stands.  Needless to say, I managed to beat him home by a few minutes. He had a smile on his face. I think both he and the bikes were happy.

Not much other riding going on. Most of our mountain bike trails are all closed except to hikers until late Spring due to rains.  Bikes and mud make for messy trails with deep ruts.

Our weather has been alternating between pouring down rain to freezing cold and 23˚F (-5˚C). We've managed a few long walks around the neighborhood but no hikes.

We are trying to ward off hibernation, but the sofa and hot coffee are calling.

"Wherever you go, no matter the weather, always bring your own sunshine." - Anthony J. D'Angelo, The College Blue Book
.
Posted by Trobairitz at 7:44 PM 39 comments: