Decision Made - Sort of - I Think

It has been a month since I posted so I figured I'd best write an update.....

As we researched and narrowed the field regarding bikes we noticed that the 2016 Honda CB500x seemed to tick all the boxes.  Well, ticked all but one.  It is not available with a  gear indicator, which I am used to on the Gladius.  This isn't a deal breaker though.
Earlier in September we had a week off and one day went to a Honda dealer about an hour or so away.  They had a 2016 in stock and we had every intention of taking it home that day.  Troubadour took it for a test drive and thought it was great.  Unfortunately the salesman had all the personality of a wet-blanket and it was like pulling teeth trying to engage him in conversation.  He gave us what he said was his rock bottom price, $250 off MSRP.  Unfortunately this was still $150 more than the Honda dealer in Medford, a few hours to the south of us.  Alas, the salesman would not budge even a bit.

We decide this personality/salesman did not deserve our dollars.  While we were disappointed, it gave us time to think.  This was on a Friday and we had the following week off.  We hummed and hawed and debated about driving down to Medford, the only other dealer in the State with this bike in stock.

I was reluctant to drive down just for the bike.  Would we have to trailer it home? Would one of us ride it home? Would we ride down two up on the Tiger and both ride back?

On the weekend Troubadour suggested that we drive to Southern Oregon for a hiking trip and he would take his gear just in case we decided to drop in, and if the stars aligned buy the bike.  After more discussion we decided to go ahead and do it but opted to take the Subaru as there was a nice trailer for sale down there and if he decided to purchase it, the trailer could then be hauled home, with or without a bike on it.

Monday morning we packed a small overnight bag and some snacks and headed out.

We made it down to Medford by 1 pm.  We found Shinsei Sushi for lunch and they had several vegan sushi rolls and the best seaweed salad I've ever eaten. We then wandered a bit in REI.  I was looking for a hiking book on the area and they had the one I wanted.

From there we scoped out the Honda dealer. They were closed Monday but at least we knew where it was.  It was getting later in the afternoon so we thought we'd best check out somewhere to stay for the night.  Our first two dinner choices were in Ashland, which is 10 miles south of Medford and only 16 miles north of the California border.  We drove to Ashland, home of the Oregon Shakespeare Festival.  While there we looked at a few hotels online and then looked for one of the dinner places -  Blue Toba.  Closed Mondays, doh!

Notice how we haven't done any hiking yet?  I kept telling Troubadour he lured me to Medford under false pretenses to get me to check out the bike shop. He didn't deny it too hard. 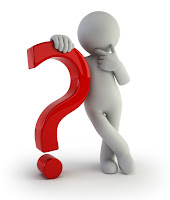 We looked up our second choice restaurant, Agave, on our phones and it too was closed on Mondays.  What the hell? Does no one eat on Mondays in Southern Oregon? Back to the HappyCow app on our phones and our third choice was back in Medford so we decided to find a hotel there.

We stopped at a Best Western and they didn't have any rooms with a king bed, just one with two queen beds. I asked Troubadour if he wanted to sleep in separate beds.  Sleeping with both of us in a queen size didn't even cross my mind.  Nope sorry, look some more. We did find a Comfort Inn that was nicer than the Best Western and it had a king room. available.  We got checked in, looked at the room and decided to find dinner.

The Siam Cafe wasn't very exciting, just your average Thai food, but with small portions. It certainly was no Woodsman, which we get at home.  At least the place was open.  By this time it was early evening so we just headed back to the hotel.

Morning dawned and we made some tea and ate our raisin bread and peanut butter for breakfast.  We checked out and headed to Starbucks for a latte.  As we were drinking our coffee we chatted about the potential bike purchase and why I had a niggling/gnawing feeling about maybe not purchasing one just yet. The trailer Troubadour was interested in was a bust.  He couldn't get anyone to call him back. So to get a new bike home we'd either have to rent a U Haul trailer, which are pretty heavy for the Subaru to haul, or Troubadour would have to ride it home.

When all was said and done I decided I would feel better selling the Gladius first.  I had just ridden it to Saturday morning coffee and it was making my right hand and forearm sore just riding the 5 miles.  At one point in time I wouldn't have dreamt of letting it go, but it is time. I just don't enjoy it anymore and the fiscally responsible thing to do is to sell it prior to purchasing a new bike.

So, we drove by the Honda shop without ever stopping in, cue facepalm. I didn't want to stop by lest I really be tempted.  As we headed further out the highway I checked out the map in the glove box.  (Yes I really used a paper map).  I noticed we were on Highway 62 heading northeast toward Diamond Lake.  Hmmmm.....Troubadour and PolarBear were headed to Diamond Lake on that Friday for the Dog Face Dual Sport Rally. (I am sure one of them will blog about it eventually)  I suggested we keep going and take the long way home, which meant we could avoid driving part of I-5 and also he could scope out the camping for Friday.

It was a good route to take and more than once one of us mentioned it would be a nice road on two wheels.  We arrived at Diamond Lake around lunchtime.  We parked at the lodge and decided to walk along part of the paved bicycle path that goes around the lake.  It actually took us by some of the rental cabins and through parts of the campground. Here the camera finally came out.

By this time we were pretty hungry so we walked back to the car, explored the lodge a bit and then ate our apples for lunch.  We had a few options for getting home and we chose Highway 138 into Roseburg then up I-5.


We stopped at the Safeway store in Roseburg for a few bananas for dinner and finished up the final leg home.

The following day we tidied up the Gladius, took the v-strom hand guards off as well as the Givi tail bag and plate, then gave it a good wash.  We listed it for sale but so far have had no bites.  It is getting to be the wrong time of year as we are into fall and winter is looming. Sigh.

So, now I must be patient.  If a smokin' deal came along on a bike we may well pull the trigger fiscal responsibility be damned, but if not I am happy to wait until Spring.  I still have the TW200 (when the new battery arrives next week) and can still ride the Gladius in the meantime notchy throttle and all.