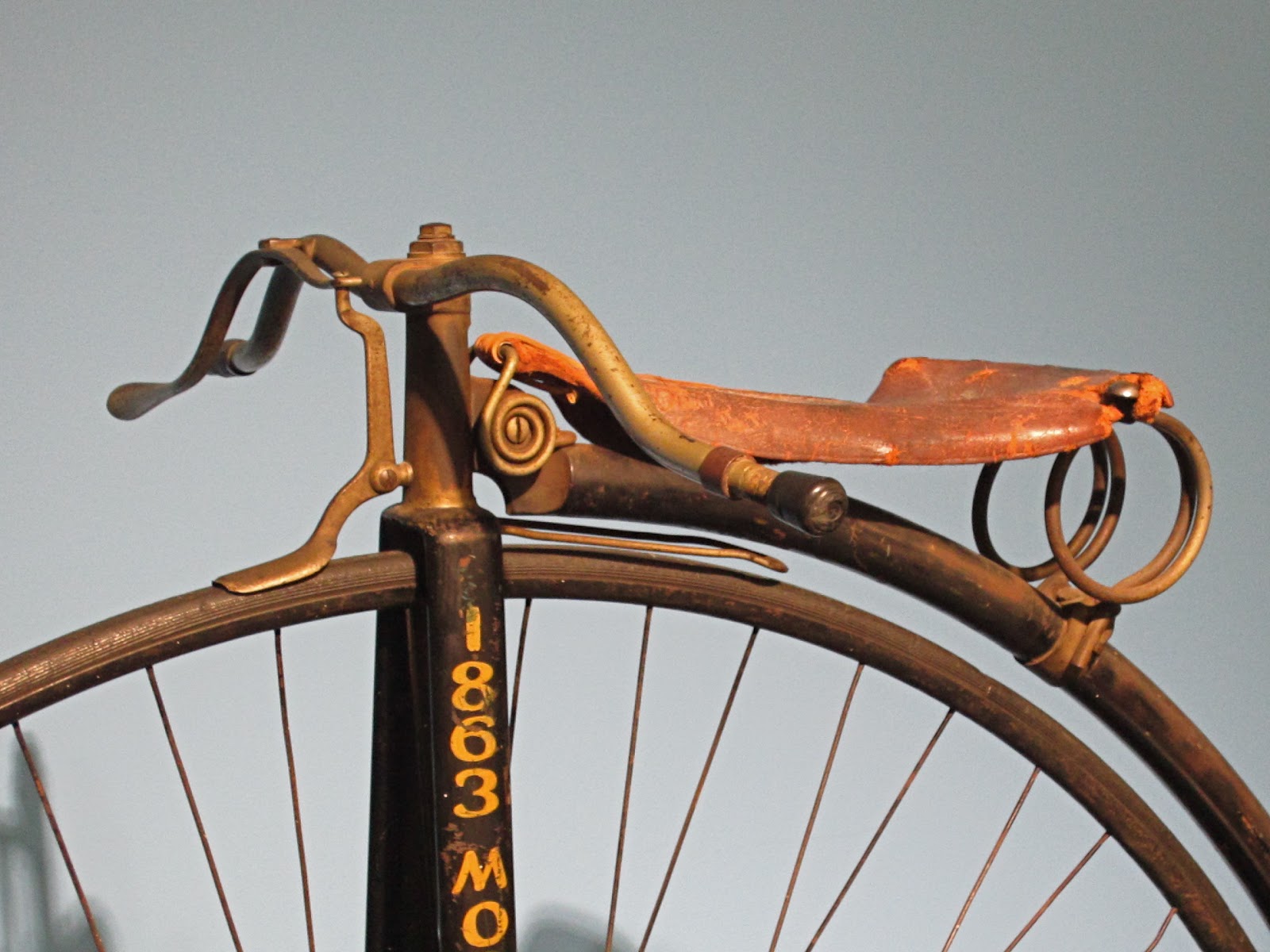 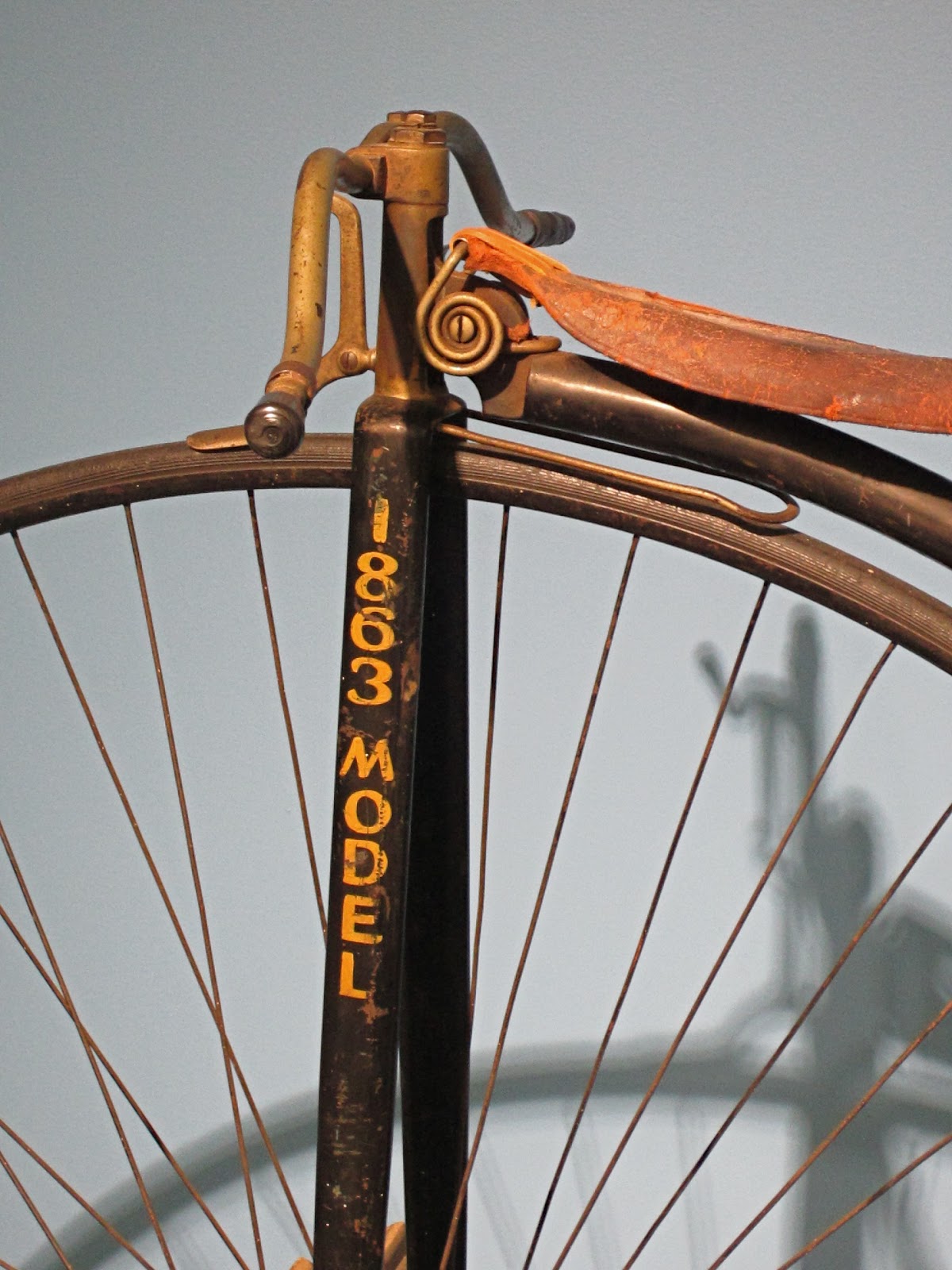 "I drive around in Milan on my scooter alone - we don't have bodyguards or anything like that.  I am a fashion designer, not a celebrity, and although I get stopped for autographs and the like, I don't think I am famous." - Stephano Gabbana
.
Posted by Trobairitz at 6:30 AM 34 comments:

Motorcycles at the LeMay

As mentioned in my previous post, the lure for us to return to the LeMay museum was a reference to a vintage scooter display.

Not only did they have a scooter display, but also over a dozen more vintage motorcycle scattered through the four floors of the museum.  First up the motorcycles.  I realized I had enough pictures to split this into two posts, one with motorcycles and the other with the scooters.

As we walked in the front doors we were greeted by a grouping of vintage motorcycles. 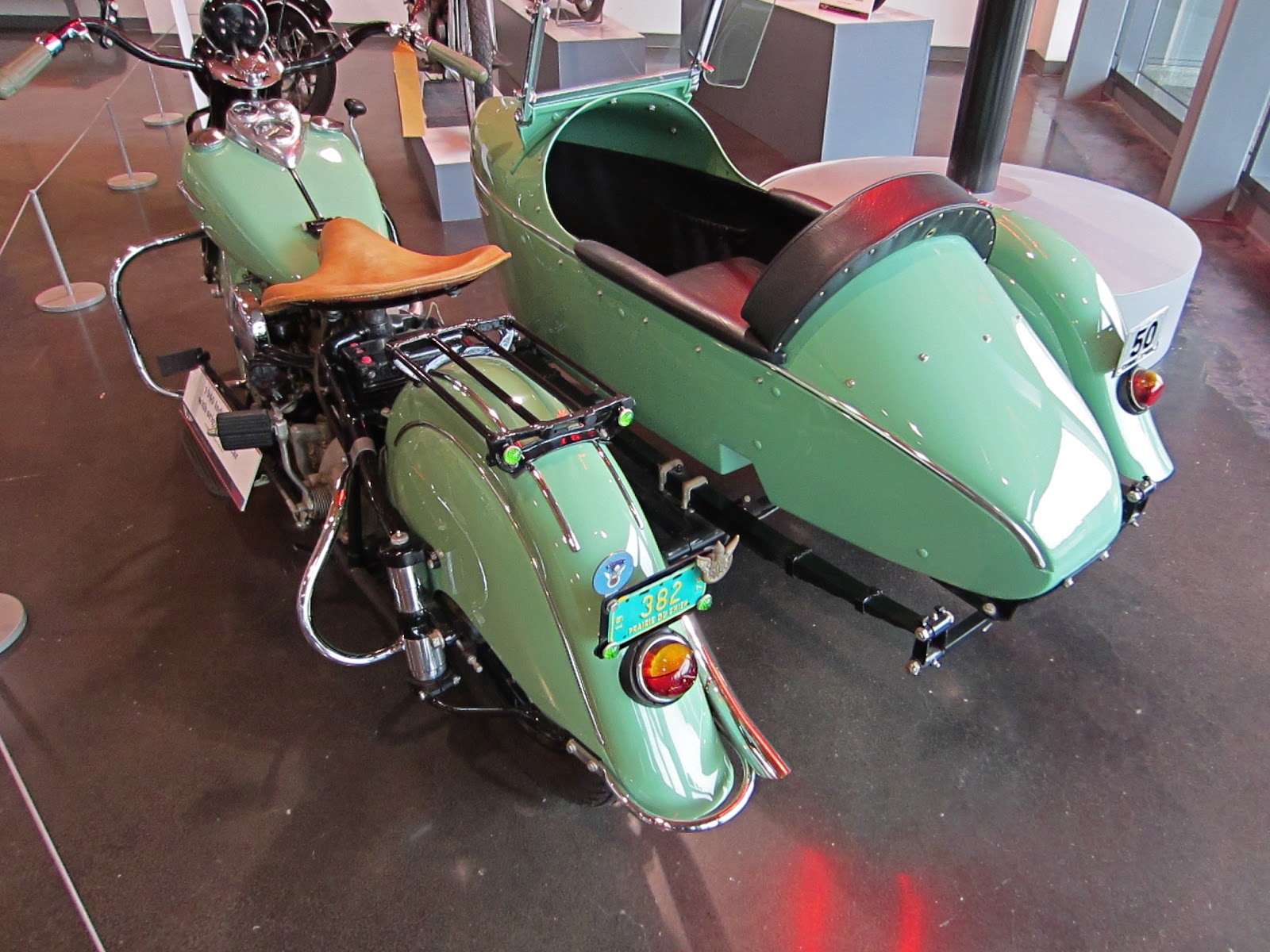 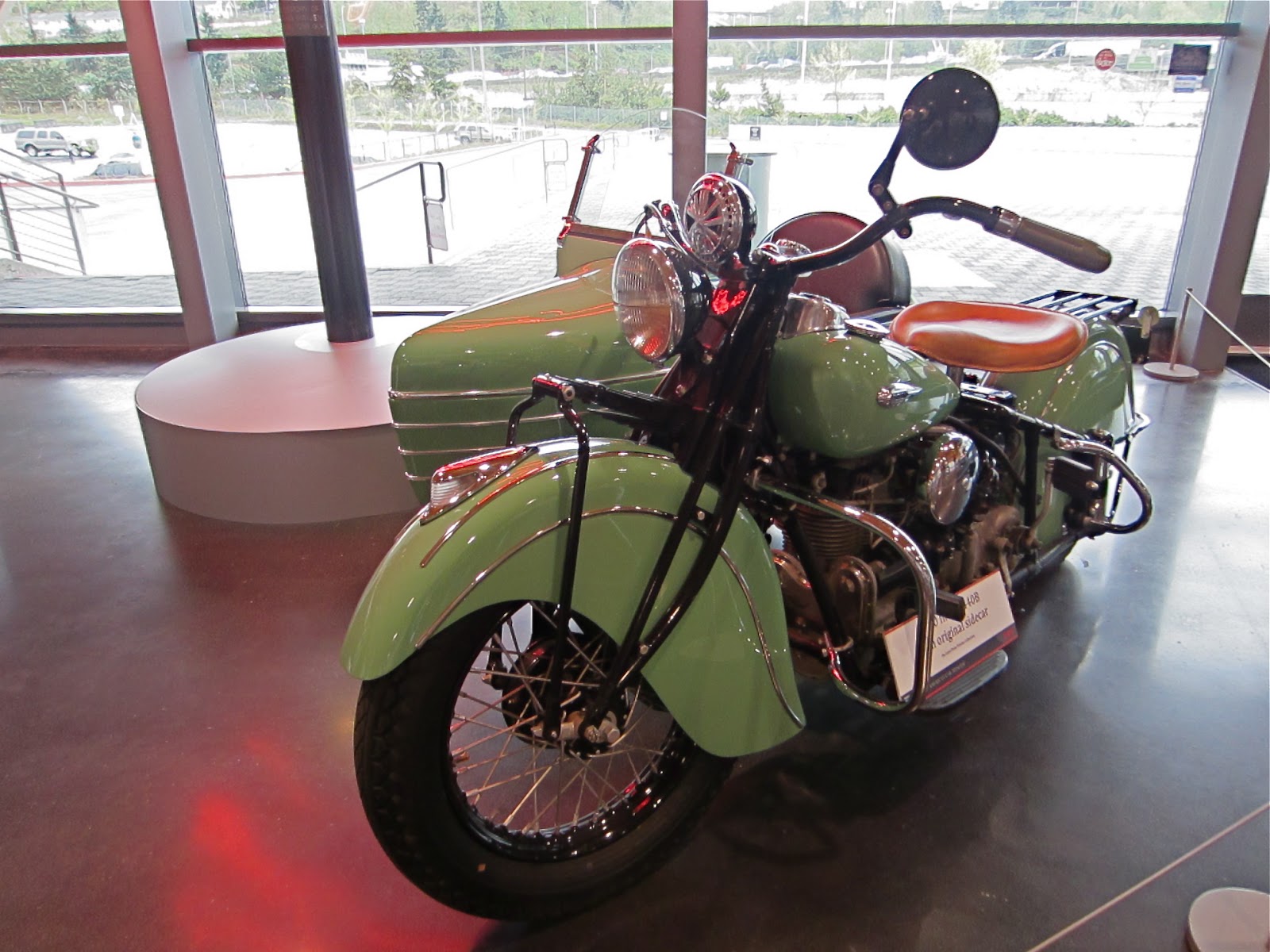 While not technically a motorcycle I had to include this little rig that was at the front of a row of electric vehicles. 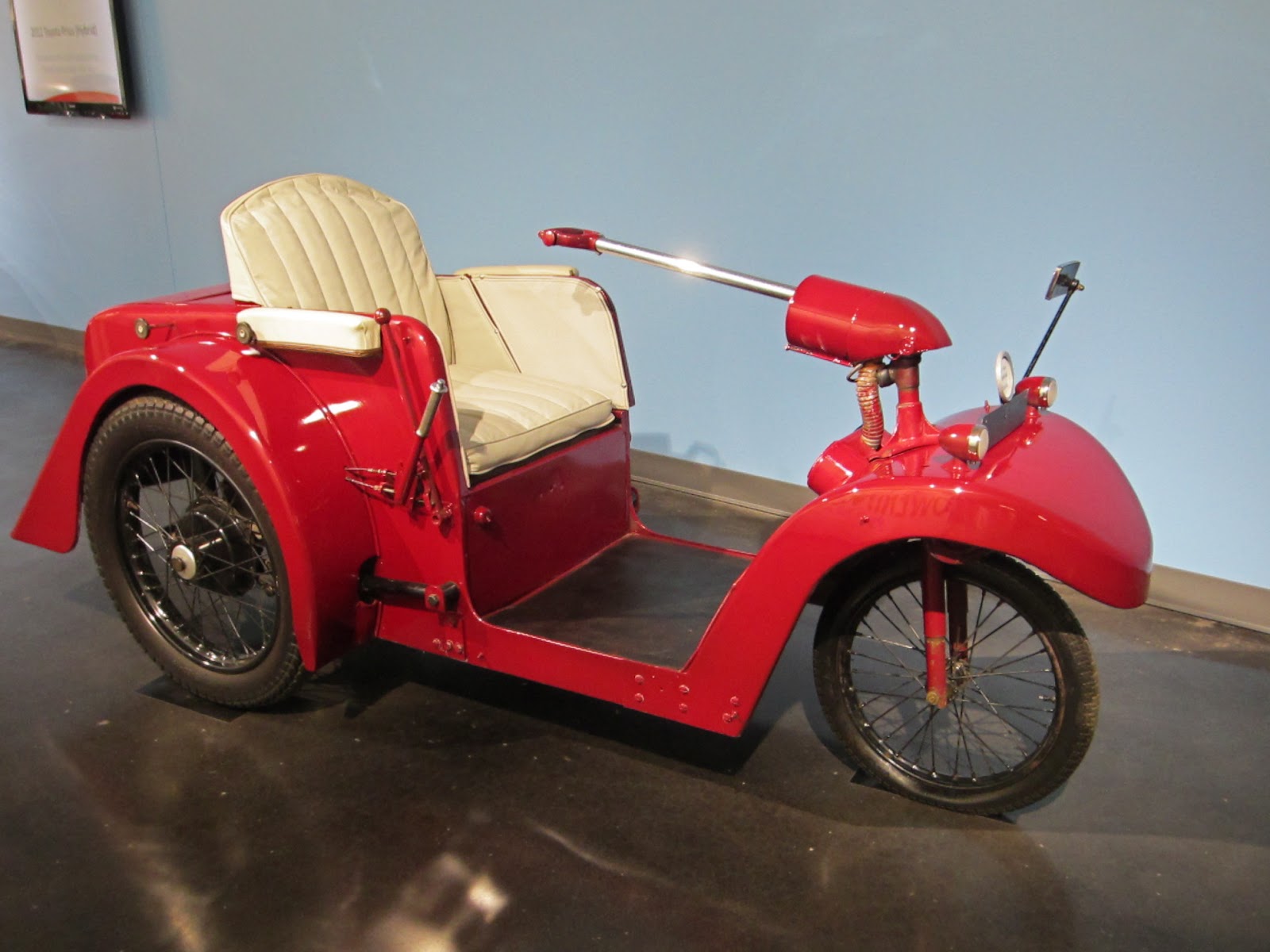 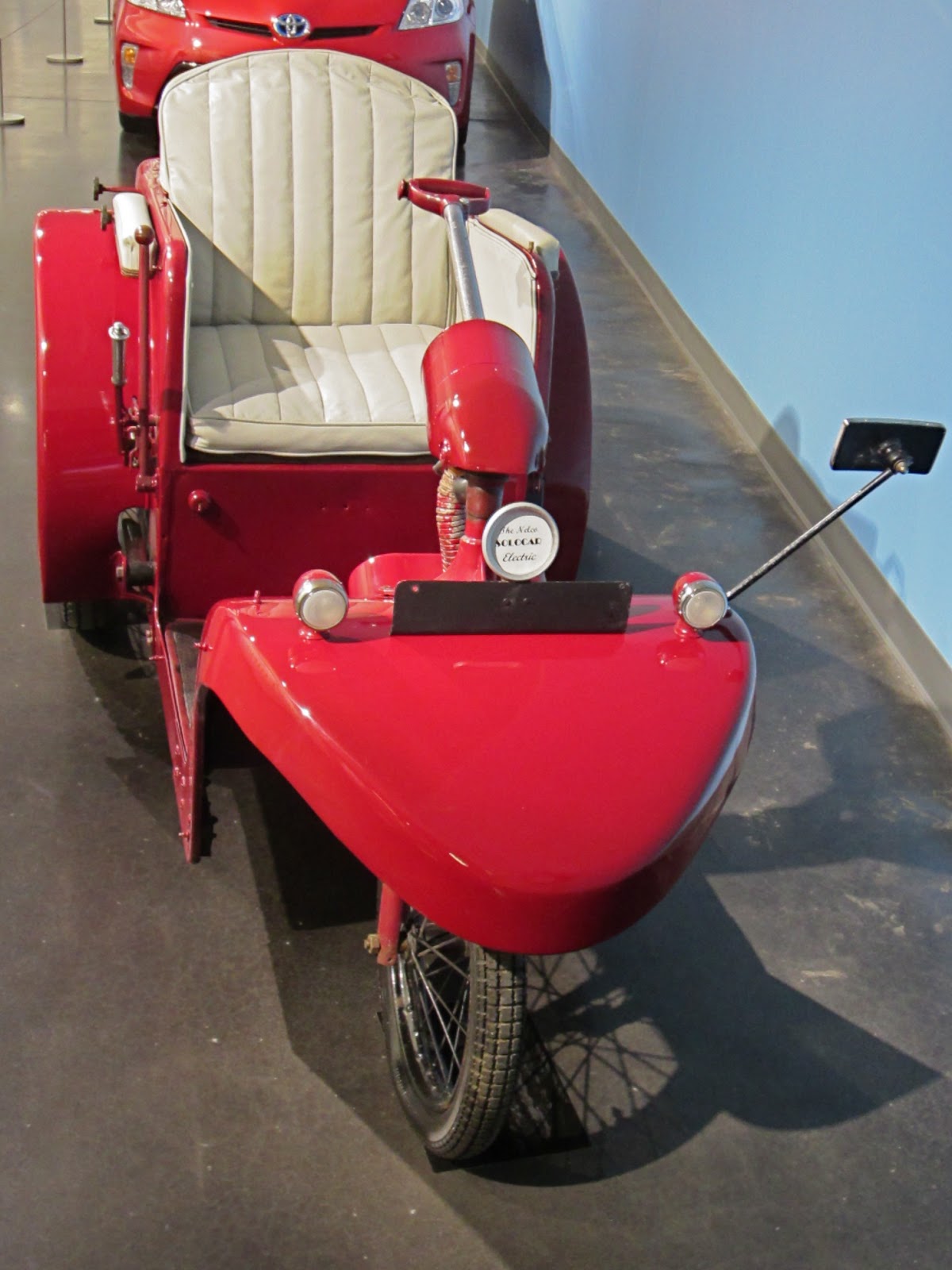 Since I am saving the scooters for the next post here is a little teaser to tide you over.  Any idea what it is exactly?

" In every man's heart there is a secret nerve that answers to the vibrations of beauty." - Christopher Morley
.
Posted by Trobairitz at 10:03 AM 33 comments:

Last Friday morning Troubadour and I headed out for a 3 day/2 night road trip in the Fiat.  A few months ago we heard that the EuroMoto Show was taking place in Seattle at the Seattle Center (home of the Space Needle) instead of further north where it is usually held. The original plan was to drive to Seattle Saturday morning, have lunch, go to the show, stay the night, then head home Sunday. We booked a hotel room just a block or two from the Space Needle.  Same hotel we usually stay in when attending shows.

Then a few weeks ago we read online that the LeMay America's Car Museum in Tacoma currently had a display of vintage Vespas and other scooters.  Hmmm, we thought, why not drive to Tacoma Friday and go to the LeMay then on to Seattle Saturday as planned.  Alrighty.  Another hotel room booked. The LeMay is located right beside the Tacoma Dome venue and there is a Best Western Hotel right there as well so it is very convenient.  We actually stayed there one other time in 2012 when we attended The Ace Cafe sponsored Meet at the Ace Summer Shakedown with Roland and Sonja.

We had a good weekend.  We ate entirely too much food, but at least traffic wasn't too bad.  Worst part was going through Portland each way.  While we really enjoyed the LeMay, we were disappointed in the EuroMoto show.

Here are some random pictures from the trip.  I'll do a few follow up posts with more LeMay and Seattle pictures when I have more time.


As I mentioned earlier in this post I'll post up a follow-up post with the motorcycles from the LeMay and also some of the other cool car pictures.  I'll throw in a few of Seattle pics for good measure.  I know everyone will be so disappointed (yeah right) but no selfies were taken the whole trip.

" Blessed are the curious for they shall have adventures." - Lovelle Drachman
.
Posted by Trobairitz at 7:08 AM 29 comments: