As we wandered around the show we saw a few more cool looking vintage bikes.


There was even a Simplex Automatic Motorcycle circa 1956ish on display.


And a few scooters for the scooter fans out there.

And my favorite of the show - a 1960 Triumph Speed Twin Model 5TA.  According to the write-up on display this was a rarer bike than the 350cc 3TA version.  The bodywork was not so popular in the USA and was often referred to as the upside down 'bathtub' model.  It was also nice to read that the bike is in use and not just a show piece.

Once we were finished wandering around the vintage bikes we strolled along the perimeter where the swap meet tables were set up.  The following bikes/items were all for sale in the swap meet.


And finally one of the booths set up wasn't selling anything , but were advertising their vintage off-road riding club and had bikes on display.  The bikes were parked really close together except for this one so it was easy to photograph.


On our way out of the show Troubadour pointed and said "look at that husky".  I immediately started looking for a Husqvarna motorcycle.  Much to my surprise, this is what I found.


And if it works I also grabbed a short video of them riding away.


"Only a biker knows why a dog sticks his head out a car window." - Author Unknown
.
Posted by Trobairitz at 4:43 PM 28 comments:

.
Last Sunday we managed to muster enough energy to walk a few blocks in the drizzle to attend the 2012 Oregon Vintage Motorcycle Show and Swap Meet. It is something we try to do every year and did not want to miss it.  This year's marque was Royal Enfield.  I took quite a few pictures so I shall keep my narrative to a minimum and break it into two posts.

And when we moved into the actual show area we noticed a few of our Saturday Morning Coffee regulars had entered their bikes. 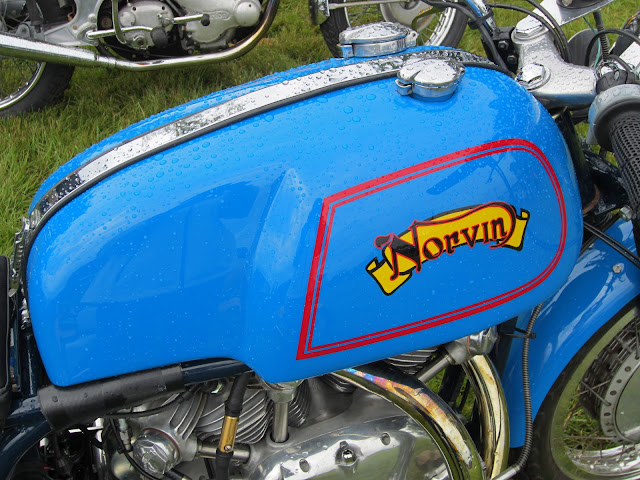 There were all kinds of bikes entered in the show. 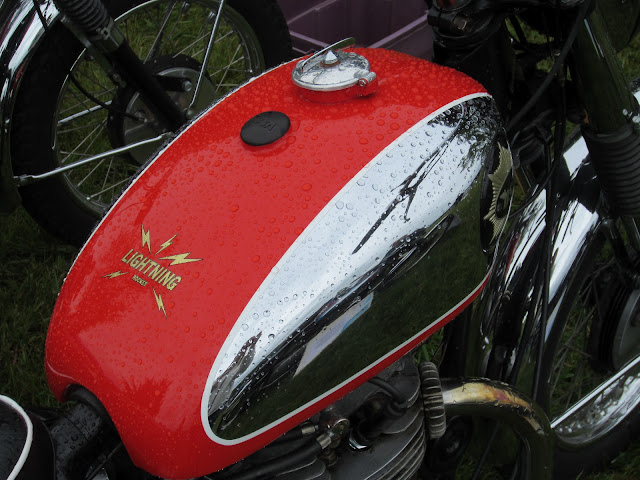 And a reflection picture just for Bobskoot.


Stay tuned for part two, which will include bikes for sale in the swap meet as well as a beautiful orange and white Aermacchi Harley Davidson and several photos of a restored Triumph Speed Two, which I think was my favorite of the show.

"I don't like standard beauty - there is no beauty without strangeness." - Karl Lagerfeld