It was the best of times, it was the worst of times.........no, still not right..
.
Ahem....
.
Saturday dawned like most Saturdays for us with plans to attend Saturday morning coffee at Coffee Culture.  Once there I had the usual double tall vanilla soy latte and lemon poppyseed scone.  The usual fare yes, but on Saturday I had a new leaf pattern in my latte foam.

We had plans to drive to Portland after coffee and spend the day puttering around the different motorcycle shops to see what we could see and just enjoy the day in general.
.
Unbeknownst to me while at coffee, Polar Bear, (aka Adventures With Bud.E) informed Troubadour that there was a used 2009 Triumph Bonneville SE at a shop in Salem.  He had spotted it the previous weekend.
.
We left coffee and started along one of our favorite back roads to Salem.  The sun was shining and took a few pictures of the clouds that were lingering.


And a few pictures of the roads too.

We made it to Salem and he drove straight to Bill's Motorcycles Plus.  As we wandered around the shop he stopped at the Bonneville. We oohed and awed and I asked him if he knew it was there before we arrive.  The reason I'd asked is because we'd never, ever stopped at this particular shop before.  He fessed up - it was all Polar Bear's fault.

The bike was in great shape.  Only 2500 miles and had a lot of farkles such as chrome side covers, chrome cam covers, chrome clutch connector cover, chrome bar end mirrors, chrome Triumph logo locking gas cap, after market Norman Hyde pipes, leather Triumph saddle bags and a Triumph backrest.  The price was a little higher than listed KBB (Kelly Blue Book) but with all the farkles that were included it was still a good value.

Let's just say I've been somewhat besotted with the Bonneville SE in the pacific blue/fusion white color combination since I first saw it.  Love at first sight I'm afraid. Lately we've been pondering a different bike for me that might do a little better over our bumpy backroads/forestry roads and that would have a more upright seating position since the risers didn't work out on Max. 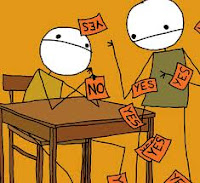 We realized it was noon and we were starving so went we for lunch to chew it over.

After deliberations it was decided that due to Troubadour's teaching schedule we really didn't have time for a proper test ride the following weekend and that we needed to just 'go for it'.   We went back to the shop for another look. The owner of the shop took it out and started it up so we could listen.  We let him know that we wanted the bike, but had to go home for proper riding gear and the 'special checkbook'.  You know, the one you keep for occasions just like this.

We drove home and debated some more.  I thought about backing out while we still had the chance, but decided that even if for some reason I didn't like it we could resell it and not lose money.  I was afraid if I didn't buy it when I had the opportunity I'd kick myself later. We rarely if ever find this particular bike in this color combination come up on the used market in Oregon.  I believe this is the only used one for sale I've seen in 3 years.

We headed back to Salem two-up on Lucy.  We completed the paperwork and they topped up the petrol for me.  It was time to put on my helmet and gloves and get the party started.

- Au Revoir
.
"Once you make a decision, the universe conspires to make it happen." - Author Unknown
Posted by Trobairitz at 5:01 AM