A few weeks ago plans were hatched for a New Years Day ride.  The forecast was for sunny, but chilly weather.

I waffled back and forth between riding Max or riding pillion behind Troubadour.  There were pros and cons to both options.

While I wanted to ride my own ride, I worried about not having any kind of windscreen on Max. On the other hand, on Max I have heated grips and could use my heated jacket liner too.

I haven't ridden pillion in a few years so I felt it would be an adventure in and of itself. And, if my hands got too cold, I wouldn't have to worry about trying to operate the controls with numb hands.

A final check of the weather forecast Thursday night led me to err on the side of caution and I decided to ride pillion.

We woke Friday morning to 28˚F (-2˚C).  With wind chill calculated at 8˚F (-13˚C) I started layering; knee high stockings, long underwear, knee high moto-cross socks, yoga pants, and a turtle neck with a short sleeved performance shirt over top.  In my Rev'it riding pants I zipped in the quilted liner, but left out the rain liner. My Rev'it jacket had both the rain liner (for wind protection) and quilted liners installed.

We arrived at Coffee Culture around 10 am.  I think we were actually one of the last to arrive. Melissa arrived in her car due to her Triumph Daytona liking cold weather even less than Troubadour's Triumph.  There were 7 of us total; 5 bikes, 6 riders, and Mel in her car.

We sat, drank coffee and/or tea, and discussed potential routes.  At 11:00(ish) David started rousting us to get moving.  As we geared up I snapped a few pics.

Right after this picture was taken is when Troubadour attempted to start his beloved Lucy.  No bueno. The battery issues of last summer had followed her into the cold winter days of January.  Luckily, Jay keeps a set of jumper cables in his BMW and he was able to give her a boost.  Thanks Jay!  Soon after we were off.

We decided to forgo the original 88 mile route of Troubadour's and instead ride to Falls City to see if the Bread Board Artisan Bakery was open.  It wasn't.  On to Monmouth to the Yeasty Beasty.  A quaint little pizzeria and micro brew place. According to their website they are the home of "Pizza, Beer, and Fun".

On arrival we noticed there was a large group of 15 or so motorcycles, mostly large cruisers, parked across the street.  Other brave souls out for a ride in the cold.  They too were partaking at the Yeasty Beasty.  Their riders took up a good portion of the restaurant but there was still a corner booth for the 7 of us.

We all ordered hot coffee or tea and perused the menu.  I decided on the mini veggie pizza with no cheese and Troubadour had the Mediterranean mini pizza with no cheese.  Sorry no food porn.  My camera was in my riding jacket at an adjacent table and inaccessible.   Well, I could have tried to retrieve the camera but it would have meant me squeezing out of the back of the booth while repeating, "excuse me, pardon me, excuse me", all to do it over again as I performed some type of yoga move trying to get back to my spot.

The service was good and the pizza tasty.  We'll definitely go back again.

Sufficiently sophonsified we started suiting up and headed outside to point the bikes towards home.   The cruiser riders had left just prior to our departure.  I snapped a quick picture.

The ride home was uneventful, and that is a good thing.  The temperatures were a little warmer too, which was nice.  We headed east towards Independence then south on the Independence/ Corvallis Highway.    Melissa played tail gunner/sweep in her car for us and took a few pictures with her cell phone.

Folks peeled off in different directions along the way depending on where they called home.  We arrived home just after 2 pm.  First thing I did was to put my feet in hot water in the bathtub.  They were so cold even though my hands weren't too bad.

To read Troubadour's take on the trip click this ----> LINK.

While I don't make New Years resolutions, I do hope to get out and do more riding in 2016.  I wish everyone a happy healthy 2016. 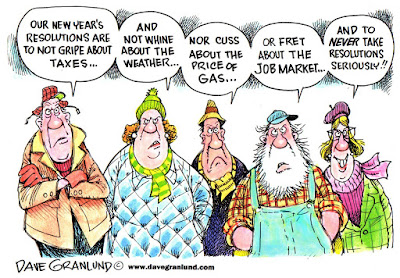 "A happy New Year! Grant that I may bring no tear to any eye. When this New Year in time shall end, let it be said I've played the friend, have lived and loved and labored here, and made of it a happy year." - Edgar Guest
.
Posted by Trobairitz at 5:59 PM 36 comments: