.
Now, by that title you might have thought I was writing about a concert series or some such activity, but no, I am writing in regards to a trip to the Oregon Gardens that Troubadour, Rick and I took several weekends ago.
It started out a normal Saturday, get up and get ready for coffee with the group. A look outside showed us we had a visitor.... 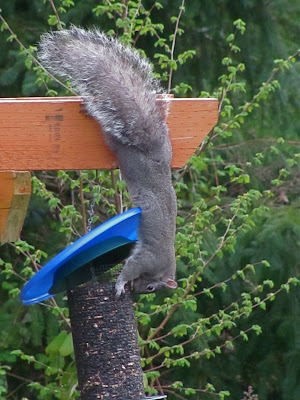 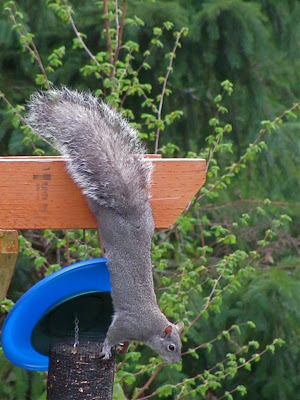 Squirrels are not a normal occurance for our yard. Basil is too scared to keep them at bay but I think they remember that Baxter would have chewed their furry butts when he was alive and hung their tails as a trophy... so they stay away. This is only the second time we've seen a squirrel in the yard in the 4 years we've lived here. We did see a chipmunk once but Baxter was chasing it and we made him drop it when he caught it. Run little chipmunk run. The chipmunk lived to tell the tale and we've not seen another since.
We finished watching the squirrel raid the sunflower seeds from the feeder and rode to coffee. Coffee was the same as it usually is on Saturday morning.... we solved the world's problems and wondered what to do for the rest of the day. Troubadour mentioned we were thinking of going to the Oregon Gardens in Silverton since they were having a day with free admission to kick off Earth Week. Rick inquired about joining us and we were off .... decision made. 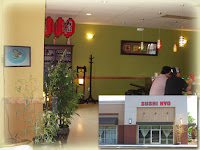 We rode home and got in the car then picked Rick up and decided to stop at our favorite sushi place in Salem for lunch. Rick had never been to Sushi Kyo before so we had to introduce him to the Salem Roll they serve. Yummy! It is a sushi track or 'Kaiten Sushi' type of place and you can also order off the menu. I highly recommend it if you are in Salem. Bellies full we piled back in the Versa. With Troubadour at the controls and Rick navigating we found our way to the Gardens.
Rick has good parking karma and we managed to find some free parking by the entry gate. A short walk and we were in. Even after living in and around Corvallis for over 9 years we'd not been to the gardens before so we were intrigued. The weather was typical Spring weather for Oregon, cloudy... then windy... no wait... sunny... no.... maybe a little sprinkle here and there. "Wow, do you see those black clouds to the west?"
Due to our unusually chilly Spring there weren't as many things blooming as we'd hoped but I did manage to get a few pictures of Rhodies (Rhododendrons). 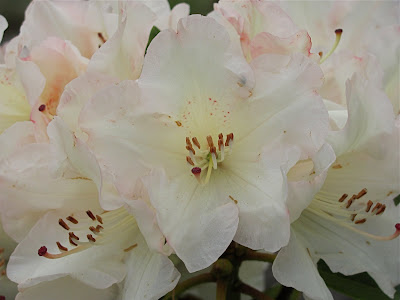 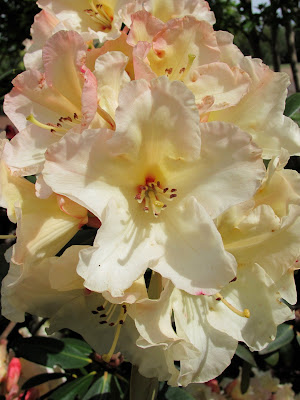 You can tell the changing weather just by looking at those two pictures. It went from overcast to brilliant sunshine within minutes.
In our meanderings we also found blooming Fothergilla: 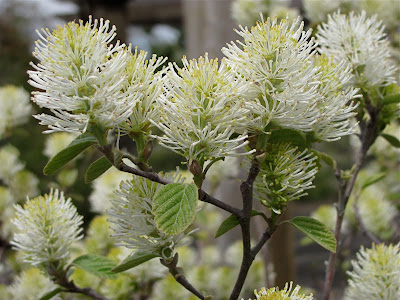 and Choisya (aka Mexican Orange): 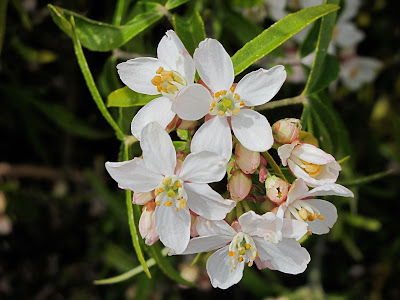 and even a Davidia (aka Dove Tail or Hankerchief Tree): 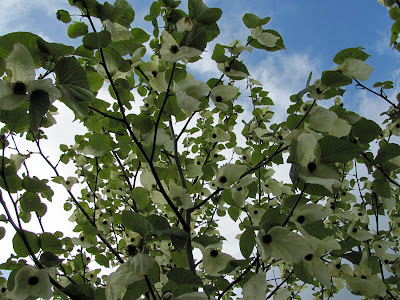 Troubadour took a nice photo of a water tower in the distance: 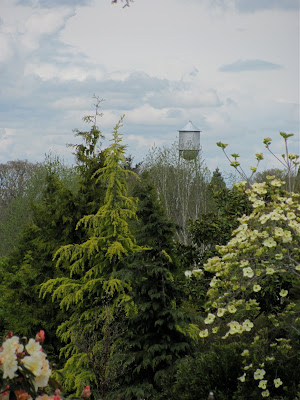 While I was taking pictures a crazy little bird came up and was interested in the shiny lense. You may have seen him before..... 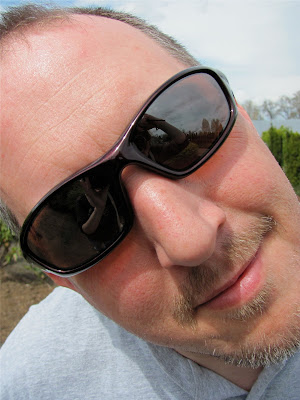 As you can see, this was not a timid bird and he was not detered by the camera. Troubadour really was as close as he seems and the zoom was out a bit too. I honestly didn't think the camera would focus but was pleasantly surprised when we downloaded it.
As well as having a plethora of plants the Oregon Gardens also has fountains: 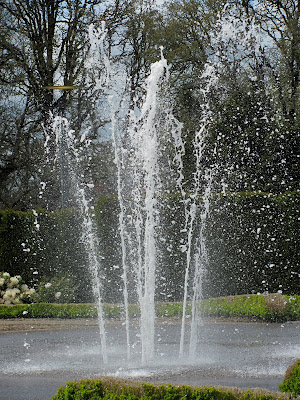 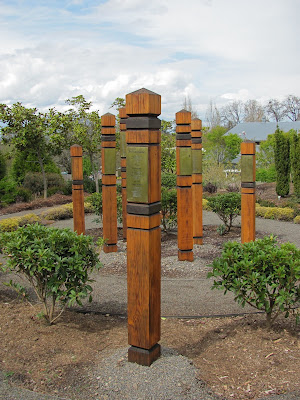 and as promised in my title.....potheads: 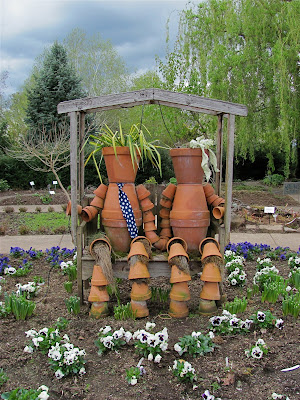 Of course, these weren't the only potheads at the gardens that Saturday but they were the only ones that didn't smell like patchouli bush.
-Au Revoir

"If you've never been thrilled to the very edges of your soul by a flower in spring bloom, maybe your soul has never been in bloom." ~ Terri Guillemets
.
Posted by Trobairitz at 7:22 PM