Obviously Oregon has not received the memo that Autumn has indeed arrived.  After a day or two of rain our weather returned to brilliant sunshine and highs in the 80's.

Saturday morning we rode our motorcycles to coffee and thought of taking a jaunt afterwards since the weather was so nice.  There were 11 people at coffee and the place was quite loud. We felt drained after leaving around noon and decided against a longer ride.  We rode home and relaxed on the patio and puttered in the yard for the rest of the day and made plans for riding on Sunday instead.

Sunday dawned just as nice and the forecast high was 88˚F (31˚C), perfect for riding.

The plan was to ride to Tillamook to the Air Museum.  We'd passed it numerous times on our travels, but never stopped by.  I read on the Roadside America website that the Tillamook Air Museum is actually in the Guinness Book of World Records as the largest freestanding wooden structure in the world.  I was intrigued. 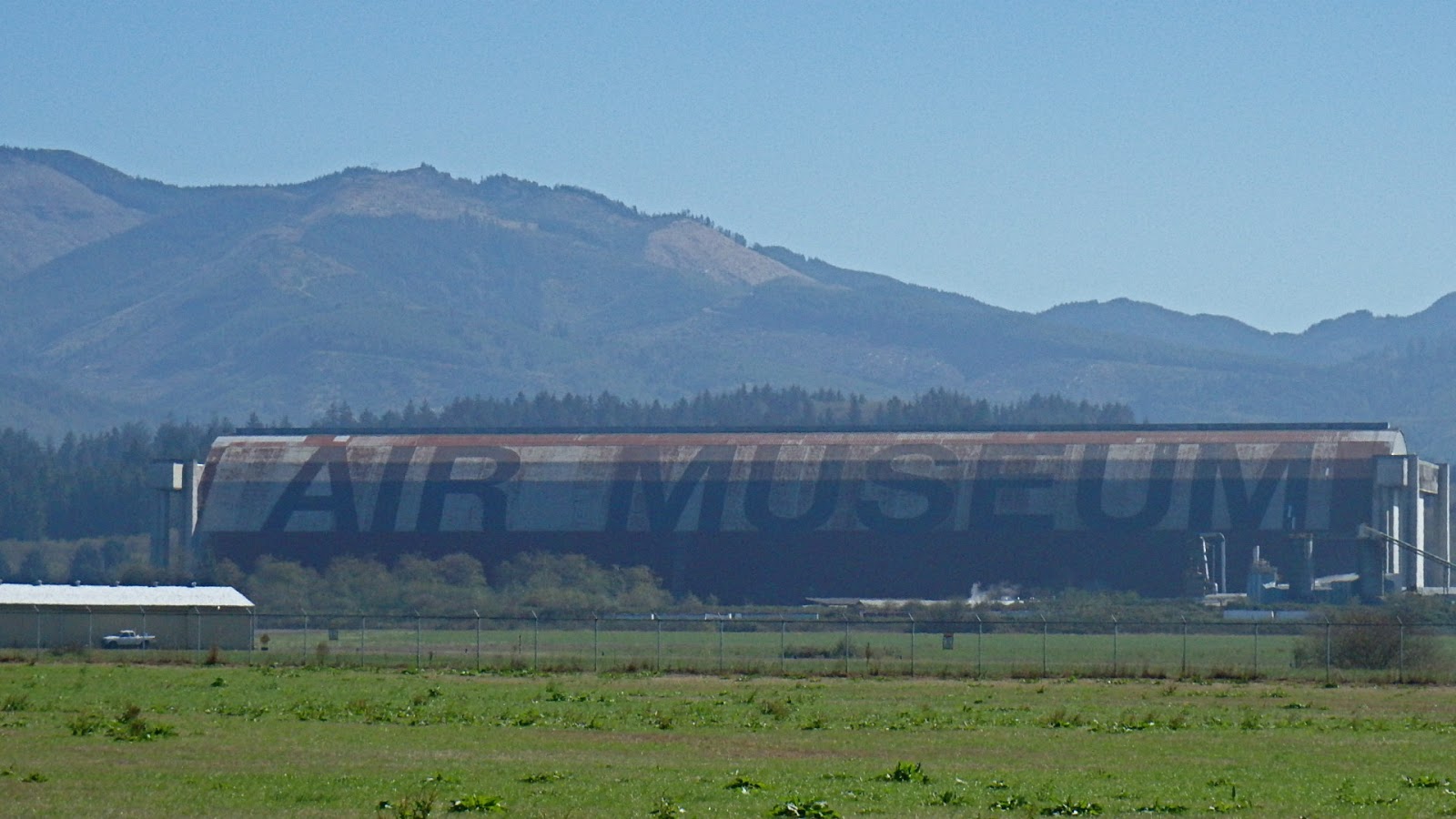 Click this LINK for a google map our of route described below.

We set off just after 10 am with a liter of water, a few apples, and granola bars for lunch.  We headed East and fueled up in Philomath then headed North on Kings Valley Highway.  No GPS for us, just my memory of reading the map and Brad's intuition to get us through Dallas on the truck route.  North of Dallas we turned east on Highway 22, then North on Highway 18 to Hebo.  At Hebo, Highway 18 joins Highway 101, where we turned North to Tillamook.


On Highway 101, a few miles South of Tillamook, is the little hamlet of Beaver.  We decided to pull over for a wee break because we were following 4 school buses and a few other vehicles going quite a bit under the speed limit.  The school buses refused to use the pull out lanes and let the faster traffic pass.  So rest a few minutes we did.

Beaver is very small and we stopped in the parking lot of the Mercantile. 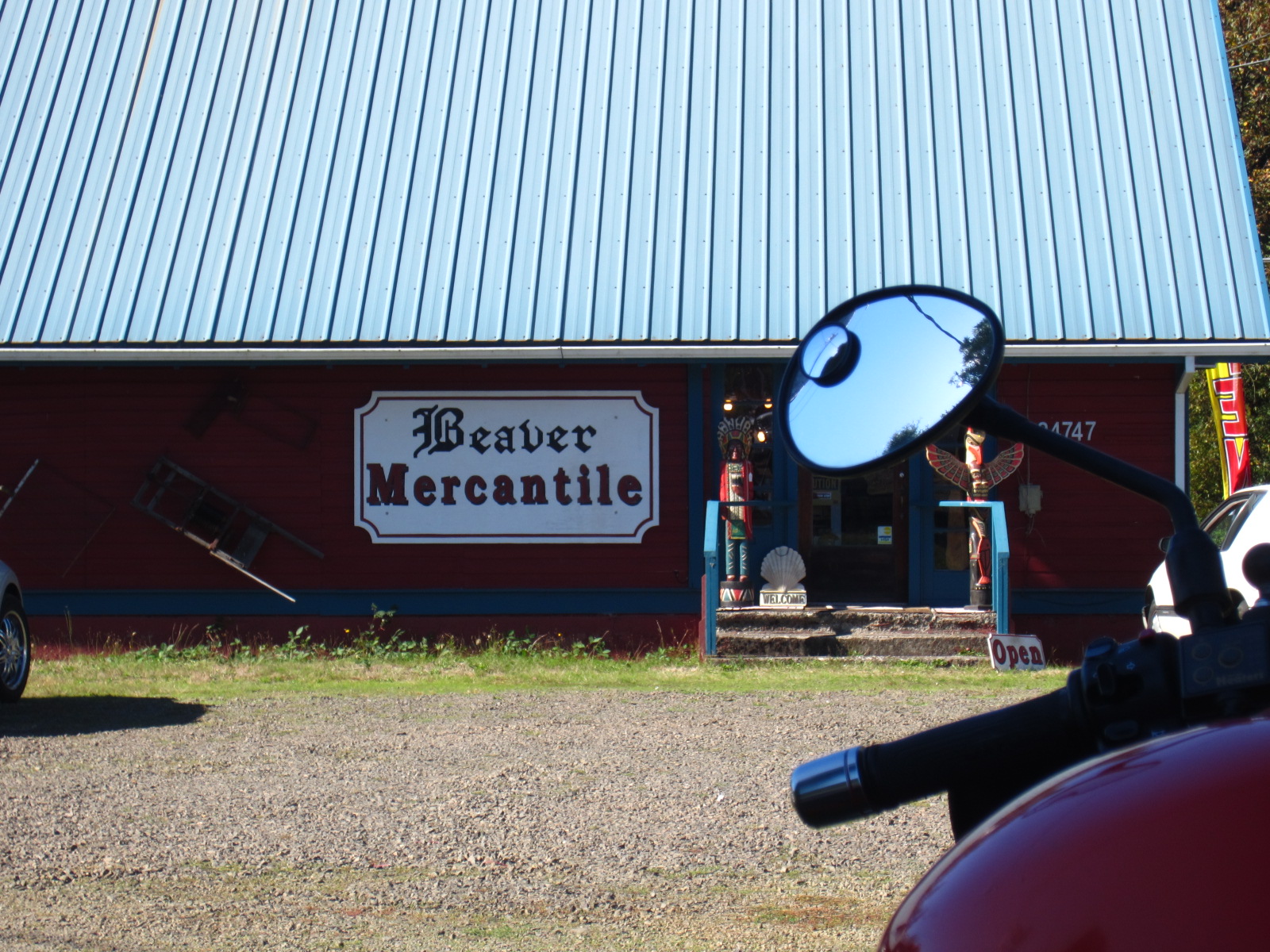 Which is right across the road from the Fox Grocery Store and Firearms dealer.  Troubadour wondered if there was a 3-day waiting period to buy groceries or just a background check. 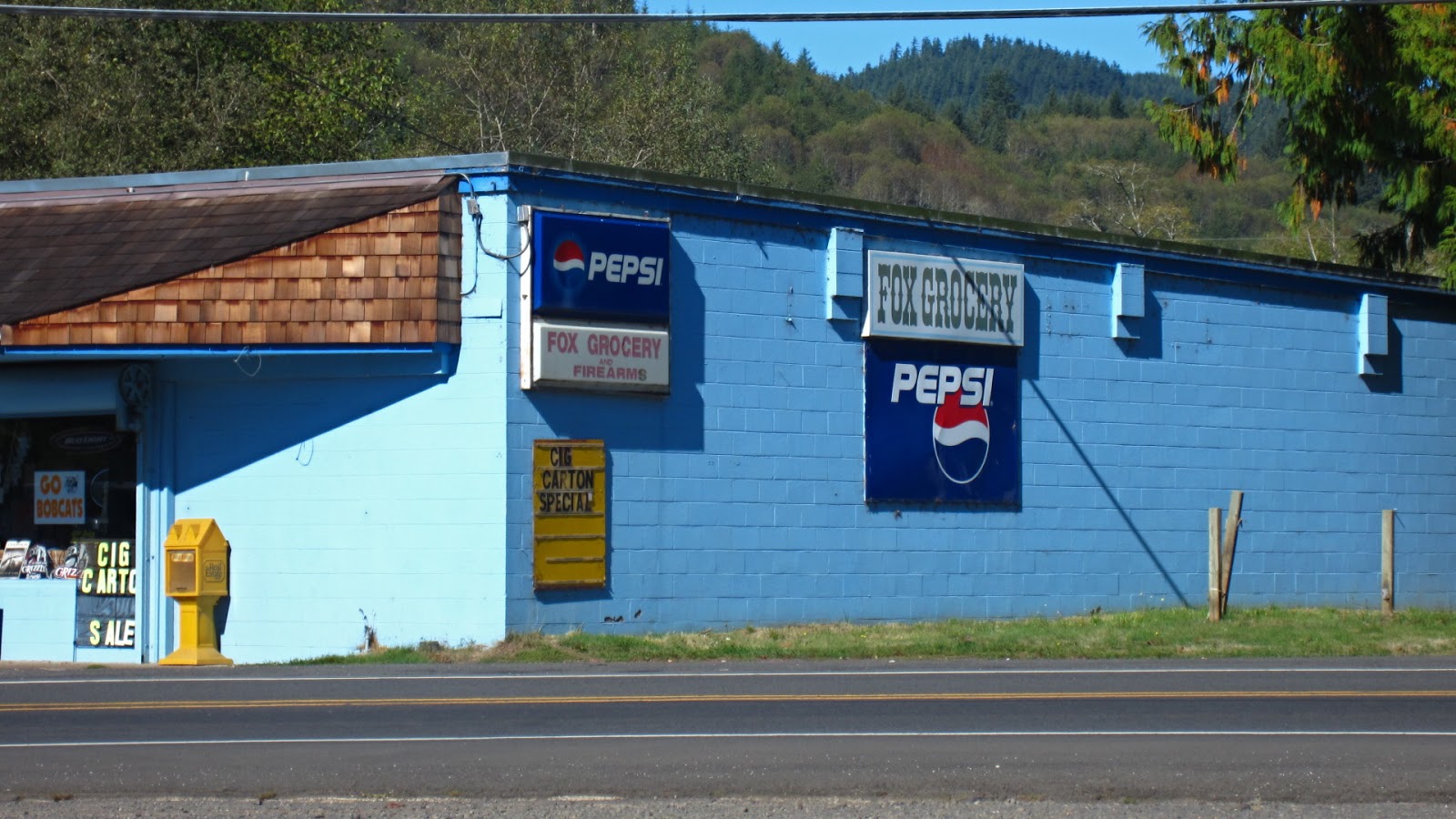 We rested for about 15 minutes giving traffic enough time to disperse, then headed north again.

You could tell we were getting close to Tillamook. For the most part all we could smell was derriere dairy air.  Tillamook is pretty much the dairy farm capitol of Oregon.  Nothing like getting that smell trapped in your full face helmet for miles.

The Air Museum is located just south of Tillamook.  It is one of 17 air hangars commissioned in 1942 to house K-class blimps for anti-submarine patrol on the coasts of America. Two were built at NAST (Naval Air Station Tillamook)  Hangar A & Hangar B.  Hangar A burned to the ground in 1992, but Hangar B is still standing.

According to their website:  "Stationed at NAS Tillamook was Squadron ZP-33 with a compliment of eight K-ships.  The K-ships were 252 feet long and filled with 425,000 cubic feet of helium. With a range of 2,000 miles and an ability to stay aloft for three days, they were well suited for coast patrol and convoy escort.  NAST was decommissioned in 1948."

The hangar appears massive from the outside.  We stopped prior to getting there to take a few pictures from a distance. 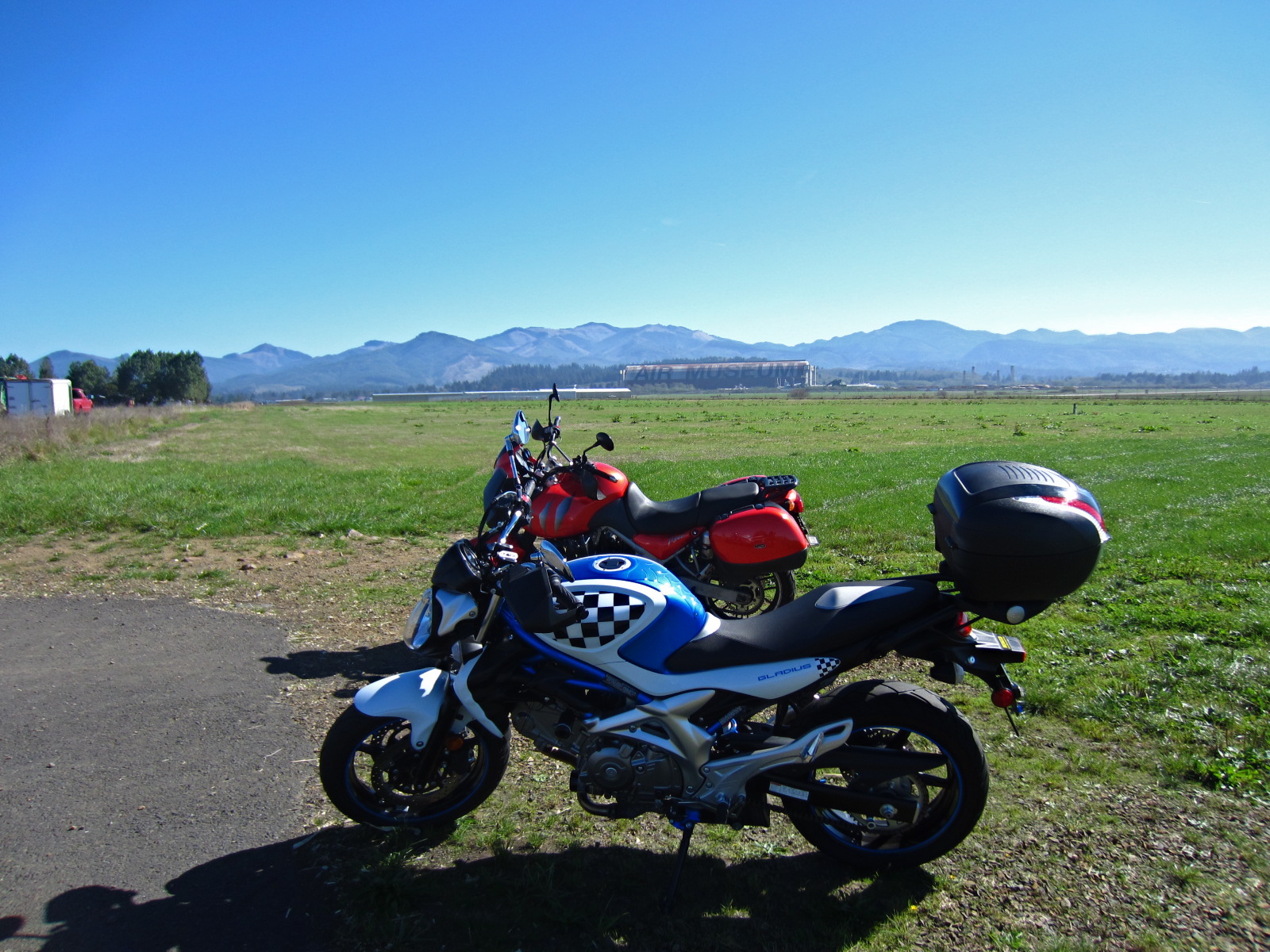 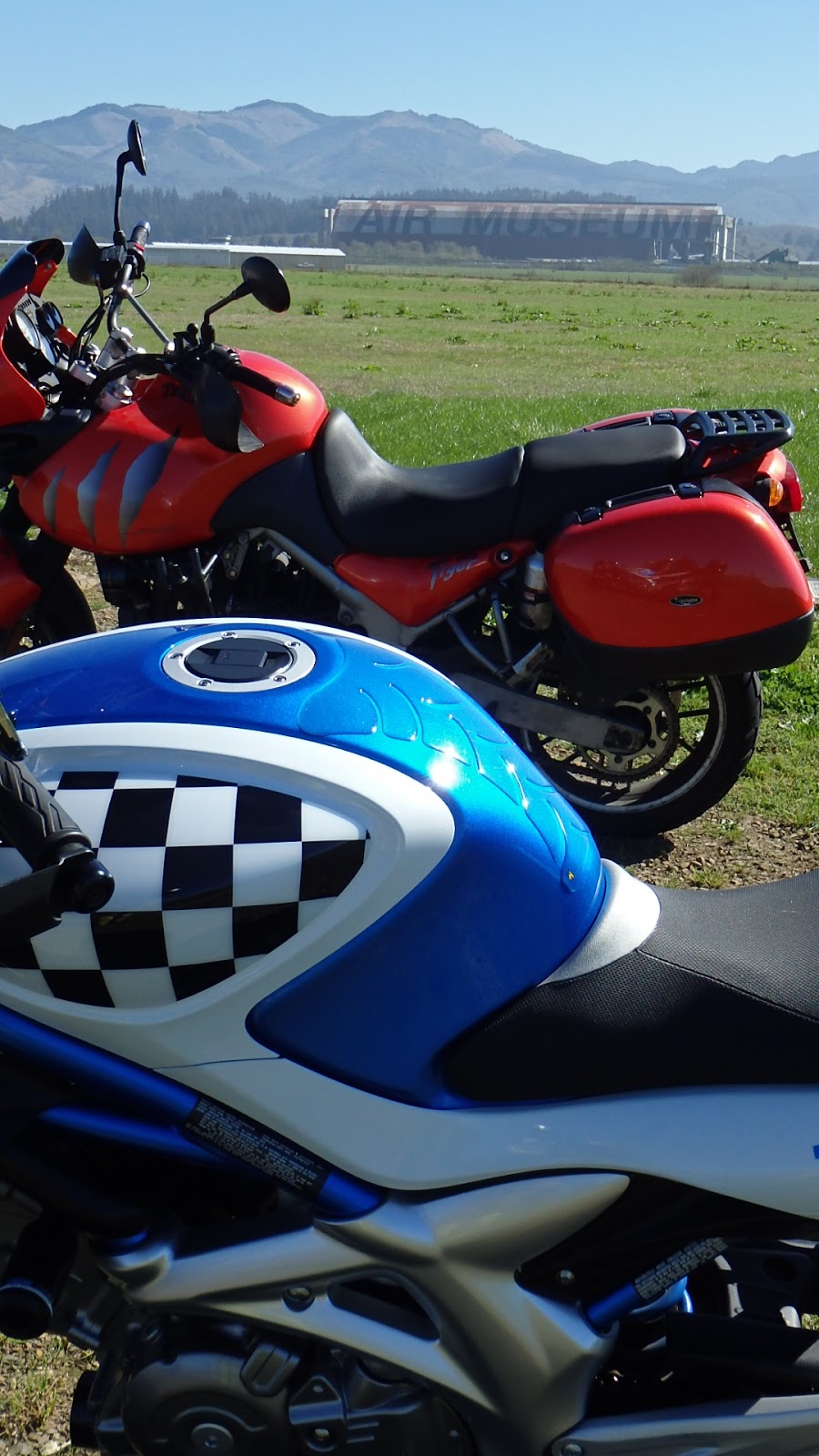 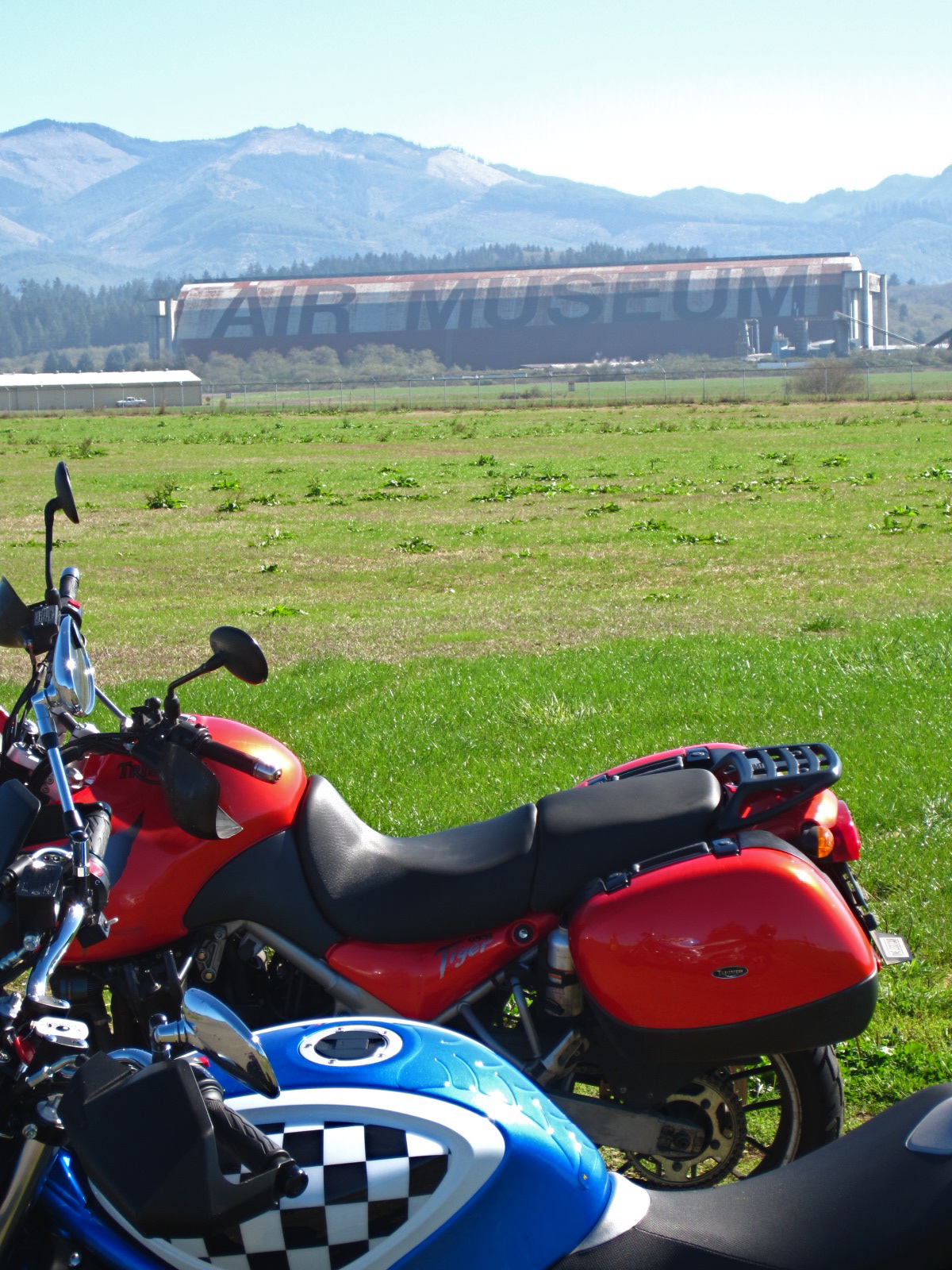 The letters on the roof of the hangar are each 100 ft tall and 20 ft wide.

We arrived, parked the bikes, stowed the helmets, and headed inside. 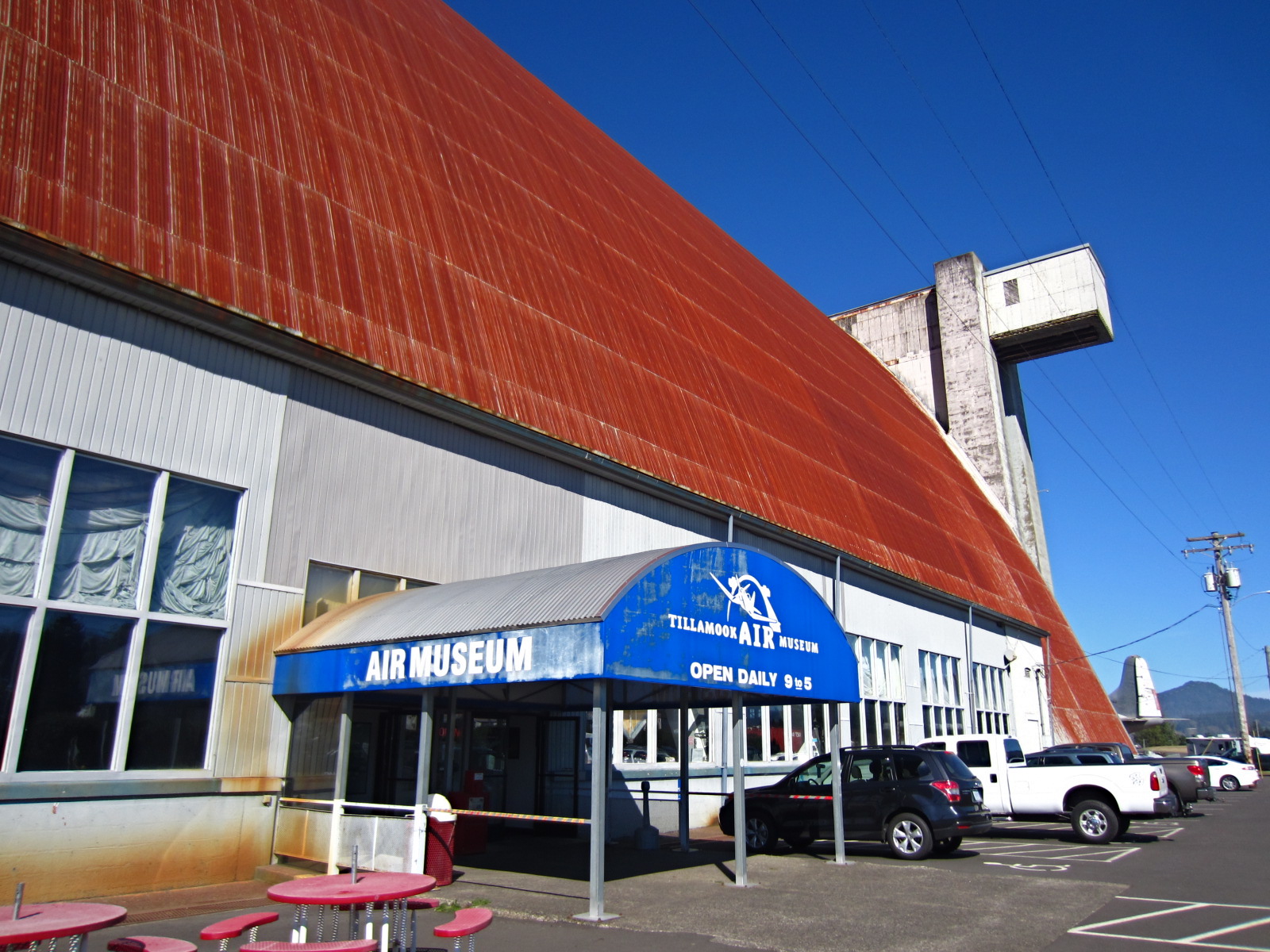 We paid the entry fee of $9 each and were informed it was a self-guided tour.  Alrighty, proceed.

We were a little surprised that it did not appear as big from the inside as it did from the outside. One third of it was taken up with lumber storage, the middle third with RV (recreational vehicle) storage and the last third was the museum.


Maybe that is why it looked smaller.  The lighting was rather odd, but they did have one of the large doors open to let some natural light in.  Of course that was bright enough you could only take pictures in one direction.

We wandered and visited the helium room first.  It housed a General Electric motor which powered two Chicago Pneumatic Compressors used to remove impure helium from the blimps and pump it into a 60 foot spherical tank outside the hangar. 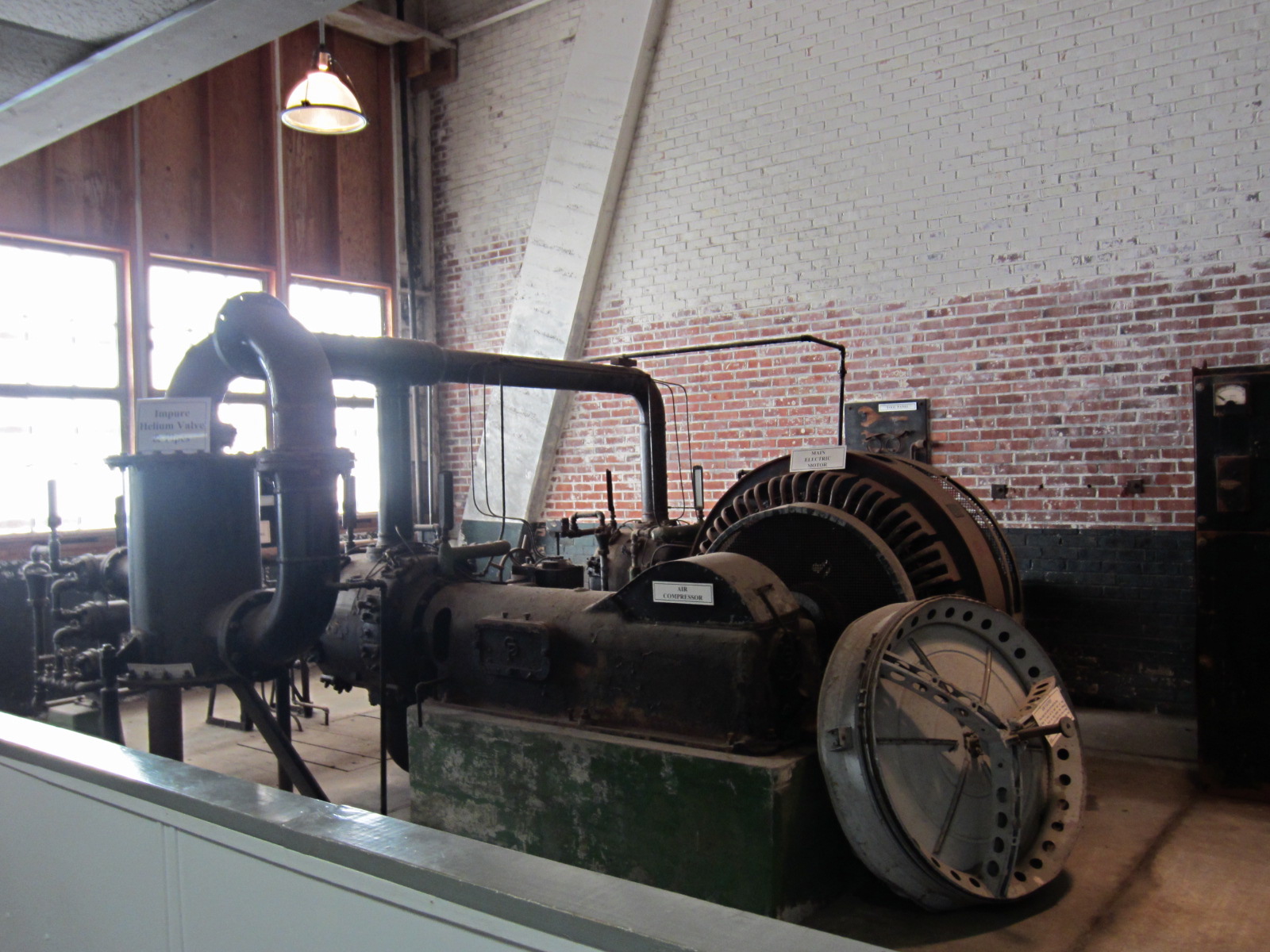 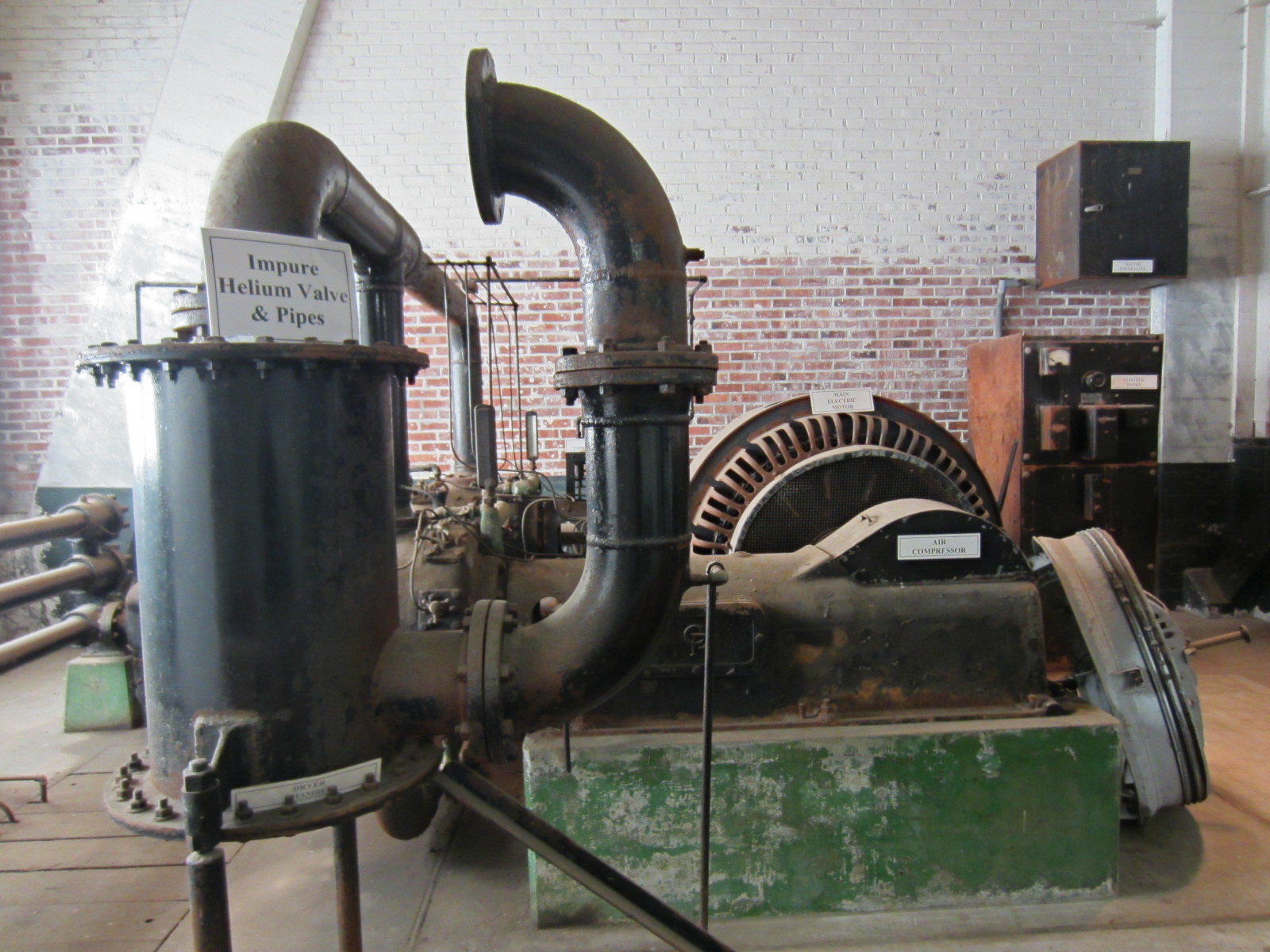 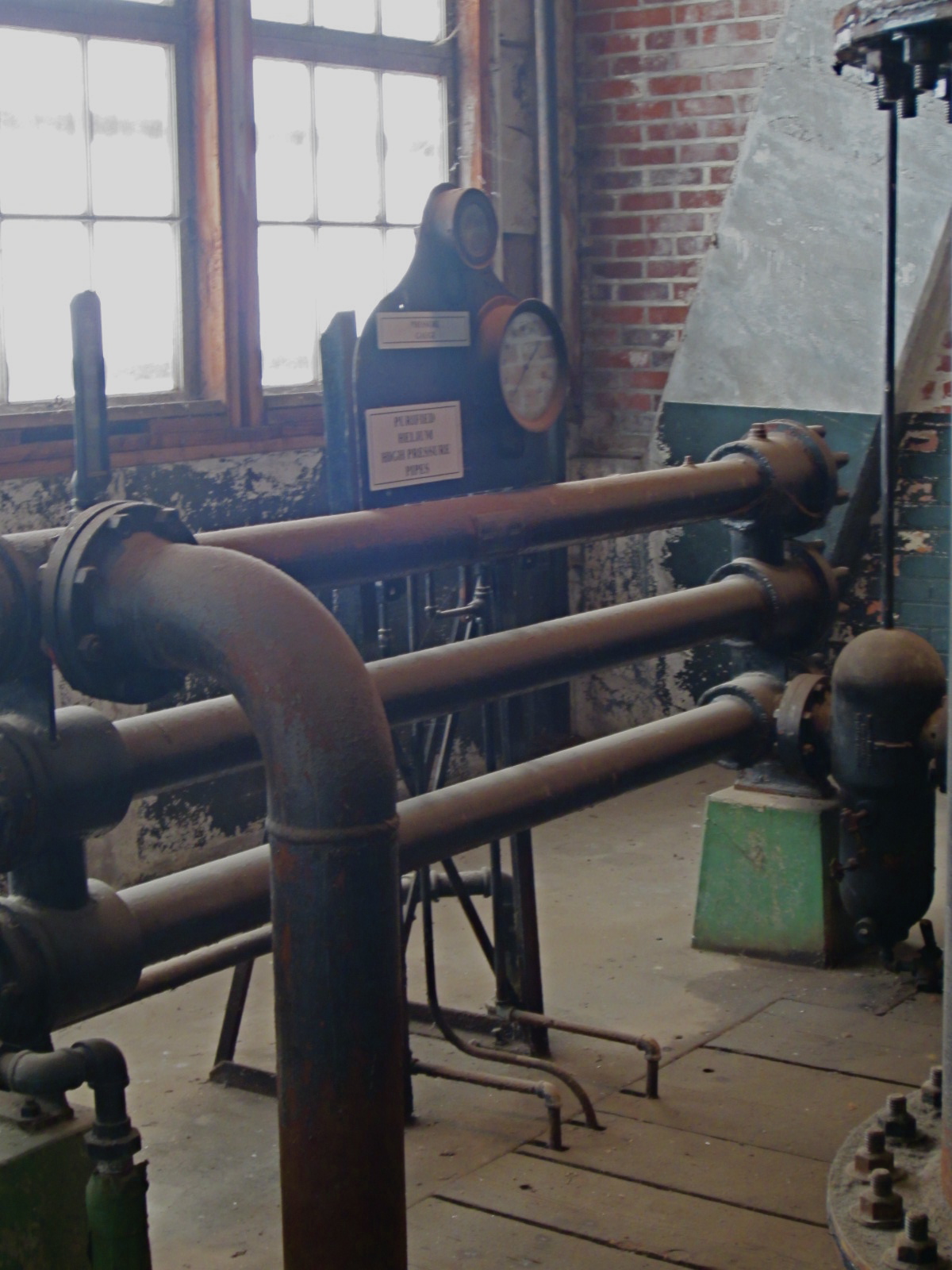 They had several training cockpits that visitors were allowed to sit in and experience.  Since Troubadour was wearing his flight suit Aerostich he partook. 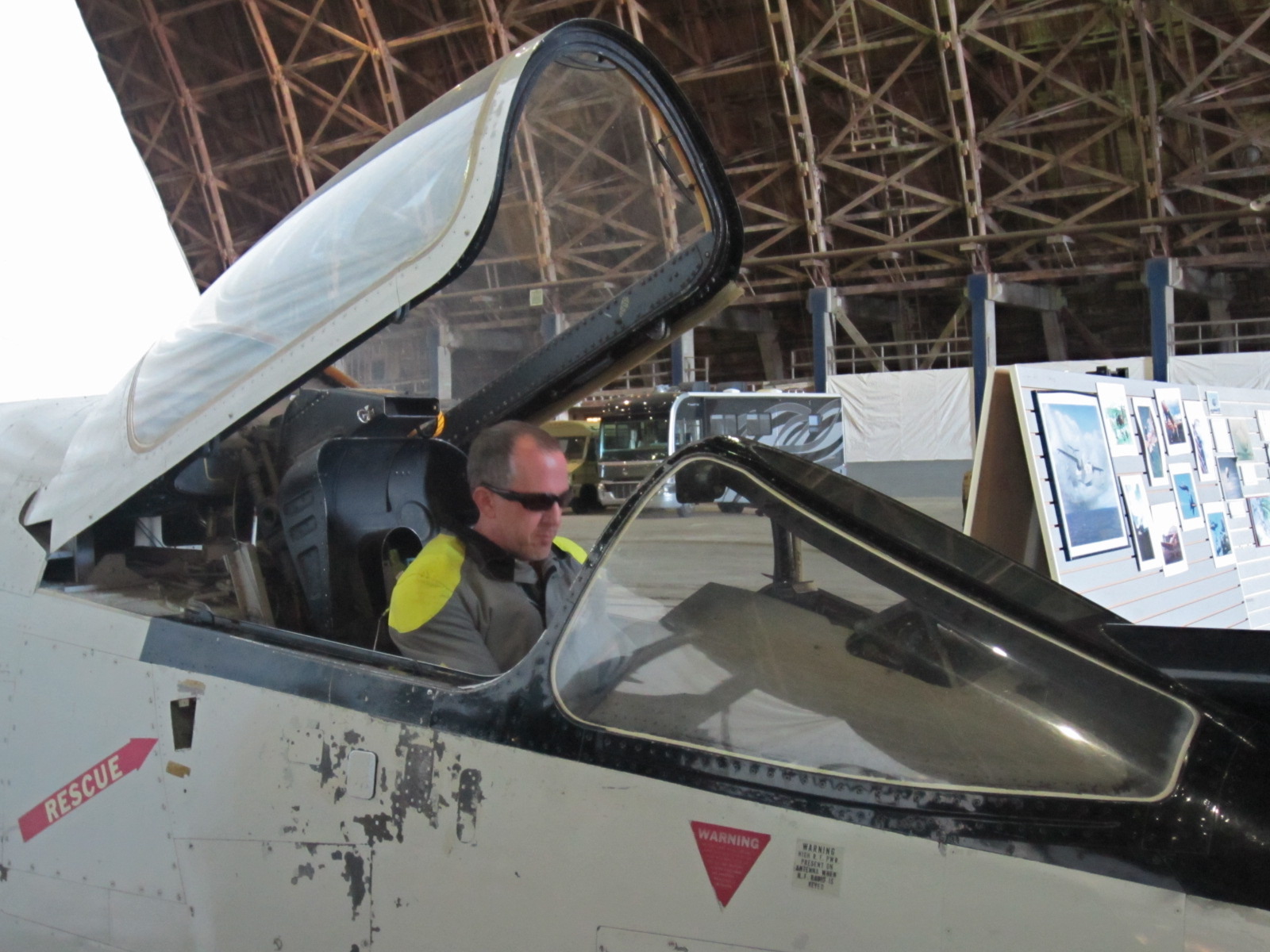 There weren't a lot of planes on display, but we did manage a few pictures.


They had a few rooms of memorabilia and also had videos playing.  One of the display cases held this little book and it got my attention. Nothing screams safety like cartoons.


Just outside of the hangar is an Erickson Air Crane, aka Aero Spacelines Mini-Guppy, One ugly plane.    For more information and better pictures click ---> LINK.  The link will tell you that: "this plane was originally delivered to Pan American Airways in 1949 as a Boeing 377 Stratocruiser (prior to conversion), which flew until 1960 when it was returned to Boeing and and sold to Aero Spacelines in 1963." 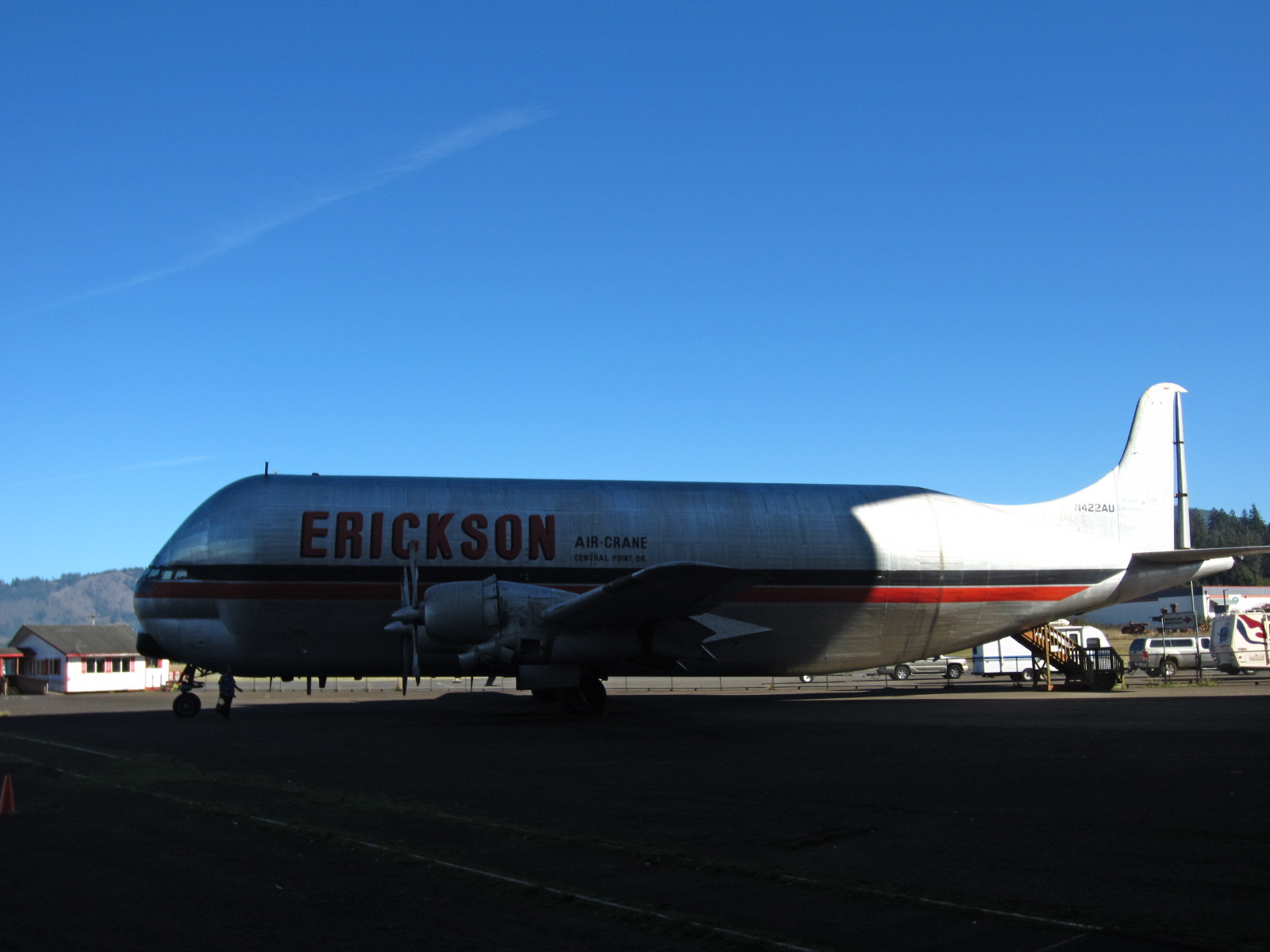 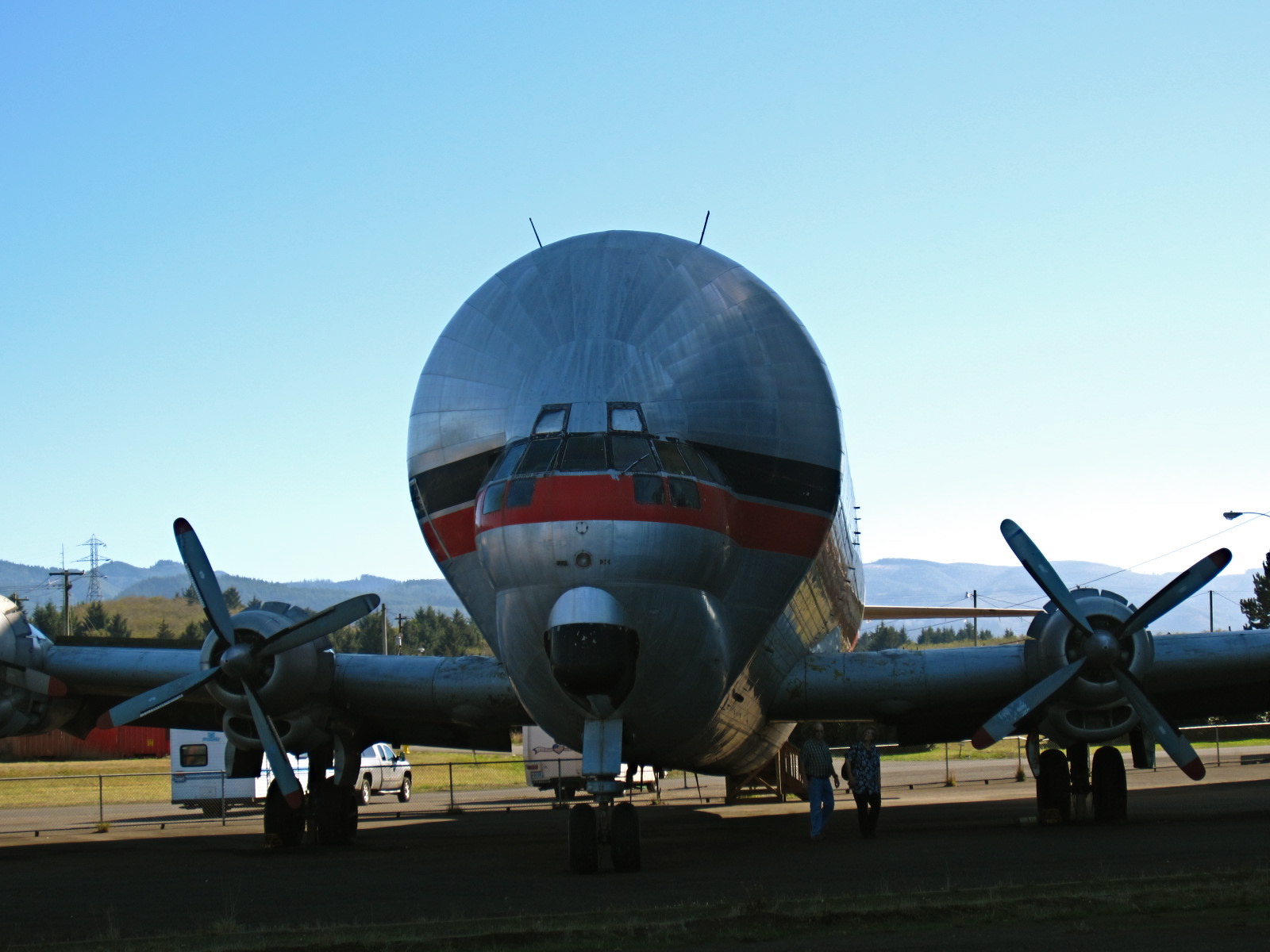 We were allowed to walk into the plane at our own risk.  It is un-restored and the metal flooring/bottom of the plane felt a little soft unstable to me.  I tiptoed across it whereas Troubadour wasn't scared at all.


We walked back inside, wandered through the gift shop, then headed outside to have our lunch. We found a shady spot across the street and relaxed and I took a few pictures of the exterior of the hangar and our bikes. 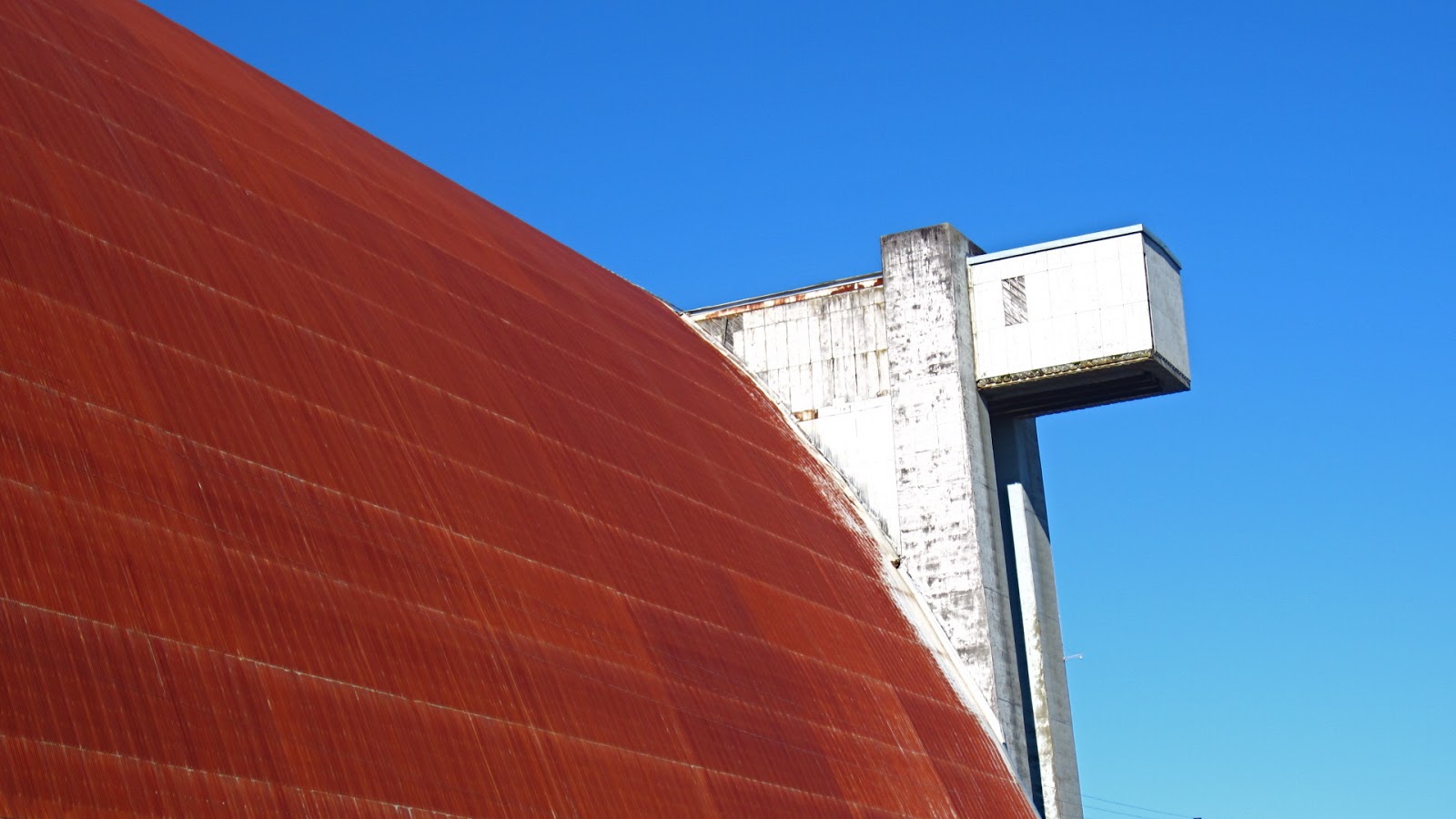 I couldn't resist taking pictures of the rusty roof and sides of the hangar. 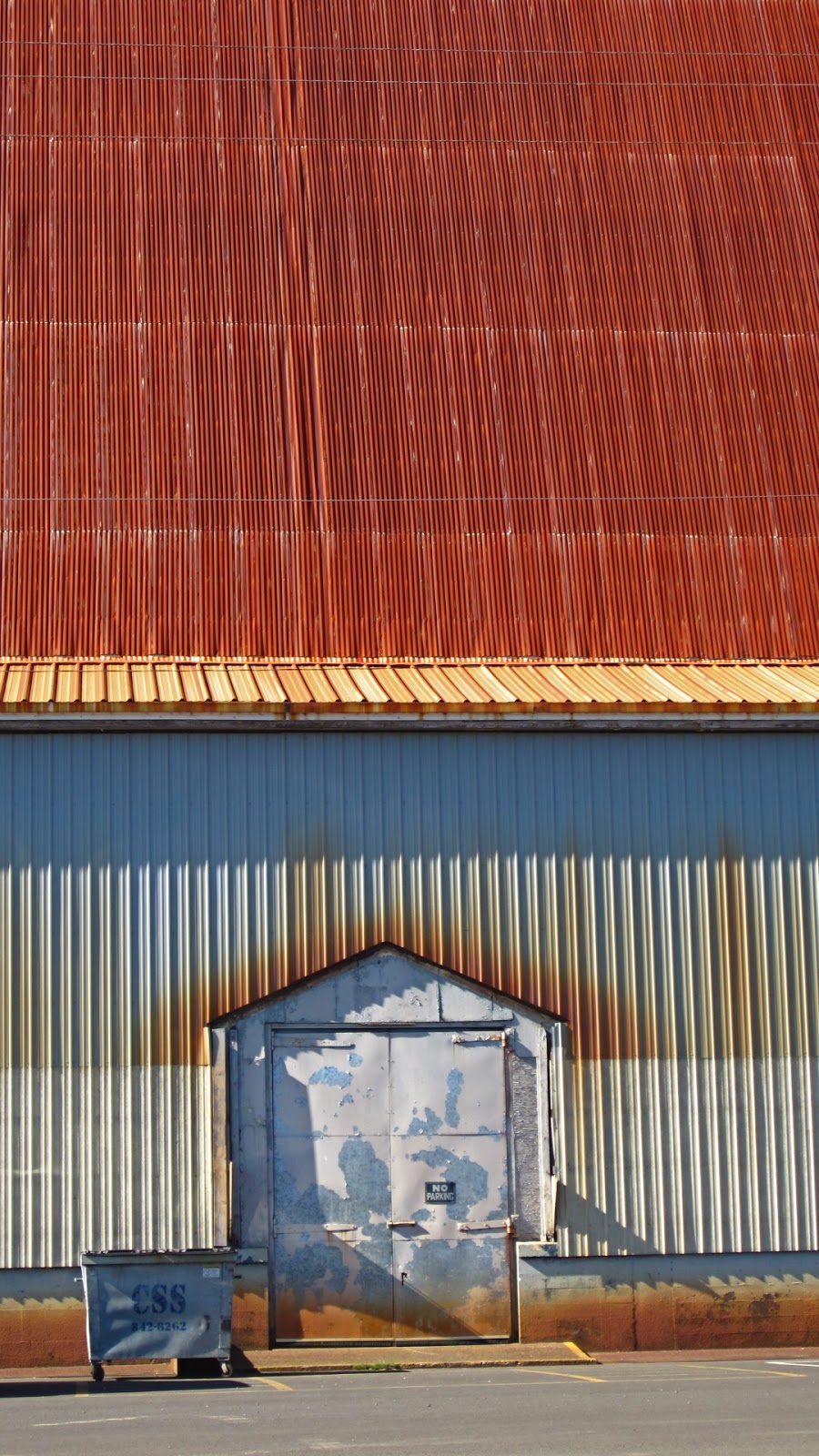 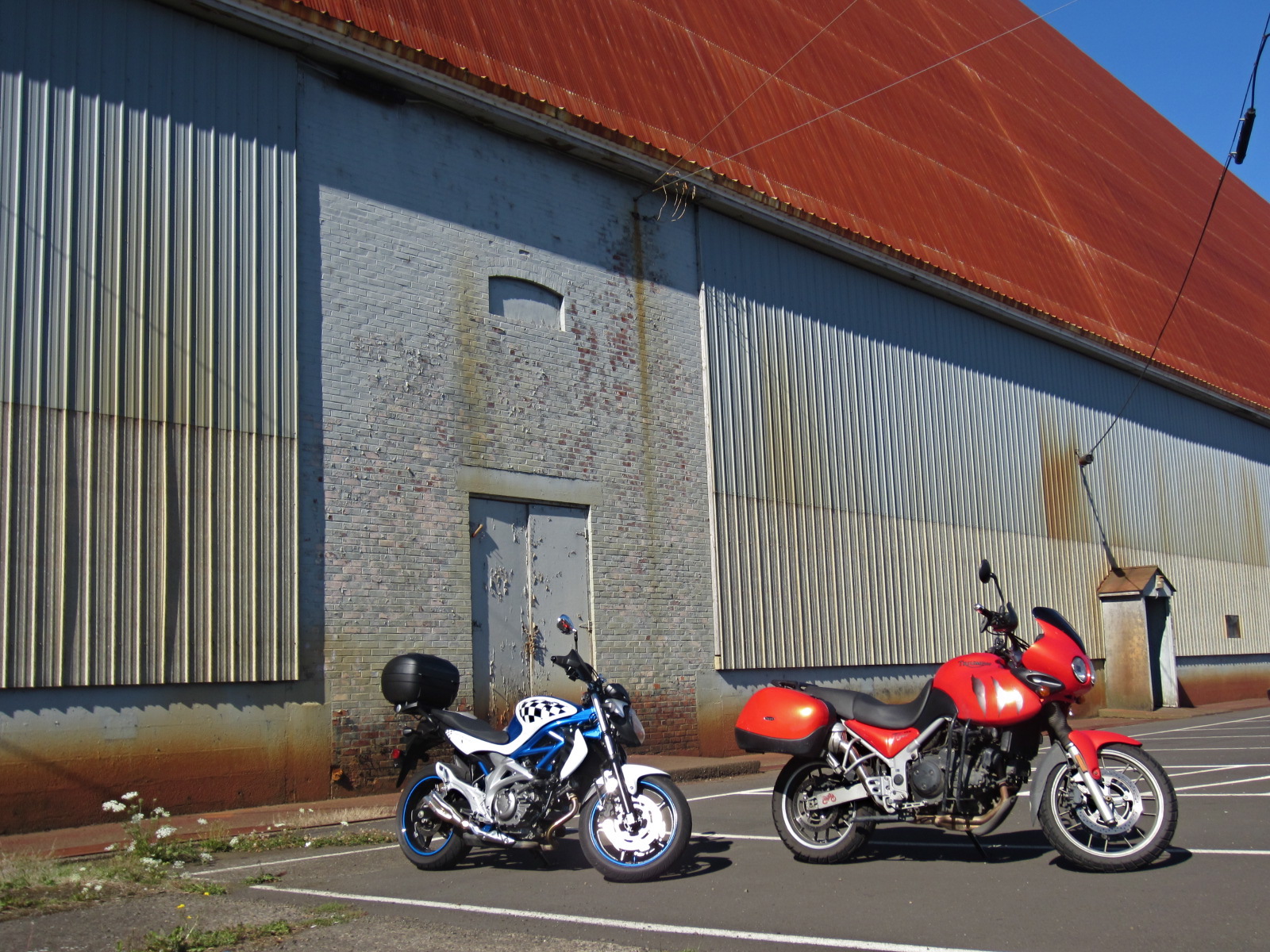 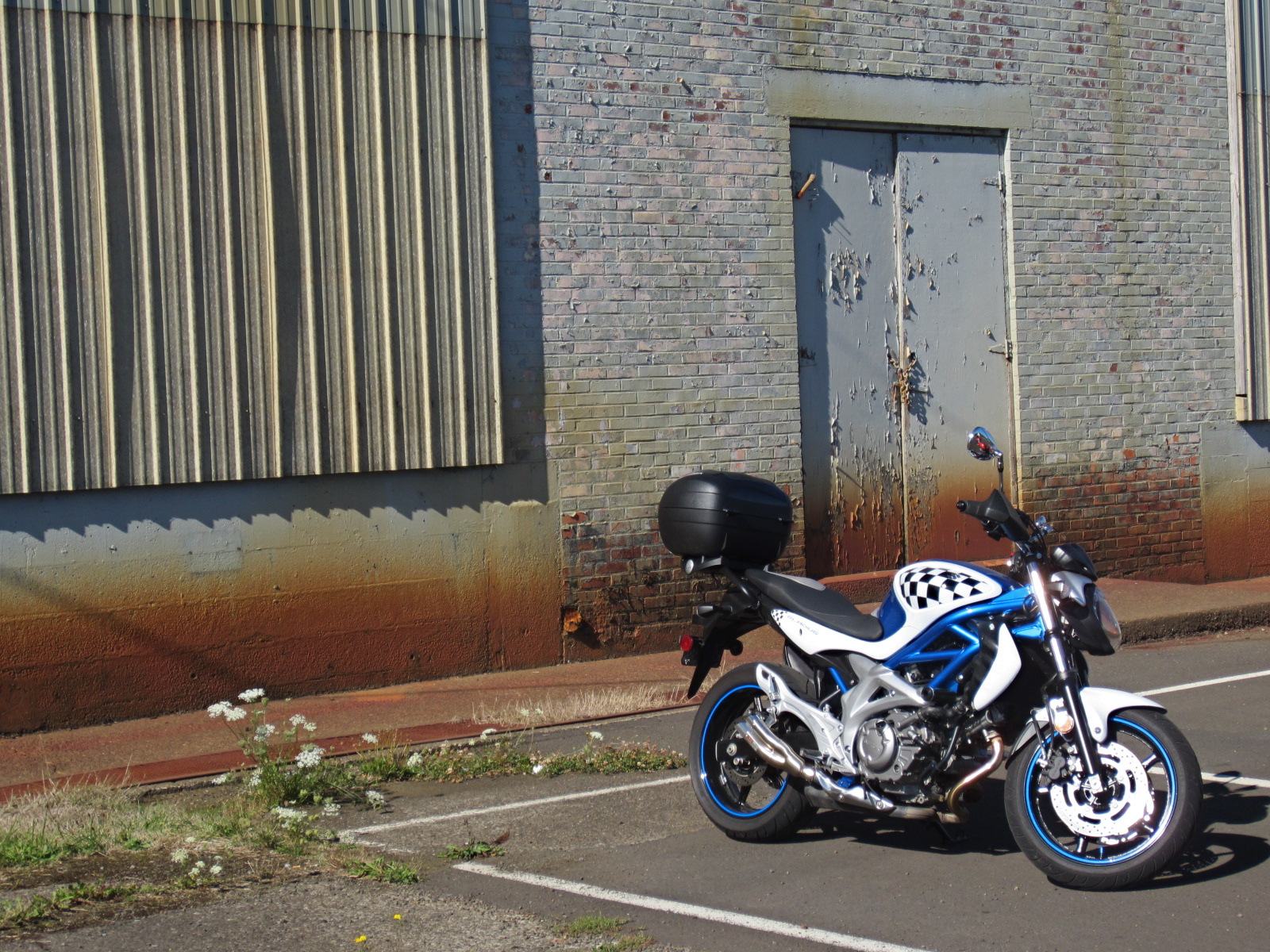 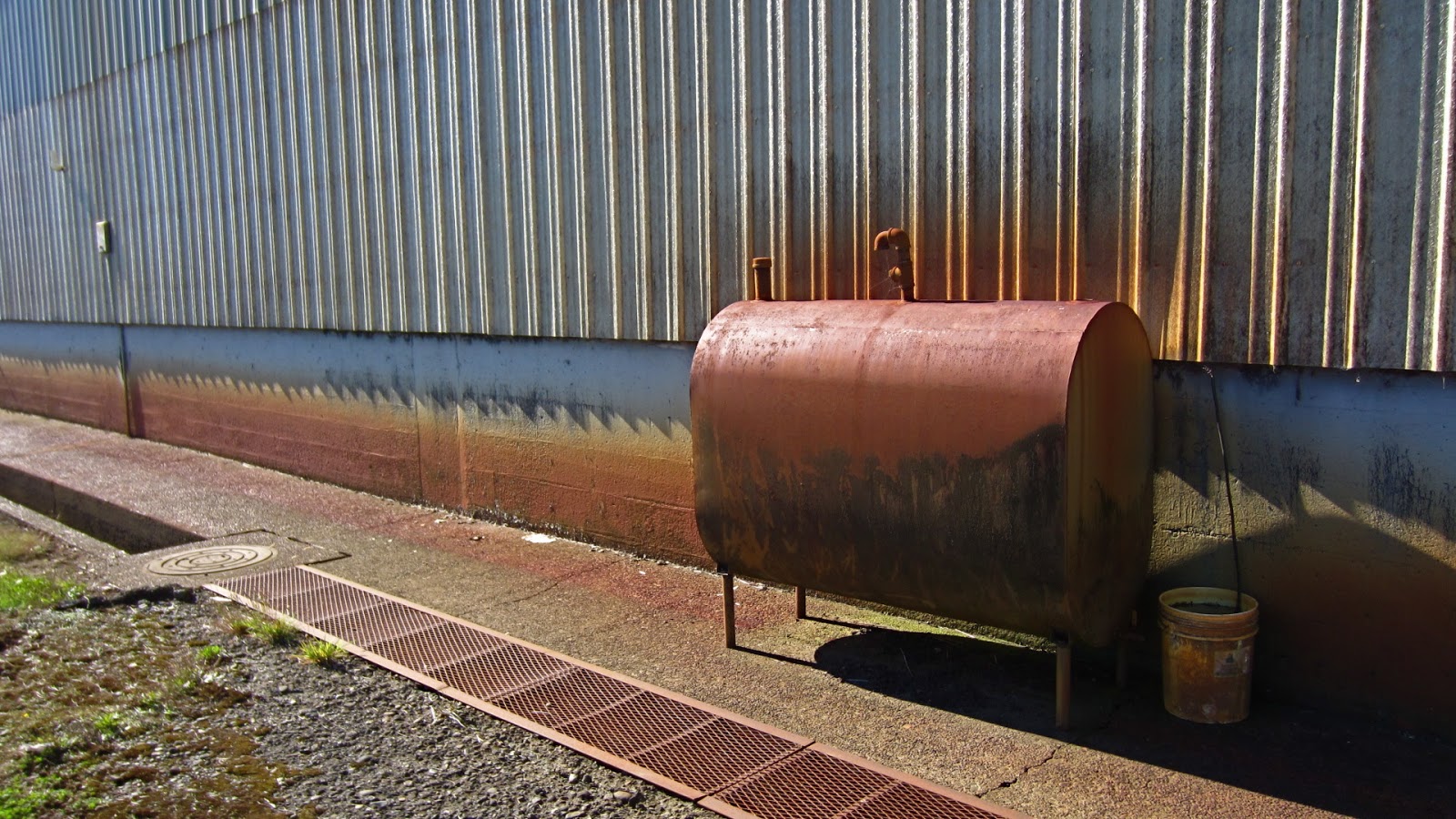 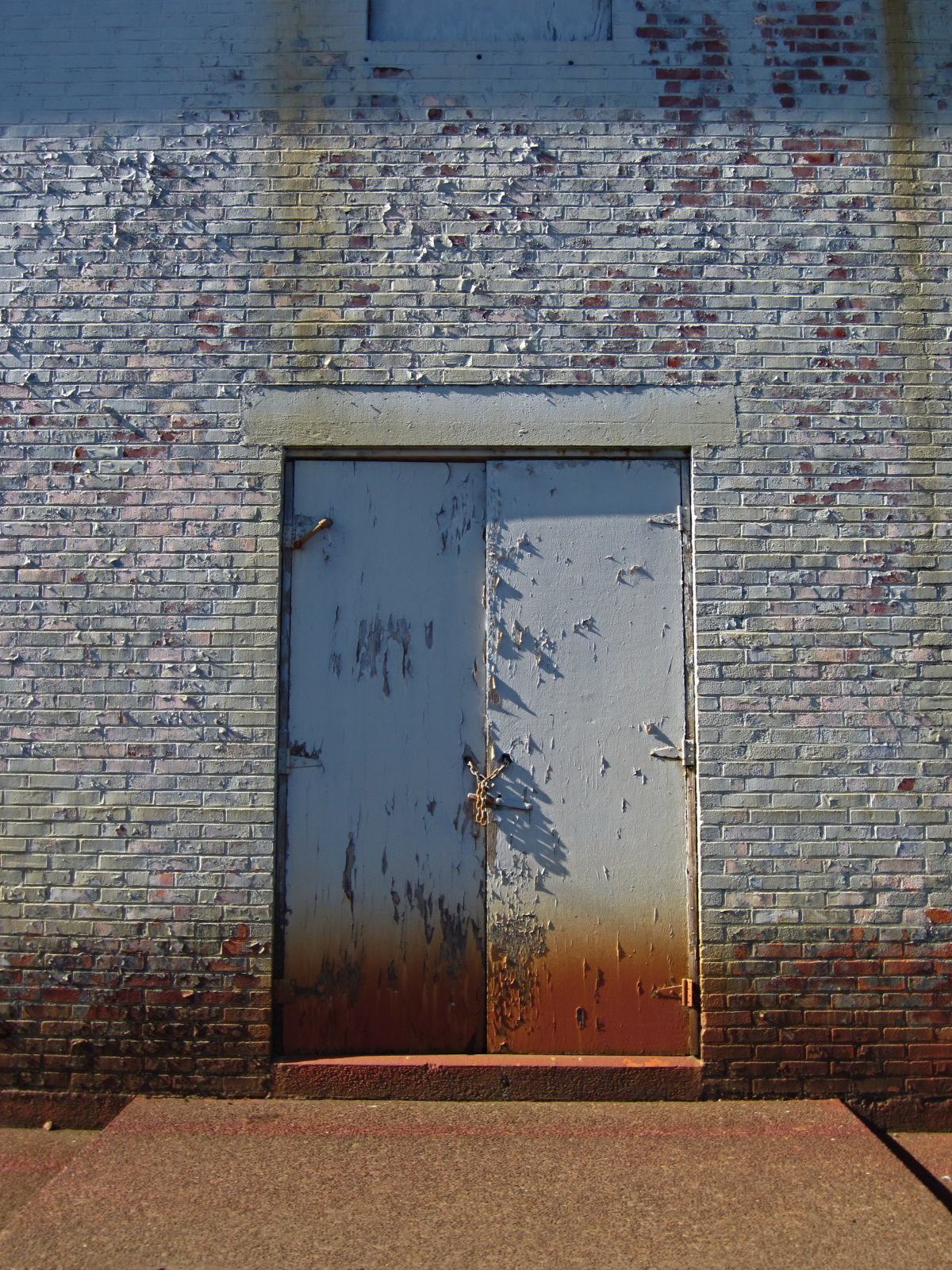 We suited back up and headed South on 101.  Fuelled up at the Shell station in Beaver where a rumpled looking man sporting a mullet asked me if my bike was a Kawasaki KLR650.  I pointed down at my tank and said, "This?".  He nodded and I replied "It's a Suzuki."  He looked perplexed and got in his green Kia Rio.  I could hear Brad in my helmet over the Senas telling me not to engage the locals, lol.

We turned East and took a back country road up into the hills. Blaine Road turns into Forest service road 85.  We took it as far as the information Kiosk at Bible Creek Rd.  We stopped for a minute to change our face shields from tinted to clear since we were in the hills and the trees were casting shadows on the corners making it really difficult to see.


We went South on Bible Creek Rd.  A narrow twisty road that for the only time that day made me wish I was on a different bike on a cloudy day.  Tight 15 mph corners with blinding sunshine turning into darkness.  I had to slow down enough so that I didn't overshoot the corner I couldn't see and end up going over a cliff.  Of course this was a forest service road so the bumps and frost heaves were sending my tush out of the seat on several corners as well.  I was thinking to myself - just get me down off this mountain.

We probably should have stopped in Dallas on the way home and changed our visors back to tinted as the sun glared at us from the west, but we were both tired and just wanted to get home. The temperature in the valley had also reached the predicted 88˚F (31˚C) so we were quite warm as well.  I think was our longest ride all summer.  We left just after 10 am and arrived home at 5:30 pm.  We covered approximately 200 miles (321.8 km).

For a full map of our route from the museum home to Corvallis click LINK.   If I could figure out how to embed the map, I would.  I welcome tips and tricks on how to do that on an iMac.

Bikes were put away, sweaty gear was stripped off, and beer and hard cider were consumed in the shade of our back deck as we reminisced about our day.

"....I cannot endure to waste anything so precious as autumnal sunshine by staying in the house.  So I have spent almost all the daylight hours in the open air." - Nathaniel Hawthorne, 10th October 1842
.
Posted by Trobairitz at 4:35 AM