I believe some of you probably know of the itch to which I am referring.  There is no cream to treat it, but there just might be a cure if one looks hard enough.

Last month marked five years since I brought home my new 2009 Suzuki Gladius from the dealership.  I was tickled pink at the time of purchase and the first time I went for a ride I couldn't get the smile off my face.


If I give it enough thought, I'd say the itch has been building for a few years, but lately it cannot be ignored.  When I purchased the bike I was a few months shy of my 40th birthday and now I am approaching 45 trips around the sun.  So what has changed in the last five years?  I believe it is mostly the type of riding we do now combined with aging.

When the bike was first purchased, we were doing a lot of group riding and seemed to be always chasing the sport bikes around.  Gradually over time we pretty much stopped riding in large groups and have gravitated towards dual sport riding.  While I've never hesitated to take the Gladius over gravel or rough roads, it isn't the greatest tool for the job.  Read of a previous forestry road adventure HERE.
I have never been happy with the suspension of the Gladius.  While we've installed the GSXR shock and adjusted the SAG, rebound, etc, the bike really does not like any type of rough roads especially in a corner.    It is a perfect torque monster bike for riding somewhere on smooth paved roads as fast as you want to get there.  It seems as though the quality of our roads in Oregon have deteriorated over the last five years and all those rough patches make for uncomfortable riding on the Gladius.  It is almost like you are riding a little bucking bronco, but didn't know you entered a rodeo. 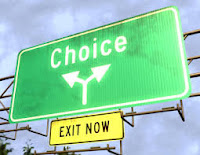 As I have aged my knees creak hurt a little more, my wrists get even more sore, and my hands numb quicker with the forward lean/crouched position  of the Gladius.

What does all this mean?  Well, we are starting to think of something a little more geared towards dual sporting with more travel in the suspension and a little more upright seating position, but at the same time, not a huge beast like Troubadour's Tiger or as small as the TW200.

Does this mean we are going to sell the Gladius?  Not at this point

Are we looking at others options such as a Ducati Scrambler, Honda CB500x, or Royal Enfield Himalayan?  Maybe - there is no harm in looking.

One thing I worry about is missing the peppy little v-twin motor in the Gladius.  We've thought about putting some TKC-80's on the Gladius and seeing what it can do.  We've also read online where people are putting KLR forks on the front and a taller front tire. Sounds like too big a project.  Now, I could combine the same v-twin 650 cc engine with dual sport capabilities by purchasing a Suzuki V-Strom, but I really don't want anything that bulky or heavy.

At this point I am in the debating/dilemma phase.  We know that the Gladius is not the tool for the type of riding I want to do or the quality of our roads right now, but at the same time I really love the bike.  We could technically keep it and purchase something else, but there is not a lot of room in our one-car garage and it wouldn't be fair for the bike to just sit there and not be ridden. Oh wait, that is what has been happening lately, although in my defense we had one of the wettest winters on record.

I think we've all had 'the itch' at some point.  I've heard it said that the perfect number of bikes is always N+1.  With the value of N being the number of bikes you currently own.

Suggestions, ideas, and opinions are always welcome from the blogosphere.  Have you had the moto-itch? And if so what did you do to scratch it?