Regular readers of this blog (I think there are at least one or two) have probably come to realize that my intended next bike purchase is was to be the 2016/2017 Honda CB500x.

My intentions the last few months have been to sell my 2009 Suzuki Gladius and then purchase a new more upright adventure styled motorcycle.  Unfortunately our fall weather has been uncharacteristically wet and used bikes have not been selling.

I'll try again in the spring.  What makes this easier to take is that there aren't any 2016 CB500 Xs for sale in the state with ABS.  If I am going to buy a new one I may as well pay the extra $300 for ABS and I like the color better anyway.  Women are fickle creature you know.

So, as I wait not so patiently for any scrap of information about the 2017's, Honda has remained silent in that regard.  Dealers seem to know nothing about the next years model of CB500x and Honda's website only lists 2016 and 2015 for that model.  Hmmmm 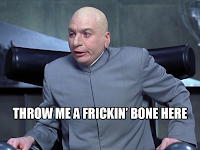 With all of the new information being released out of the EICMA I thought for sure we'd hear something.  One dealer in the Portland metro area did tell us they were waiting for a shipment.  Of what? 2016 holdovers?  2017s?  Throw me a scone here. (I'd say throw me a bone, but you know, I'm vegan)

I even tried sending Honda Motorcycles USA a Facebook message inquiring about when they would be releasing information on the 2017 CB500x.  I finally heard back from them, but instead of actually answering my questions on when and if we'll see 2017's, I get this cryptic response: "We apologize for the delayed response. We have some news this week that you will probably be interested in.  Stay tuned! (thumbs up)"

So, as I sit here with a triple shot of espresso coursing through my veins and my fingers drumming on my desk, I start delving further into the releases of the EICMA.  More than one small displacement "adventure bike" was unveiled at the show.  A Suzuki V-Strom 250, a BMW G 310 GS, and a Kawasaki Versys 300x.

I am really intrigued by the Versys 300x.  Not only did they announce that it was coming to the USA, but they already have it listed on the Kawasaki website.  LINK  And it seems to tick more boxes than the CB500x. They actually are producing it with a 19" front tire and 17" rear tire, gear indicator, light weight, ABS, and a 4.5 gallon fuel tank.  It too is a parallel twin.  The only box that isn't ticked when compared to a CB500x is that it is a 300cc motor.  I'd rather it was 400cc-500cc, but it is based off the Ninja 300 so you'd think that would be more than ample power for how I ride. An added bonus would be if I could get some TKC-80's for it.


This sounds like a good excuse to go and visit our favorite Kawasaki dealer to see what they know about the new Versys 300x.  At one point I was leaning towards the 2016 Versys 650, but just didn't want anything that heavy/bulky.

The Versys 300x would also be less expensive that the Honda so I'm thinking that might mean more funds for farkling too.

The winds of change......they be blowing.