While at Saturday morning coffee plans were hatched for a small group ride around King's Valley on Sunday.

Sunday morning dawned chillier and more overcast than we anticipated.  I opted to ride Max not only because he has heated grips, but also the plug for my heated jacket liner too.

PolarBear (Andy), SpartanBabe (Meg) and her hubby Josh, crossed the valley to our house and arrived just after 10 am Sunday morning.

Routes were discussed and debated and we chose PolarBear as our fearless leader.  Thanks for leading Andy!

We headed west on Highway 20 and turned north on Kings Valley Road.  It is not a technical highway but you do get to see some nice countryside before one group of 25 mph twisties.  This put us at Ritner Creek Covered Bridge.  A popular wayside along the route.  A nice time to stop for a snack. 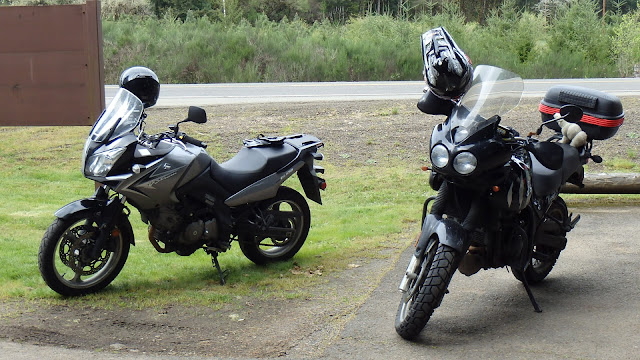 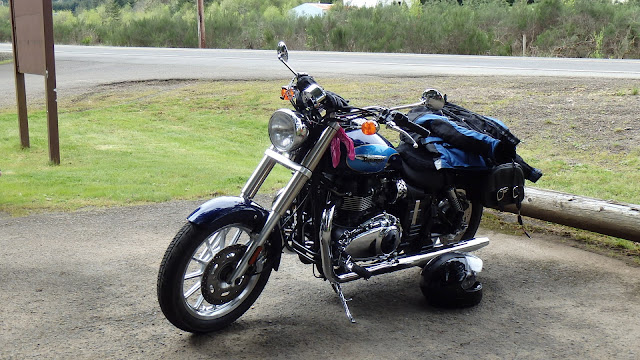 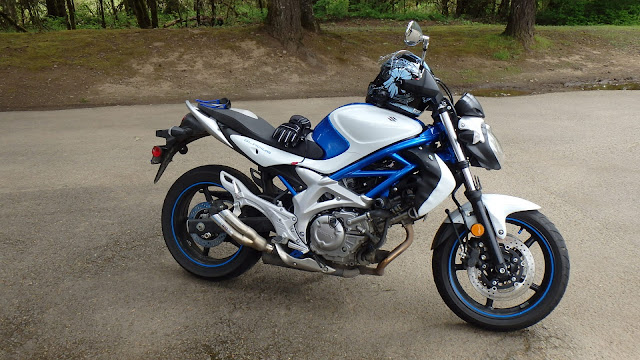 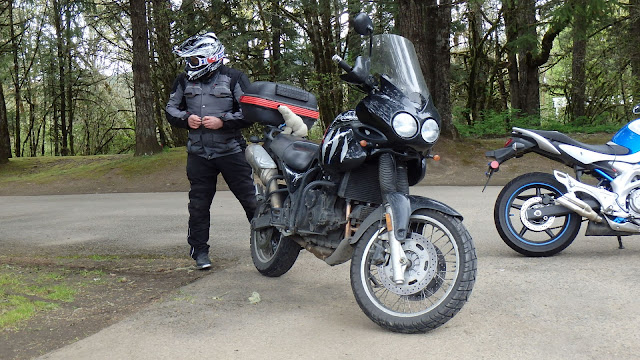 Somehow I managed to get a picture of all of the bikes but Lucy.  I think because she was parked by the loo and that doesn't make a great back drop.  Hope I didn't give her a complex leaving her out.

I did get one picture of the river taken from the bridge.

We saddled up and hit some more back roads meandering east over to Highway 99W and then north before cutting back across to King's Valley once again.  We stopped at the covered bridge for another break before figuring out a route home so that the parties could ride together for a while  before having to split to the different sides of the valley.

We arrive home just after 2 pm.  We only rode 100 miles but it was a good day to get out with some friends and ride.  It was probably far enough as my darn toes were cold by the time we got home and it also started to sprinkle on us too - just enough to get the face shield spotty.  My fingertips were a little chilly, but my upper body was toasty warm with the heated jacket liner on.  Man I am glad Troubadour urged me to buy it.

I've noticed that the photos above are a little on the dark side.  This may be due to the overcast day or me getting used to another new camera.  More details on that in a follow-up post. But I will say I followed Bobskoot's advice and bought a "life proof" Olympus Tough TG-830 camera and returned the Nikon to Costco due to iPhoto interface issues.

I also managed to find Basil's happy face while testing the new camera.  He was happily sunning himself on the back deck last week. 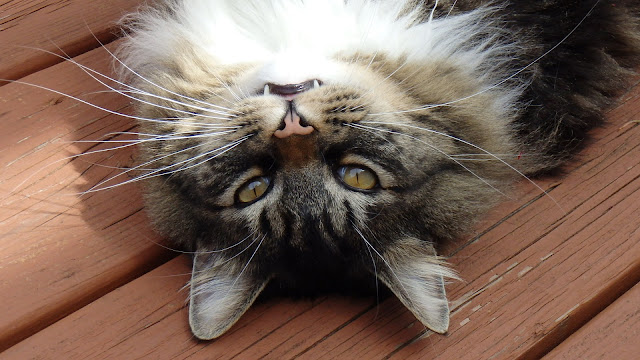 " The function of a friend is not to have a function." - Detlef Cordes
.
Posted by Trobairitz at 10:19 AM