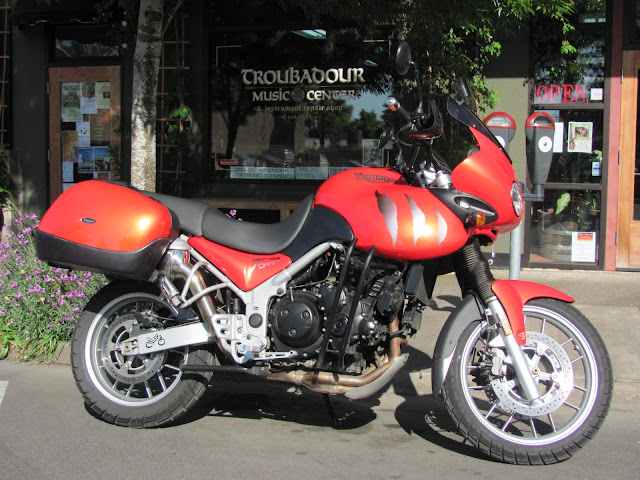 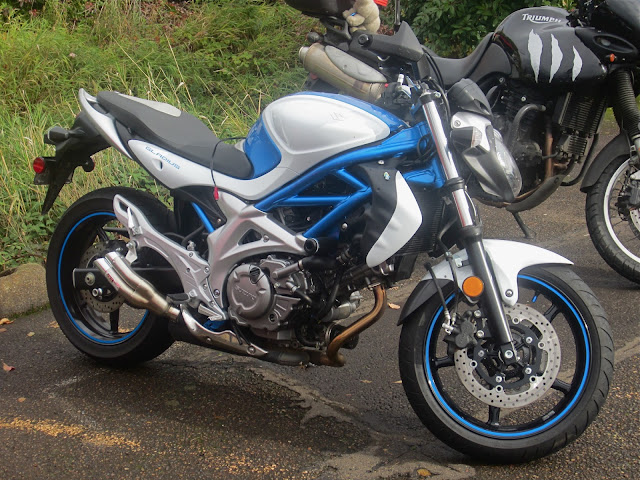 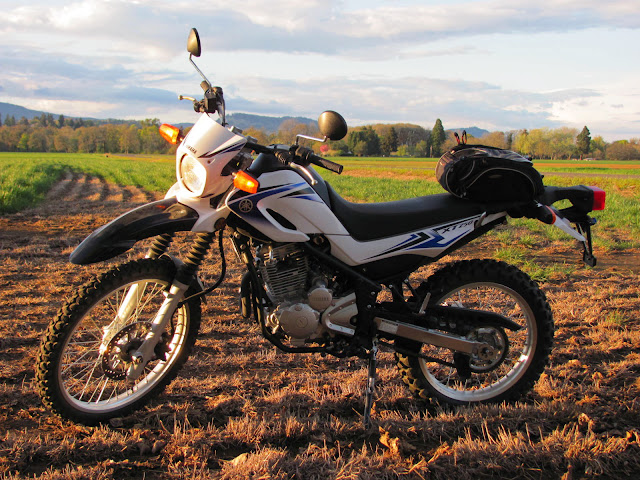 We've been thinking of adding a smaller dual spot to the moto-stable for a while now.  Something lighter than the Tiger for Troubadour to chase the guys around the back woods and something small enough I could handle it to chase him around forestry roads and gravel.

The opportunity came last week when he spied a used 2009 Yamaha XT 250 for sale on Craigslist with only 42 miles on the odometer.  A woman in Colorado bought it new in March 2012 from a dealer, put 42 miles on it, scared herself silly and decided to sell it.  She moved to Oregon at the end of February this year and was looking to sell at a fair price.

A week ago Sunday we went and looked at it but it wouldn't start. It still had fuel in it from a year ago and the pet cock (fuel shut off valve) had been left open since February when she last started it.

On Saturday after coffee we once again drove an hour to see it.  This time we were armed with PolarBear's trailer, fresh fuel, new spark plug, and a variety of tools, not to mention PolarBear (thank you Andy) following on his Tiger.

They drained the old fuel, changed the spark plug, tinkered a bit and after gently stuffing a gas soaked shop towel down the air box it fired right up.  They tweaked the idle set screw and Brad took it for a quick putt.  It was a done deal.  How could we go wrong - it is basically a brand new machine.

They loaded it on the trailer and we brought it home. 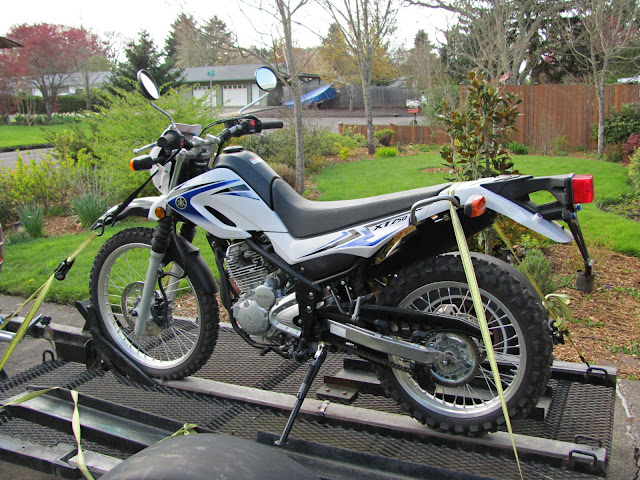 Last night the rain stopped long enough for Brad to take it for a quick ride for a photo shoot.  He was quite pleased with it and thinks it was a perfect addition.  Now to clean the garage and make a little more room.  Three bikes can be a little tight in there. 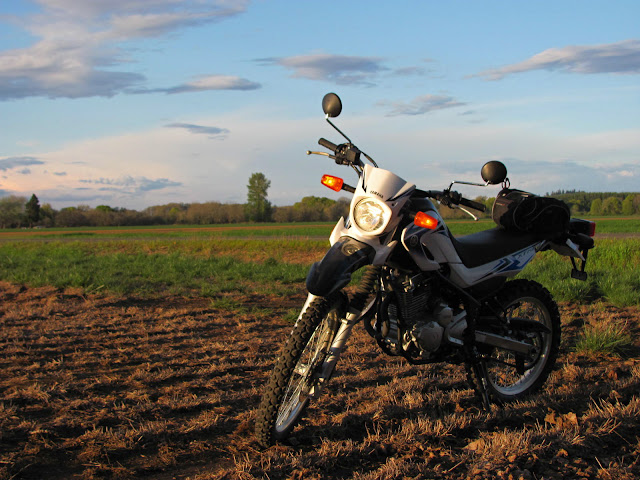 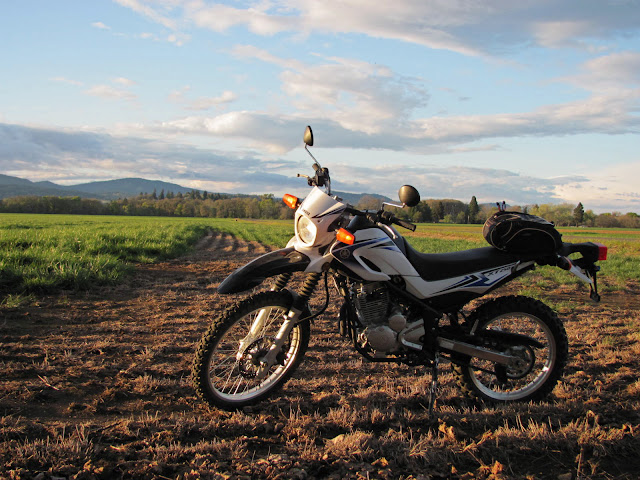 I've heard rumors of a dry weekend coming up, but I am not holding my breath.  I should just be glad we don't have snow.

"Life is too short for traffic." - Dan Bellack
.
Posted by Trobairitz at 6:13 AM