Little more of this and that

.
Seems I haven't had a lot of time for blogging and writing posts lately. Not too sure what we have been up to. Yes, work is still crazy but mellowing out as the boss is back on his feet (so to speak).

Let's see. For Labor Day weekend we did a few things. I know I made a pie on the Friday. That was yummy. I don't bake often though. With just the two of us we end up eating it all, but we don't really need it.
On the Saturday we went to morning coffee, then headed to Portland for the All British Field Meet that is held at the Portland International Raceway (PIR) every year. On the way we stopped in Salem at the Royal Enfield/Ural dealer. Looked at a few, sat on a few. They were kind of a cool old school looking bike, but I don't think we'd actually purchase one. Was good to look though. We were running late and north towards Portland we went. We managed to get to PIR about 3:30. By that time the rain had cleared up and it was nice and sunny. This year they were saluting Healeys. We wandered around looking at all the cars and such, not many motorcycles there, fewer than last year. Finished off the afternoon with an iced vanilla latte and watched a few of the races.
Here are a few pictures we took in no particular order. Kind of a mix and match of British vehicles. 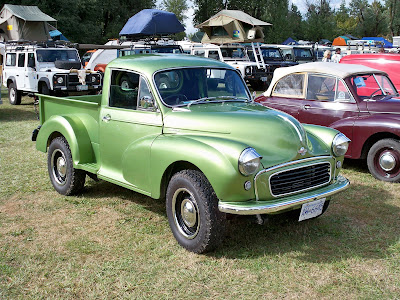 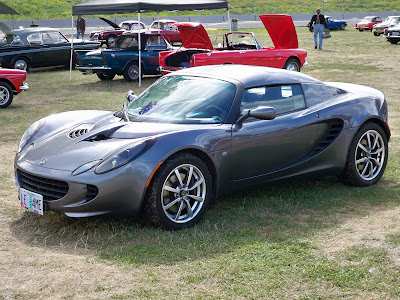 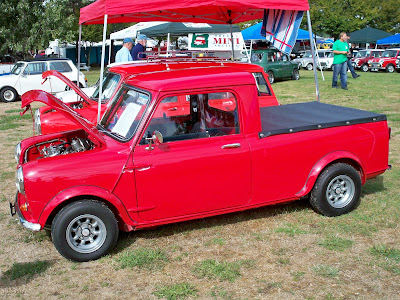 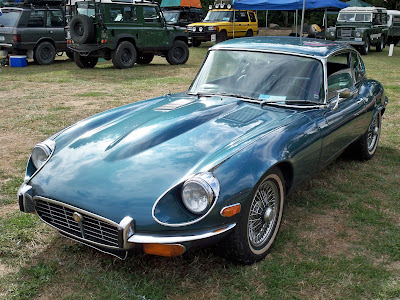 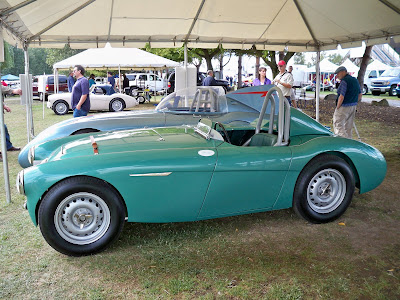 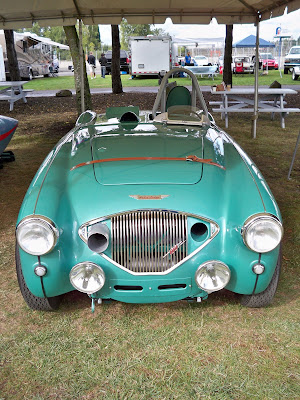 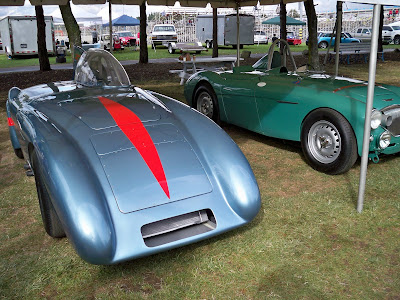 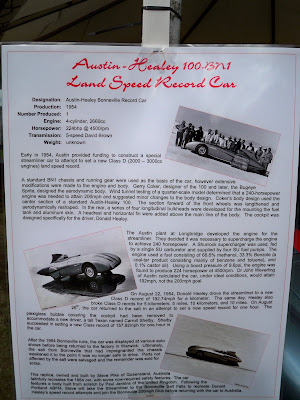 We had a great day and got home late. I honestly can't remember what we did on Sunday. I believe we had a 'stay at home and watch crap on TV' day because of the rain then headed out on Labor Day for a motorcycle ride. I found out later my brother and his fiance got married on Monday. So congratulations to Tiger and Tanisha. Here is a picture of the happy couple.... 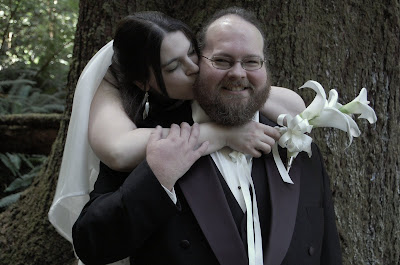 Last week turned out to be slightly chaotic. My boss tried to come back to work a little earlier than he should last Wednesday and overdid it, which meant scrambling around and cancelling things for Thursday and Friday. I did score another Friday off which was nice.
Saturday Troubadour went to morning coffee then we went for a motorcycle ride to the coast for chowder with a buddy in the afternoon. Was a nice relaxing ride at a good pace. Didn't manage to get any photos though.
Sunday was also a good day. Started out overcast and a little cooler so I made us some tasty homemade vegan blueberry muffins for breakfast and we decided to putter in the yard. Started off cleaning up debris from under our sequoia tree out back, then limbed it up, then cleaned up that mess. Then moved a canvas and metal gazebo from by the patio door to underneath the sequoia. Looks nice down there. If that wasn't enough we decided to tackle the brick patio that was here when we moved in 3 years ago. It is 11' x 11' but isn't in a great spot. We want to build a 16' x 12' wooden deck off our french doors and the brick patio was partly in the way. So..... we took every brick up by hand, cleaned off every brick one at a time then stacked them on a pallet for future use. They will make a nice base for a hot tub one day. That about did us in. We are still a little stiff and sore. 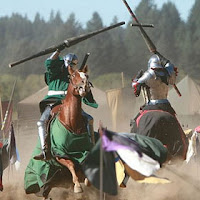 And now it is back to work but we are looking forward to this weekend as it is the Shrewsbury Renaissance Faire. Yes, they really have jousting. This is a picture from a past year. We are hoping to get a lot of pictures to share.

"Be happy while you're living, for you're a long time dead." ~ Scottish Proverb
Posted by Trobairitz at 8:42 PM