Well, everyone seems to be posting up some pictures of themselves and/or motorcycles from way back when. I thought I'd give it a try. My first memory of being on a motorcycle was on my mom's old Honda trail bike when we lived in Princeton, British Columbia. I've posted a picture of it previously but here it is again. This is not a photo taken from the internet, this is a photo of her actual bike, sans the milk crate so often found on the back for hauling this and that. My guess is this would have been circa 1980 or so. 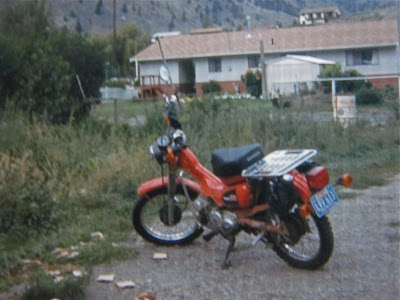 Sometime after that I can remember my step dad bringing home a really small starter bike for my brother. I don't remember whatever happened to the bike or if my brother continued to ride it, but I do remember my one turn on the bike. I panicked and hit the throttle instead of the brake and ran it up a wood pile. Didn't get hurt but then I didn't get on a bike after that for quite some time.

My mom had a Harley Sportster for a few years before it got stolen and I remember riding on the back of it but don't have any pictures.

I didn't really get into motorcycles until Troubadour and I met. He bought a motorcycle and i was always riding pillion with him, whether on the Honda Magna, Kawasaki KZ 900, or the Triumph Sprint ST. In 2002 he taught me to ride on the KZ 900. I took the Team Oregon Basic Motorcycle Training class that fall. After riding the small Rebels and Suzuki GZs with the forward controls and seat heights lower than a toilet seat, I couldn't get back on the KZ. It felt too big, too top heavy. So I didn't ride for several years except for pillion. House buying and renovations seemed to get in the way of that extra bike purchase.

Most of you that read this blog have heard the saga of my trying to find the right bike. Here is a recap. 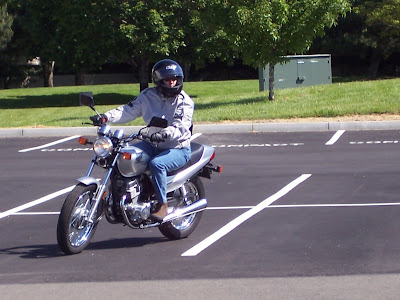 I found it a good bike to get comfortable on but at the same time it shook like crazy when trying to get up to 55 miles an hour. It almost felt like it was going to shake me off and I didn't feel comfortable. Sold the Nighthawk around Independence day and went searching for a larger bike.

Unfortunately I didn't stay practical and went for a bike I thought was gorgeous that everyone told me would be easy to ride. Late July we bought a 2006 Kawasaki Ninja 650r. 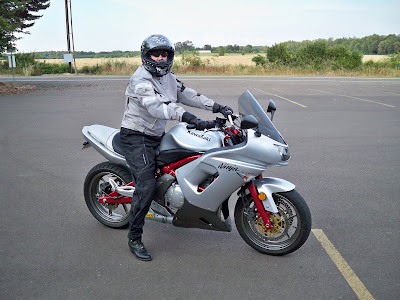 This picture was taken the first time I rode the Ninja. I was so happy. It was stable at highway speed and the wind was deflected nicely by the windscreen. I was worried about the fairing as I didn't really want a bike that had one and I think my mind did me in. It got to where it felt top heavy with a tank full of gas and too bulky. Even though I was fine when riding I felt I couldn't ride it. Troubadour was very patient with me and it went up for sale. Gave him a good winter commuter though before it sold in February 2010.

Late March 2010 we finally decided on the 2009 Suzuki TU 250. We read good things about them and that they didn't have the vibrations of a Honda 250 and were more stable. Prior to buying the Nighthawk we were actually thinking of a TU but didn't really want to spend the money, how ironic. They were hard to find so we ended up driving to Oregon City to purchase one and it was one of just two we could find in the State. Troubadour rode it the 90 miles home for me. This is a picture taken on the ride home from the dealer. 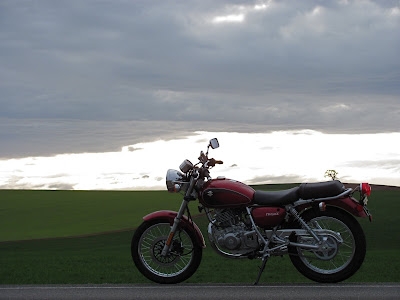 From the moment of the first ride I was comfortable on the TU. I still am. Not to say I don't get butterflies on the outset of a ride but with over 2000 miles under my belt I feel much better.

We rode to coffee yesterday and then took an impromptu ride to the coast for chowder. Not really any stops for pictures but Troubadour did take the camera out when we stopped at RickRick's to group together. 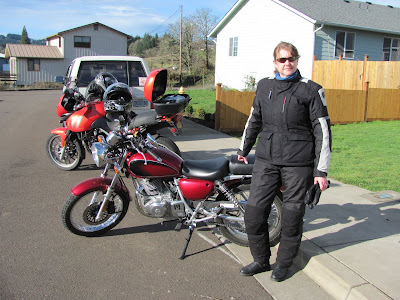 Notice how the TU has lost all badging. People can't figure out what it is now. It was 38 degrees when we left the house to head for coffee, but the sun was shining. We dressed accordingly. You can't tell from the picture but I had on Under Armour knee-high snowboard socks, REI fleece pants, my First Gear overpants, long sleeved shirt, t-shirt and my new Rev'it jacket. I was ready for the elements.

RickRick on his ZZR and Erik on his Scrambler were also along for the ride. 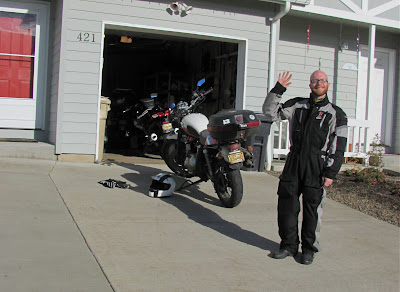 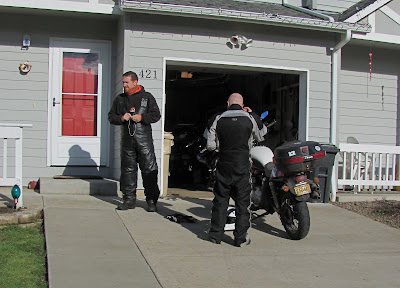 We took Highway 34 to Waldport and stopped for a minute. Heated grips went between high and low keeping my hands fairly warm. My thumbs were cold as well as my feet. North to Newport we went for a bowl of steaming chowder at the Chowder Bowl to warm us from the inside out. From there we took Highway 20 home. We fought a headwind the whole way. For some stretches I was leaned over the tank with the throttle wide open hoping to keep it at 60 mph. Wouldn't always do it in 5th gear but dropping to 4th helped.

Once again we are thinking of a bigger bike but I'll save that for another post. I hear I might enjoy a nice mild mannered Street Triple. Hmmmm? It is a Triumph. It is a naked bike. I am intrigued, but for now will ride the heck out of the TU.

Time for a time warp. Since I don't have pictures of me on any motorcycles when I was little I'll have to include some of me sans motorcycle. We don't have a scanner so these were all digital pictures taken of the original prints. 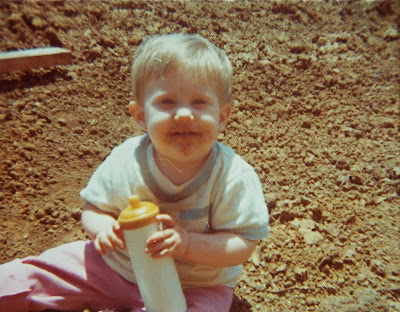 This was taken at my grandparents house in Roseburg circa 1974: 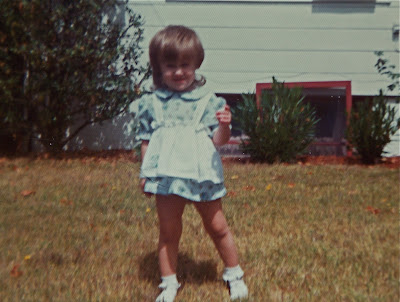 We moved to British Columbia in the summer of 1976. This was my passport photo: 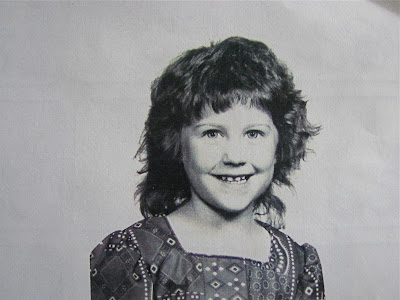 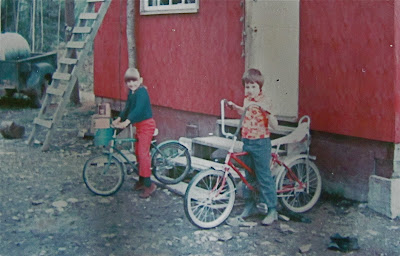 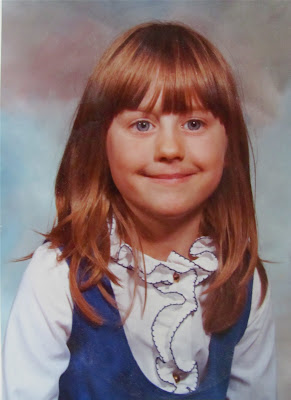 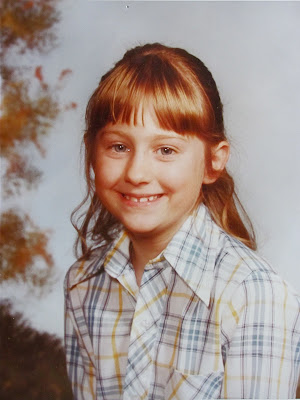 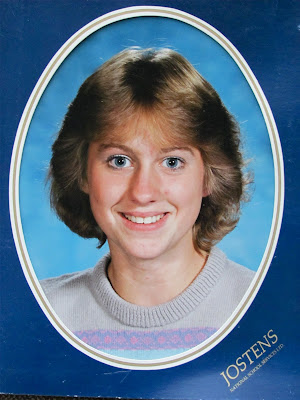 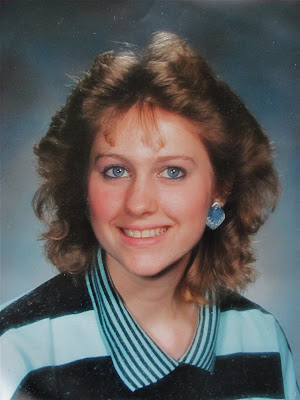 While in Grade 11 (Spring 1988), I participated in the Keremeos Rodeo Queen Pageant as Miss Firemen: 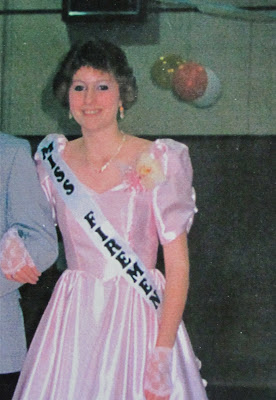 Which then entailed riding on the fire truck for the parade in May (any wonder I hate crowds to this day): 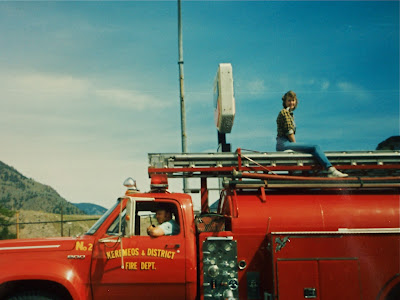 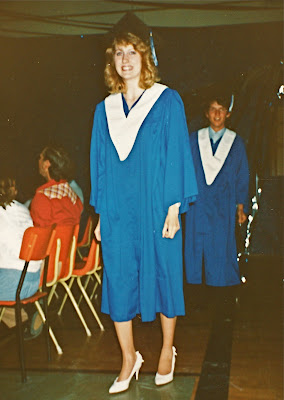 I was quite sick in the few years following graduation so there aren't many pictures of me. Fast forward to 1994 when I met Troubadour and we went on vacation to the Oregon Coast. Little did we know we'd be moving here. 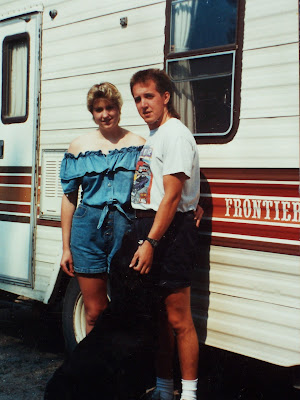 Time for another time warp to some even older photos. Here is a photo of my maternal grandfather Steve while he was in the service, this would have been prior to 1949: 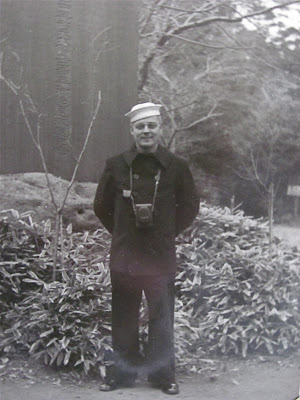 Notice the camera around his neck. He was always an avid photographer.

My mom with her maternal grandparents when she was little (circa 1952 or so): 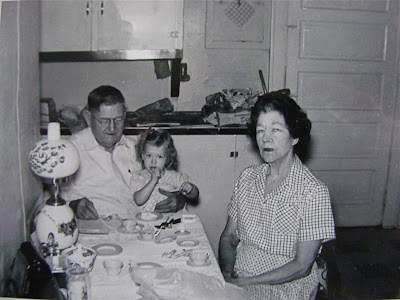 And the last picture is one of my all-time favorites. My mom with her show horse Diablo. Taken in the late 60's: 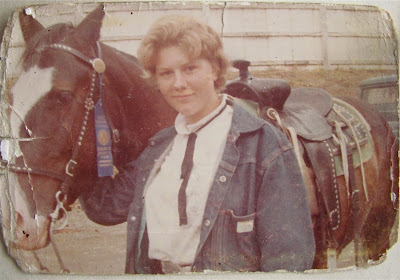 Hope this post wasn't too long. I am sure I've shared way too much and should be mighty embarassed, but maybe it will prompt a few others to post their 'back in the day' pics. Ahem, (hint hint) I know Troubadour has a few.......

"The past is strapped to our backs. We do not have to see it; we can always feel it." ~ Mignon McLaughlin, The Neurotic's Notebook, 1960
.
Posted by Trobairitz at 10:24 PM