A big thank you to everyone who participated in the Spring Challenge.
It was great to see all of the pictures.
*          *          *          *          *          *
When bored, I sometimes look at Craigslist to see what kinds of motorcycles people are selling.  It is not that I am in the market for anything, but more of a curious fascination for what is out there and what people are charging for their treasures on two wheels. Every once in a while I run across something that I would buy in a heartbeat provided I had a money tree.  This would be one of them.
The following pictures and write up were taken directly from the Craigslist Ad found in the Seattle area.  I started this post back in February, but needed to wait until after the #29in29 to post it.  The ad has since been deleted by the author.

1977 Triumph Bonneville Silver Jubilee $6,800 - (Kent, WA)
"Here is an excellent example of the limited edition Triumph Bonneville that was produced in 1977 to commemorate and celebrate the Queen of England's 25 years on the throne. It's not like the Queen ever rode a motorcycle or anything, but that didn't slow anyone down trying to use that connection to sell products... This particular model was based on the twin carb Bonneville, the top of the line at the time, with the 750cc engine coupled to a 5 speed transmission with a front & rear disc brake. It has special paint and badges on the side covers and fuel tank, and red line tires with no cracks or checks that were proprietary to the model, and no longer available. The steering lock and key are there also. The bike was bought from the original owner, and the clear California title is still in his name. The odometer shows 1672 original miles, and the matching engine and frame numbers combine with the correctness of all the fittings and accessories to show that this is an unmolested original."
. 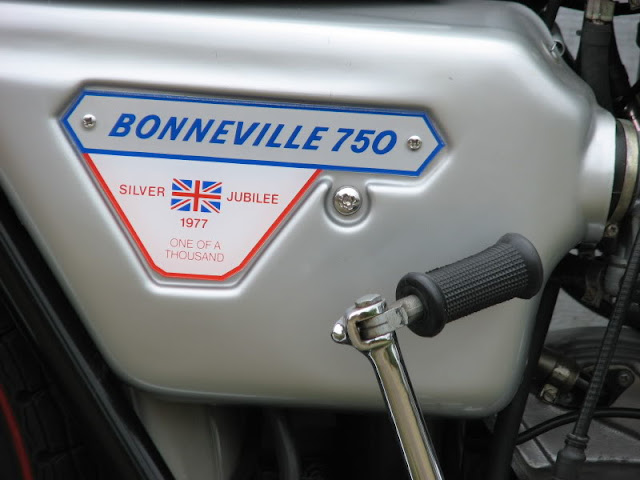 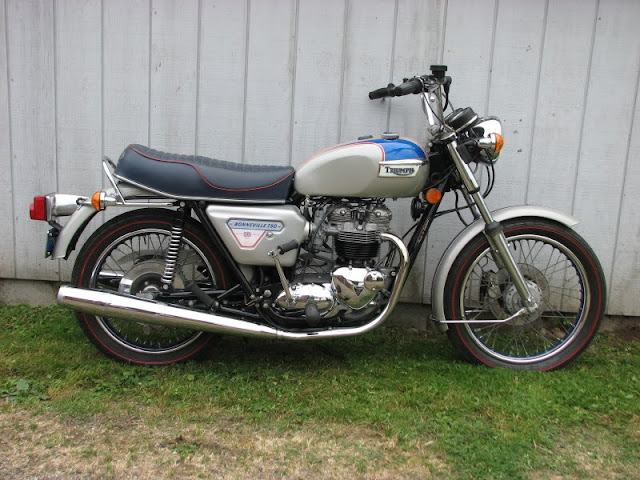 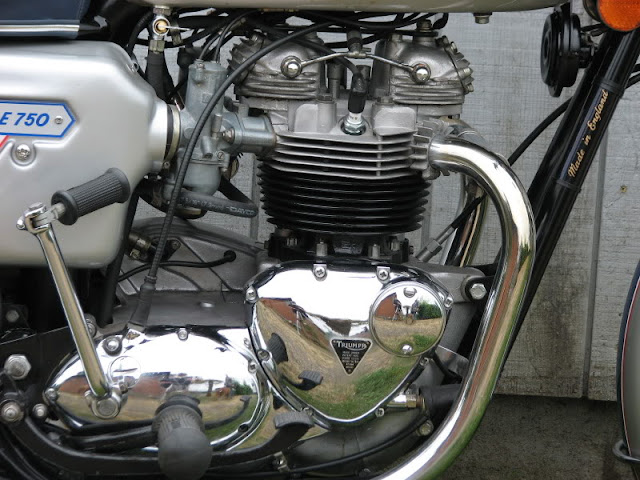 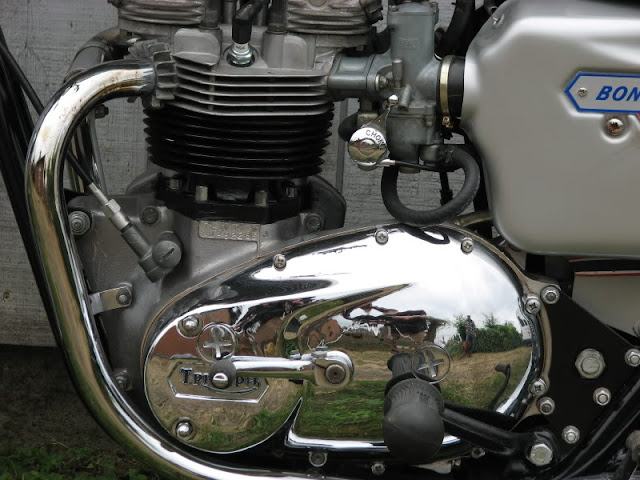 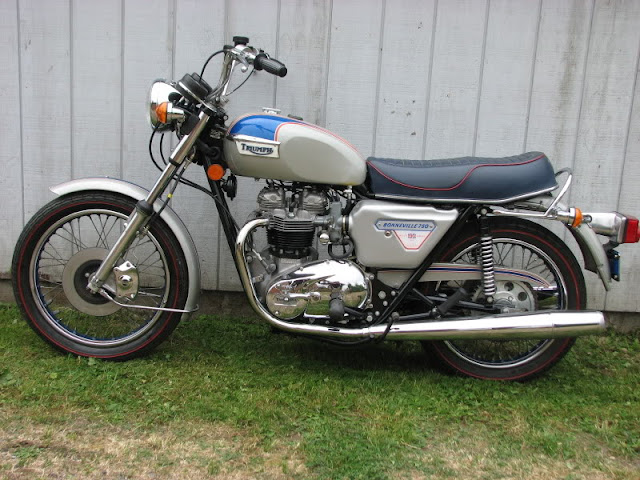 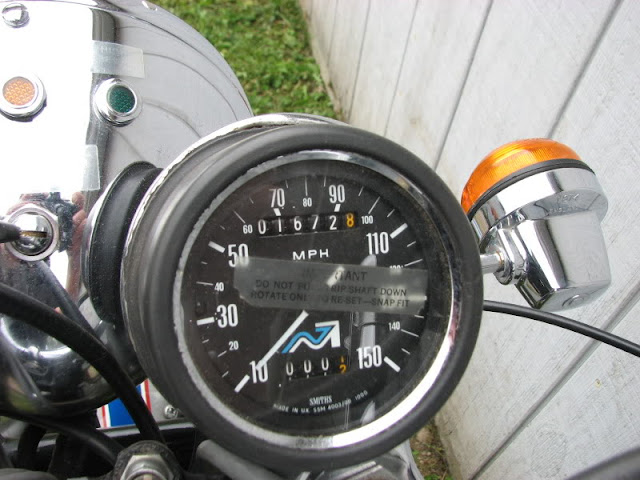 One of the gentlemen that comes to coffee is a bit of a collector and when I mentioned this bike to him he stated that if sold at auction, it would probably go for at least double what this seller is asking.  I don't know if that is accurate but you never know with limited edition items.
If I had it, I don't think I'd sell it, I think it would be a keeper.
- Au Revoir
" In every man's heart there is a secret nerve that answers to the vibrations of beauty." - Christopher Morley
.
Posted by Trobairitz at 7:30 AM