As promised in the comments section of my last post, I got a few pictures of Oregon State University's Fairbanks Hall for Martha, aka Tiny Puppetmaster over at Living Among Tourists.  FYI - She has a gem of a site and I suggest you check it out if you haven't seen it.  Her photos are beautiful and she has a great wit.
Yesterday I had some time prior to meeting everyone for Saturday Morning Coffee so I grabbed the camera and jumped in the car.  It was sprinkling and I didn't really want to navigate campus on the bike.
I headed out and turned east on Western Blvd with the intent of turning north on 26th to where it intersects with Jefferson.  Fairbanks Hall is located on the corner of 26th and Jefferson.  Sounds easy right?  Not when campus is involved.
At some point I couldn't go any further north as 26th turned into a one-way heading south.  Doh!
No problem I thought, I'll just do a little jog over to the West and up a street and loop around and......... dead end.   Doh!
Frick, frick, frickity,  frick frick.  Bad words were said.
Alrighty.  Backtrack west again, then north a few more blocks to make a bigger loop as I tried make my way to 26th.  I finally turned into a large parking lot hoping it would cut through to another street.  No such luck.  I parked the car in one of the spots hoping no one needed the Engineering or Student Health Services early on a Saturday morning.  I managed to get less that one block to the east and about a block and a half to the north of the Hall.
I locked the car and headed off at a good pace hoping not to get any kind of parking ticket.
As I got closer I recognized the Women's Building from my walk last weekend and saw how many trees were in front of Fairbanks Hall.  I was focusing on brick buildings last weekend and I think that is why I totally missed this one.
I present to you Fairbanks Hall, built in 1892 as a dormitory for men: 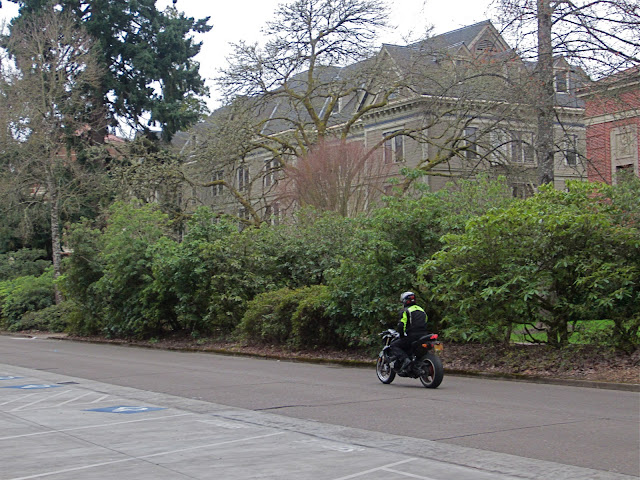 Do I get extra credit if someone I knew rode by on their bike while I was taking the picture?
As I walked closer I got distracted by a squirrel looking to bury a nut. 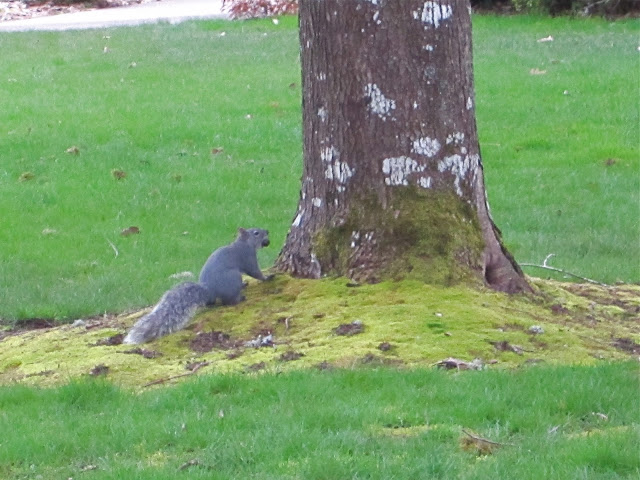 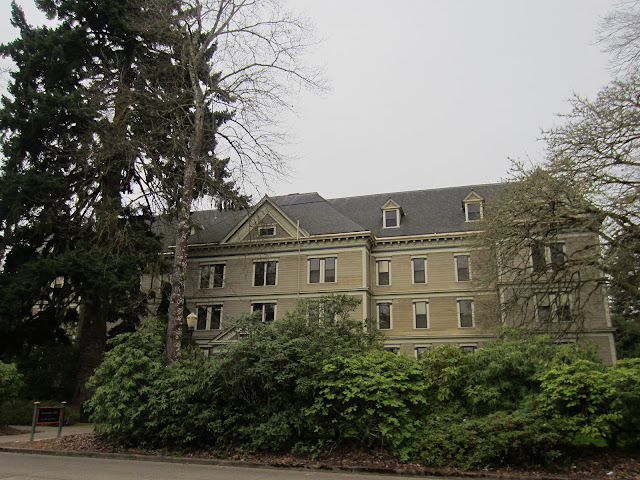 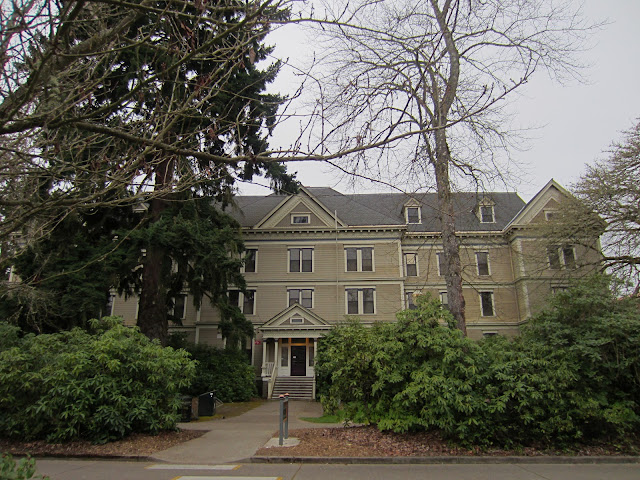 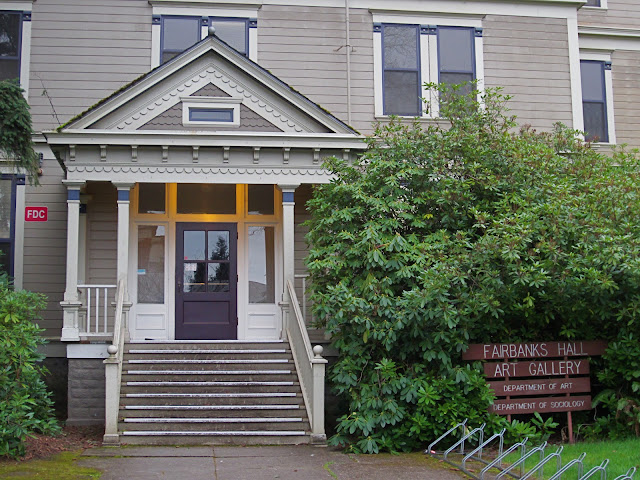 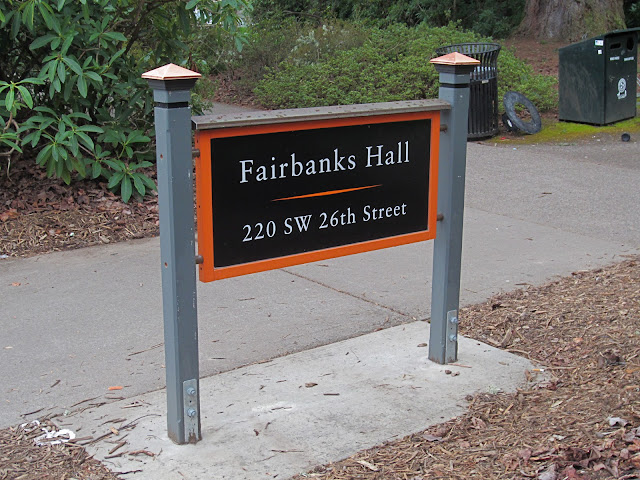 I am sure it has changed a little since Martha attend school here. I am thinking the trees and shrubbery have grown.
As I headed back to the car I cut through the Memorial Union Quad.  I'd spotted a tree blooming pink and wanted a picture. 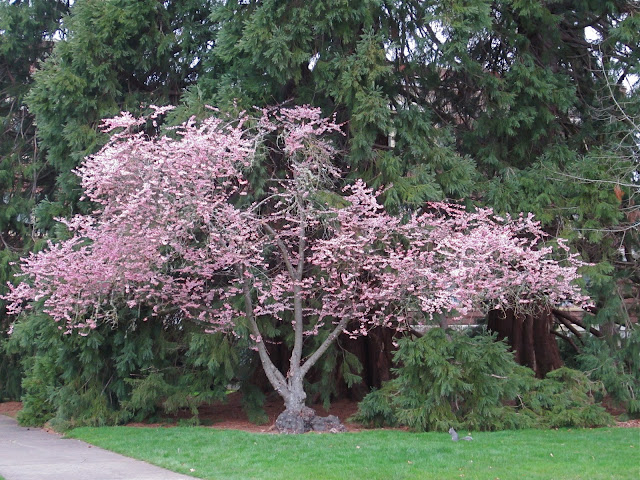 There was another squirrel running around it's trunk, but he was moving too fast to get him in the picture. The wind was gusting, but I managed to get at least one picture of the blossoms in focus.