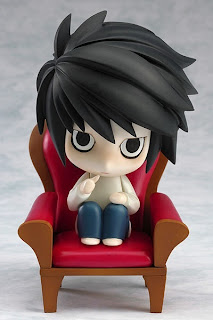 Last week ended on a weird note. Thursday Troubadour called a Suzuki dealer in Hillsboro that we've been to lots before to see if they had any TU 250's on the floor and to see if they were interested in perhaps a trade or a consignment of the Ninja. The salesman seemed eager on the phone. This got us excited.
We arranged to borrow a truck and Saturday morning had coffee with the bike night crowd, went to pick up the truck, loaded the Ninja and headed North on I-5. Saturday trafffic was crazy. Instead of the schools of cars fighting their way up I-5 it was one long group of traffic. No holes to be found. Was really glad Troubadour wasn't riding the Ninja.
On the way to Hillboro we stopped in Beaverton at a large dealership to see if they had a TU 250 on the floor. Yes they had one and the salesman was graciously willing to dicker on the MSRP vs the added $600 for freight and set up. We sat on the bike and were only there for a few minutes before heading out for lunch. We were starving. 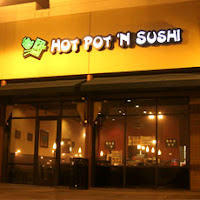 Stopped at Hot Pot 'n Sushi (yummy) for a quick break in Hillsboro and continued to the dealership where we were informed that their only TU had sold after hours the night before. Bugger! The eager young salesman proceeded to show us the thrashed Triumph T-100 they had just purchased from auction that we could have for the low low price of....... no thanks. He did some checking and said they had 2 TU's in their warehouse. He then proceeded to tell us they only had 1 TU in their warehouse, but the warehouse wasn't local - it was 55 miles to the south in Salem but they could have it in a few days.
They too had freight and set up added to the MSRP of the bike. It was only $500 but still a hefty amount when considering it is only a $3,799 machine. This dealer didn't even seem interested in negotiating that amount.
Next came talk of the Ninja. We know what blue book retail is for the Ninja and know what they could list it for sale, figured knock of $500 for their profit and we could come to a reasonable agreement on trade. They are a large dealership that has high sales and a large used bike turnover. We approached the trade idea. Out came the 4-square sales pitch form and he said he needed to take it to his manager. We decided to play the game for a bit after all the salesman had only been at the job a little over a month. The "manager" came out and took a look at the Ninja and said he would give us about $1,400 under blue book retail and low-balled the wholesale value. We said that that wasn't a fair deal and before we could ask about consignment and purchasing the TU everyone walked away from us and left us in the parking lot.

WTF just happend we were thinking. A no Ninja trade was a not a deal breaker to us, merely a suggestion or idea. We were still interested in the TU. But we were left standing in the parking lot by ourselves. We were walking buyers and they walked away. Again, WTF? I'm sorry, isn't this a tenuous economy? Aren't businesses looking for sales?
So we got in the truck and called another dealer, this time in Oregon City, and after being on hold to the sales department and having to call back 3 times finally got a receptionist to take a message since "all of the salesman were on the phone." Not with customers, but all on the phone. We were trying to check stock as it was on the opposite side of I-5 and it was getting late in the day.
We decided to return to the dealer in Beaverton since we knew they had one in stock and seemed willing to negotiate price. Two salesmen greeted us when we walked in the door and then no less than a dozen proceeded to ignore us once we were in the building. We were on and off the bike. Troubadour had the key turned, lights on, etc. The TU was parked by a stockroom door or managers office or some such door salesmen were going in and out of and not one, I repeat, not one, stopped to say hello, made eye contact or asked if they could help us. We couldn't even find the guy we had talked to 2 hours earlier.
So, with a few choice gestures and a big vocal thanks for the non-help we headed home. Less giddy and lower on morale than when we started the day that is for sure.
We headed back down I-5 stopping for a Starbucks in Wilsonville. Somehow that seemed to lift the spirits. Stopped at a motorcycle gear place in salem and tried on some boots, no luck there.
Finally we made it home, unloaded the Ninja and returned the truck. (yes we filled it with gas first) Went out for a nice relaxing dinner of a slice of pizza at one of our favorite places to eat - American Dream Pizza. Sat on the roof and just reflected on the day. Me drinking my unsweetened iced tea and Troubadour enjoying his cool PBR.
We've decided to take the bike to the Triumph dealer in Eugene to consign. Troubadour bought his old Sprint ST from him, and consigned it with him when he bought his Triumph America. Rod has been good to us and I don't think we fully appreciated him until dealing with other dealerships. He is an easy going guy with a relaxed sales style, no 4-square sales form with him. A call has been made and he is ready and willing to help us out. We may even take the Ninja down this Saturday. Troubadour would ride it this time as he can take our favorite backroads.
Oh, and here it is Wednesday and the one shop we left a message for in Oregon City has not called us back. Who knows if they had a TU in stock. You think with these economic times customer service would be a little better. c'est la vie.
-Au Revoir

"I went to a general store but they wouldn't let me buy anything specific." ~ Steven Wright
Posted by Trobairitz at 8:25 PM