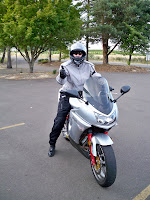 ... the Ninja's gone. That is right, we finally sold the Ninja. It took 6 months but we managed to find a buyer. We tried to list it on Craigslist in early January with no luck. It seemed that as soon as we'd post up the ad someone would flag it. Finally after it was posted and flagged 3 times in one day we gave up. On February 13th we decided to try one last time. Late that afternoon Troubadour reposted our ad and that evening we received an email.
A young man came out to look at it the next day and decided he loved it and bought it on the spot. Yeah. Thank you Troubadour for diligently washing and polishing it up before the buyer arrived. The buyer was a new rider (just endorsed last fall) so Troubadour graciously rode it home for him and he in turn gave Troubadour a ride back home afterward. It was a good excuse for one last ride on it in the sunshine. 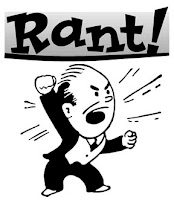 Now, since it has been several weeks since the sale, one would think I'd already had a TU250 sitting in the garage. Not so much. Unfortunately the tax man is taking about half of what we sold the Ninja for in Federal Income Tax this year. Seems when you are married and both work full time and do not have any little Petri dishes (aka children) as deductions you get hosed come tax time. We'll save that rant for another post.
You probably know from reading Troubadour's blog we have had company since the 19th of February. They just got the go ahead and went home yesterday. We haven't had much of a chance for bike shopping or riding lately. Wouldn't be nice if we ignored the company. We did all manage a trip down to Eugene to the Triumph shop last Saturday to drool over all the shiny bikes. I of course looked at the Bonneville SE and Troubadour has a thing for the Tiger.
Troubadour discovered in the last few weeks that he kind of misses the faring on the Ninja and the forward controls of the America aren't great on the rain slicked streets. On those chilly rainy mornings the Triumph is a little inconvenient (hence his resurrected love of the Tigers). This makes me wonder if we should be looking at a better commuter bike for him and put a bike for me on hold a while longer. I am having trouble spending the money on a bike for me knowing how little I might ride it. I know once I start riding again I'll want to ride more often, but right now it has been about 8 months since I've ridden. How sad. I am slightly worried that any skills and confidence I gained has all been lost. I think the last time I rode pillion was on the back of the Triumph for our soaking wet New Year's ride.
I am still looking at lots of different bikes and exploring my options. I still drool over the Triumph Bonneville SE but know it is probably too expensive and a little heavy a bike for right now. I need to work on my upper body strength. 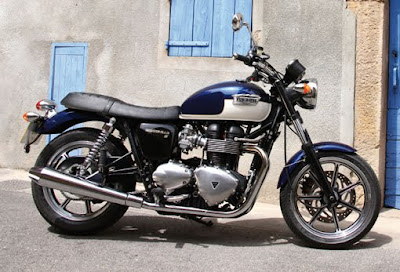 Of course I wouldn't mind having a nice Moto Guzzi v7 Classic in the garage either to putt around on on those nice sunny Oregon days. But again, too expensive for right now and I probably need something lighter. Although it should be mild mannered with only 50 hp and it is about 50 lbs lighter than the SE. 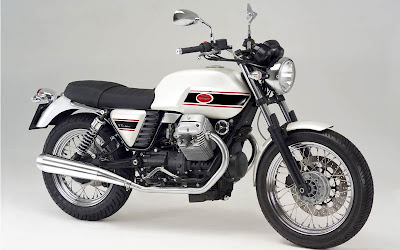 One would think I had a thing for retro bikes. I know.... baby steps. Get the TU 250 or some other smaller displacement bike and ride the heck out of it until I am comfortable moving up. It is pulling the trigger that I seem to have a problem with. Funny, if we were buying another bike for Troubadour I would have no problem spending the money.
Tomorrow is Saturday so we have morning coffee planned with our riding buddies and it looks as though the weather will be nice and a ride to the coast is in order. Maybe with the nice weather coming more frequently we'll get out on the bike more often and the riding bug will once again be nipping me in the butt. We'll see. Stay tuned.
-Au Revoir
"Some persons are very decisive when it comes to avoiding decisions."~ Brendan Francis
.
Posted by Trobairitz at 3:59 PM