Our Own March Madness 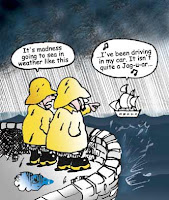 If the media has anything to do with it, when one thinks of March Madness, they usually think of basketball and NCAA Championships. Unless of course you are a history buff and March Madness has you thinking of the death of Julius Caesar. I think Brutus and Cassius might have had a little madness on the brain that particular Ides of March.
I discovered this last week when looking back at our transportation purchases over the last few years that we too suffer from a type of March Madness.
This year in March we purchased my 2009 Suzuki TU 250x. 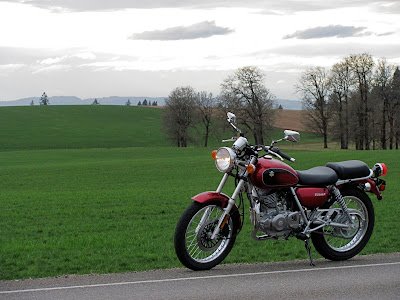 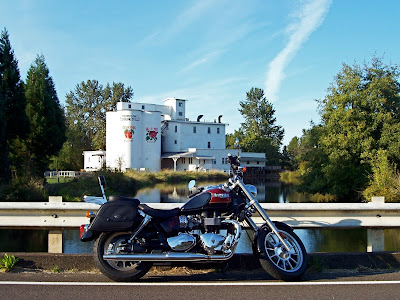 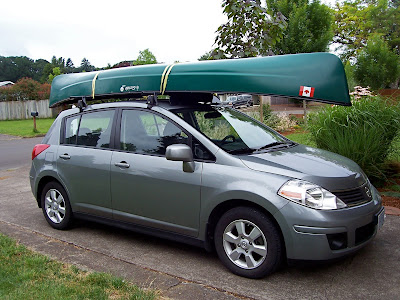 So what is it about March that 'fuels' our purchasing? I don't rightly know. Maybe after a chilly winter we are excited to get out and wander around the dealerships. Maybe after a cold winter the dealers all have really good sale prices or low interest rates. Whatever the reason I think we'd best duck and cover this time next year.
- Au Revoir

"The civilized man has built a coach, but has lost the use of his feet."~ Ralph Waldo Emerson, "Self-Reliance," 1841
.
Posted by Trobairitz at 7:30 PM